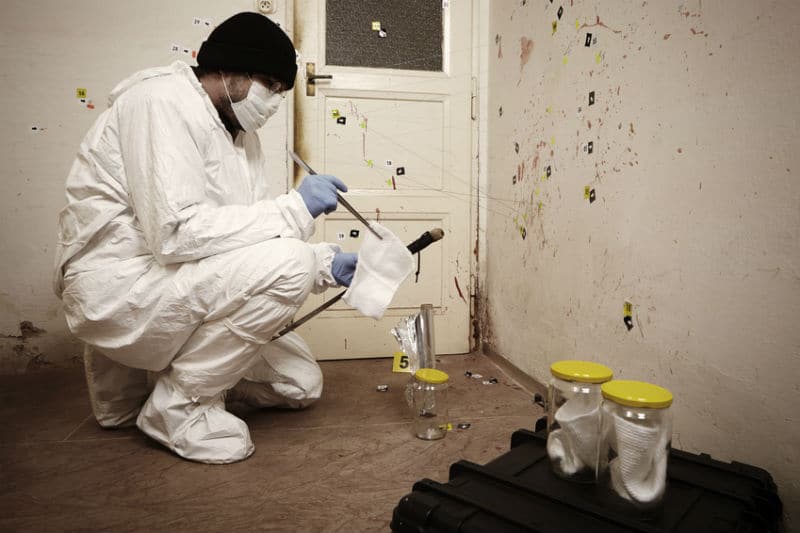 
Recently, British researchers achieved a great first: to collect environmental DNA (eDNA) in the air. One day, perhaps forensic scientists will be able to recover genetic material from the air at a crime scene. This innovation could also be used in anthropology or even in exobiology.

Environmental DNA: what is it?

DNA is genetic material found in the cells of virtually all living organisms. However, humans, animals and other plants release cells when they come into contact with their environment. DNA contains the genome, that is to say all the genetic information that living beings use in the course of their development, functioning and reproduction.

Over time, living cells break down and expel DNA. However, despite its microscopic character, this remains traceable for months and possibly years. This genetic material found in the environment is called environmental DNA (eDNA). Researchers from Queen Mary University in London (UK) published a study in the journal PeerJ March 31, 2021. Led by senior lecturer Elizabeth Clare, the team worked on sampling this environmental DNA.

“The use of eDNA has become a topic of growing interest within the scientific community, especially for environmentalists or conservationists looking for effective and non-invasive ways to monitor the biological environment. ”Elizabeth Clare said.

Scientists analyzed a dozen of air samples from air pumps (with HEPA filters) installed in a pet store. In this establishment were naked mole rats (Heterocephalus glaber). Next, the researchers amplified the DNA using Polymerase Chain Reaction (PCR) before sequencing it. The data were then compared with those of the GenBank. The researchers then found the DNA of naked mole rats in ten out of twelve samples. More amazing, each sample contained human DNA.

While human DNA was not the focus of the study, its discovery in samples is an important discovery. This means that human genetic material can also be detected in the air by sampling eDNA. Researchers believe that this technique could bring a lot to the forensic science in the context of solving crimes. Finally, it could also revolutionize other fields such as anthropology and especially exobiology, a discipline specializing in particular in search for extraterrestrial life.