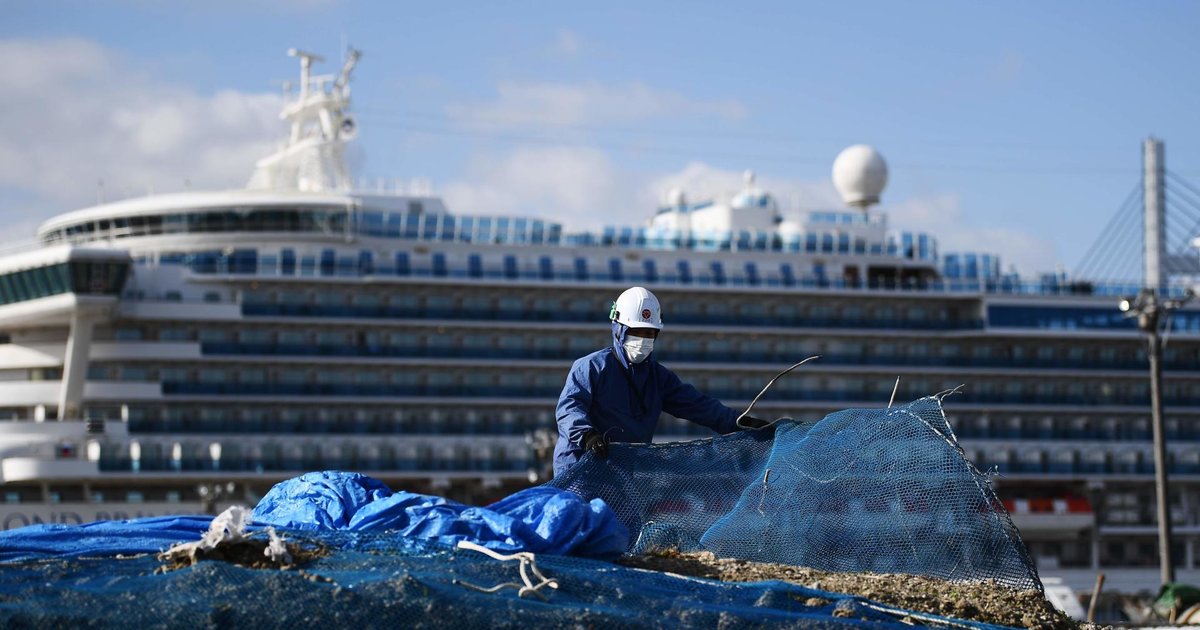 According to new epidemiological models, the new coronavirus would take the route of aerosols – in other words air – in about 50% of infections, can we read in a study published on February 4 on the journal website PNAS.

Since the new coronavirus first appeared, the question of its transmission has remained one of its best kept secrets. As recently as last month, our article on “The ten great enigmas of Covid-19” pointed to the “status quo” of knowledge on this subject. The consensus is that SARS-CoV-2 is transmitted via droplets and to a lesser extent invisible aerosols, in unknown proportions. As for the surfaces on which these vectors are deposited – the fomites – their role is still debated, although recent studies tend to prove that they would play a much less important role than estimated so far.

Studies on the transmission of the coronavirus are far from obvious. They generally use nebulizers (or misters), instruments that make aerosols from a solution containing the virus. But the nature and properties of the aerosols produced remain difficult to standardize, so that it is risky to draw conclusions. As for studies on humans, some have taken place in the past (thus asking volunteers to breathe in microbial aerosols to assess the transmissibility of a pathogen through protective masks), but they are questionable from an ethical point of view.

The study published yesterday did however take place on human beings, albeit under specific conditions. Does the name Diamond Princess remind you of anything? It was a cruise liner which, in February 2020, had to be placed in strict quarantine in the port of Yokohama in Japan, after several cases of Covid-19 were discovered on board, making the boat the first source of epidemic contamination in the world after China.

The scientists then saw in this situation a life-size public health experiment offering the possibility of studying the transmission of the disease in situ. Such a closed environment is indeed conducive to comprehensive data collection of the spread of the disease, which had affected 712 of 3,711 passengers and crew (plus 57 tested positive on their way home). Scientists were able to identify patient zero, a man embarked in Yokohama on January 20.

The importance of the mask

It is thanks to all this data that the authors of the PNAS, a team of epidemiologists from Harvard University, modeled the viral transmission routes aboard the Diamond Princess in order to estimate their respective share. According to their results, droplets, aerosols and fomites account for about 30 to 35% of infections. Importantly, aerosols (here considered as droplets smaller than 10 micrometers) caused infections in all three pathways and contributed to about half of the total infections. Another lesson from these models is that droplets and aerosols contributed equally to new infections before the quarantine began. Then once the passengers were isolated in their cabins, it was the aerosols that were the main engine of the transmissions. The infected surfaces were the least important factor of the three.

“Having a closed system makes it possible to make the best models”, comments Valeria Cagno, virologist at the Vaudois University Hospital Center, before objecting that “what happens in a cruise ship is not necessarily transposable to a general situation” . And to cite several limits, such as the absence of the “super spreaders” factor or the inaccuracies concerning the infectious dose.

Read also: Frequently touched objects do not retain the coronavirus

The spread of the coronavirus is therefore far from a settled case. These results nonetheless recall the importance, for the development of health measures, of controlling the inhalation of aerosols in addition to the rules already aimed at limiting the impact of droplets and fomites, conclude the authors, stressing the importance of masks. protection. They filter 98% of the droplets effectively down to a size of 5 micrometers. They therefore constitute a barrier that is certainly imperfect, but very useful for limiting risks.