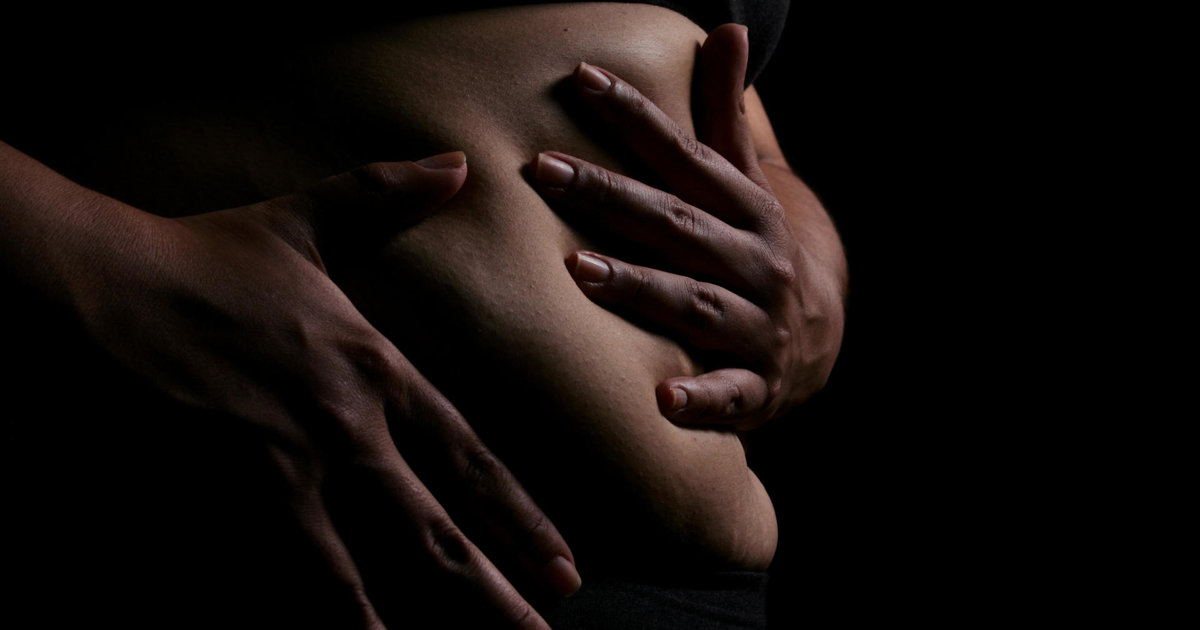 “They just have to eat less and move more!” Encouraged by reality TV, the common person always thinks that obesity is only a matter of willpower. Anyone is wrong. This overwhelming pathology 13% of the world’s adult population, was declared a “chronic disease” by the WHO in 1997 because it is the result of a multitude of factors that go well beyond the sole responsibility of the individual.

Between genetic heritage, ultra-processed foods, increasing sedentary lifestyle, but also alteration of the intestinal microbiota, stress of all kinds and even air pollution, the reasons for this scourge are so varied that the big shame should long be a thing of the past.

Read also:
On a crusade against obesity

However, this epidemic, soon to be “the leading cause of death in the world”, is still a shame for its victims. Which, for a year, have also experienced the double penalty of being at risk of covid. In It weighs me down, a book of interviews which has just been published by Editions L’Aube, Françoise, 110 kilos for 1 m 65, is very clear: his body is a “ball”, a “punishment”, a “prison”. “I don’t think I would be more handicapped if I were missing both legs.”

Like Gabrielle Deydier, author ofWe are not born fat, testimony-survey published in 2017, Françoise gives sociologist Smaïn Laacher the list of her inconveniences. Social, professional, romantic or family life: there is not one area in which her body, this “monster”, does not condemn her.

“When I met her, Françoise, 45, had not left her home for at least two years. And she has always insisted that our talks take place in the dark. ” Smaïn Laacher is one of the rare sociologists to be interested in obesity. This is why this interview, which dates from the 1990s, is still a curiosity, deplores in the preface Agnès Maurin, co-founder and director of the League Against Obesity.

Why this lack of interest? “No doubt the study of social representations has not yet fully measured the extent of the human disaster that is at play. The subject of obesity is undoubtedly despised because it is believed to be the sole responsibility of the individual, ”explains the specialist.

However, “it is accepted today that obesity obeys a systemic logic and finds its causes far from the unfair stereotypes of the bad diet and the lack of physical activity”. The causes, precisely? There are already “foods, fatter, sweeter, ultra-processed and cheap.” There is also the “way of life that has become more sedentary, associated with changes in the biological environment such as the increase in toxins or the deterioration of the intestinal microbiota”. In addition, “research around the genomic heritage has made it possible to identify more than 250 genetic regions whose variations predispose to disease”.

And then, more surprisingly, there are the “environmental factors”. “Numerous studies show that air pollution affects the growth and signaling of fat cells, while the responsibility for pesticides and endocrine disruptors is no longer in dispute in the constant progression of the disease.”

Finally, “stress, deep trauma, working and living conditions also act on the growing trend of obesity”, concludes the specialist, pointing to social inequalities in overweight. Gabrielle Deydier confirms: “With a population of 9.9 million, obesity concerns one in ten French people. But poor communities are the most affected. One in four smicard is obese. ”

Françoise, the interviewee of Smaïn Laacher, corresponds to the profile. “My mother always used to say: ‘Eat, it is better to make people want than pity. At mom’s house, lots of starchy foods. We were a large family, you are not going to buy green beans for everyone, financially, it was not possible. “

His daughter, Chantal, also suffers from obesity. When a child, she found herself in front of the blackboard, it was panic. “I was losing my words, because I always felt that everyone those looks judged my physique. ” In fact, the vexations are numerous. Gabrielle Deydier is treated as biggie in a youth hostel, while Françoise notes that “for a handicapped person, people will be attentive, us, it’s mockery, without stopping”.

The same on a professional level. Gabrielle Deydier notes “that an obese person is generally paid 18% less during his first job”, because she has integrated the fact of submitting. Or to be nice. Françoise: “My aunt, who was also fat, used to say:” Well, fat people, we always have a smile. ” We do it out of obligation, we smile to stay ahead of criticism. ”

With phrases like “I wonder what I could possibly see in the midst of all this fat”, many doctors practice big shame, condemns Gabrielle. Result, the young woman leaves her “body fallow”. And for sexual pleasure, it is not easier. “I have never undressed in front of a man,” explains Françoise. And I have never found a man who wants to undress me! At the same time, I was afraid they would try. When you are like that, you are never yourself. ”

The waltz of diets

In these works, it is of course a question of diets and bariatric operations. “I haven’t met a fat person who hasn’t been on a diet, it’s a desire to lose weight in order to be accepted by others,” says Chantal, Françoise’s daughter. “Every day you turn on the TV and you see the woman on the screen, she is thin. We don’t have the impression of belonging to society, we have no criteria to be attached to, we feel excluded. ”

Read about it:
I’m fat

Obesity is evenly distributed between men and women, but the latter are more complexed than their male counterparts. “Among the people who resort to bariatric surgery, 80% are women”, notes Gabrielle Deydier who underlines the violence of this operation. “Women are locked into hatred of themselves.”

“Every time I have been asked to lose weight, I have put on weight. I shine, I transform the suffering into binge eating “, protests the activist who fights against grossophobia and pays tribute to Anne Zamberlan for paving the way for fat acceptance in the 1990s. “We live in a schizophrenic society,” concludes Gabrielle Deydier. “Gaining weight is getting easier and easier, but the obese are still plague victims. I had to fight against my parents, against my teachers, against myself, to invent lives for myself. I hope that one day we, the big guys, will put an end to our run. “