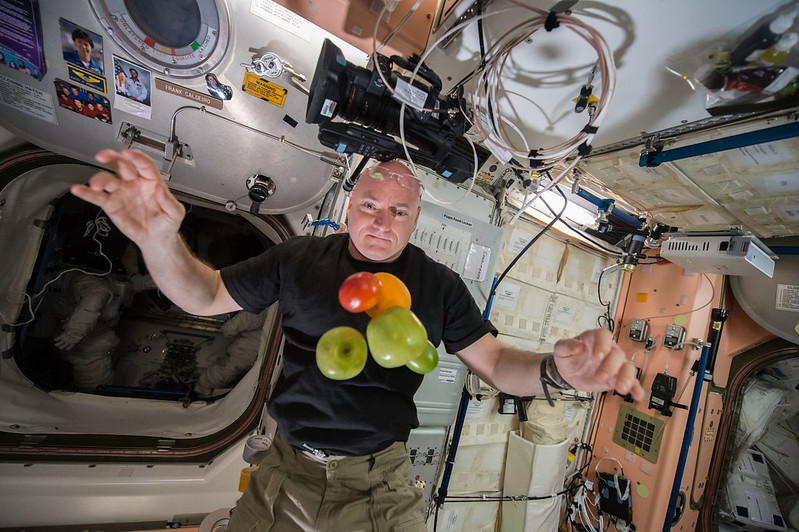 
According to a new study, after almost a year on the ISS, American astronaut Scott Kelly’s heart shrank just like endurance swimmers, but he remained reasonably fit. This research will obviously have implications for future long-term space travel.

The human body having evolved on Earth with its own gravity, our organism naturally undergoes some changes once in orbit. We know that astronauts in particular tend to have swollen heads, crushed eyeballs and shrunken legs. Their bones also become more fragile and their muscles are atrophied. However, these are not the only effects.

In space your heart gets smaller

In a study published on Monday, March 29, 2021 in the Circulation magazine, researchers point out that the largest chamber of the heart of Scott Kelly, who spent nearly a year aboard the International Space Station in 2015 and 2016 (340 days), had also lost in mass (about 27%).

On the other hand, having a smaller heart does not appear to have adverse effects on the astronaut, according to Dr. Benjamin D. Levine, professor of internal medicine at the University of Texas and author of this new work.

“Her heart adapted to the reduced gravity“, did he declare. “It did not become dysfunctional, excess capacity was not reduced to a critical level. He has remained reasonably fit. Overall his heart shrank and atrophied as you would expect when going into space.“.

It was in fact expected that less gravity would affect Scott Kelly’s left ventricle (the largest and strongest chamber in the heart). In the environment of the ISS, it does not have to pump as hard as on Earth. Being less stressed, it then loses its physical form like any other muscle.

On the other hand, it should be noted that for the astronaut, the narrowing of this chamber has occurred while exercising almost daily aboard the Station.

Six days a week, the astronaut would run on a treadmill for about 30 to 40 minutes or train on a stationary bike. He also relied on the ARED counter-resistance exerciser. This machine, made of vacuum cylinders, makes it possible to imitate the weights and dumbbells on Earth.

In their article, Dr. Levine and his team also compared Mr. Kelly’s heart to that of Benoît Lecomte, a long-distance endurance swimmer, as he attempted to cross the Pacific in 2018 (buoyancy in water has many of the same effects on the body in zero gravity). Remember that Mr. Lecomte finally had to give up less than a third of the way, his support boat having been damaged by a storm.

However, the researchers believed that all those hours of swimming (eight hours of swimming a day for 159 days) would be exhausting enough to keep Mr Lecomte’s heart going. Dr. Levine even thought his muscle would get bigger the more he exercised. Yet this one had also shrunk almost as quickly as Mr. Kelly’s in space.

This conclusion has not fallen on deaf ears, moreover. On reading this study, Scott Kelly indeed underlined that his heart had reacted “like that of an elite athlete!“

Note that these heart atrophies do not last long term. The hearts of the two men have indeed returned to normal size as soon as they returned to dry land.

In the meantime, a smaller heart could be a concern for future space missions. Scott Kelly’s efforts aboard the ISS have helped to limit the weakening of his bones and muscles, but also of his heart. Also, without exercises, the astronaut’s left ventricle would probably have shrunk further, leading to possible accidents.

On Mars, problems could then quickly arise if an astronaut was injured or fell ill and could not exercise. It is also possible that the equipment fails. With weaker hearts, future explorers might feel dizzy and pass out after months of weightless travel. This therefore explains the importance of this work which, in the long term, will enable agencies tocarefully anticipate the physical preparation of those concerned.