New “world’s largest iceberg” has broken off from Antarctica 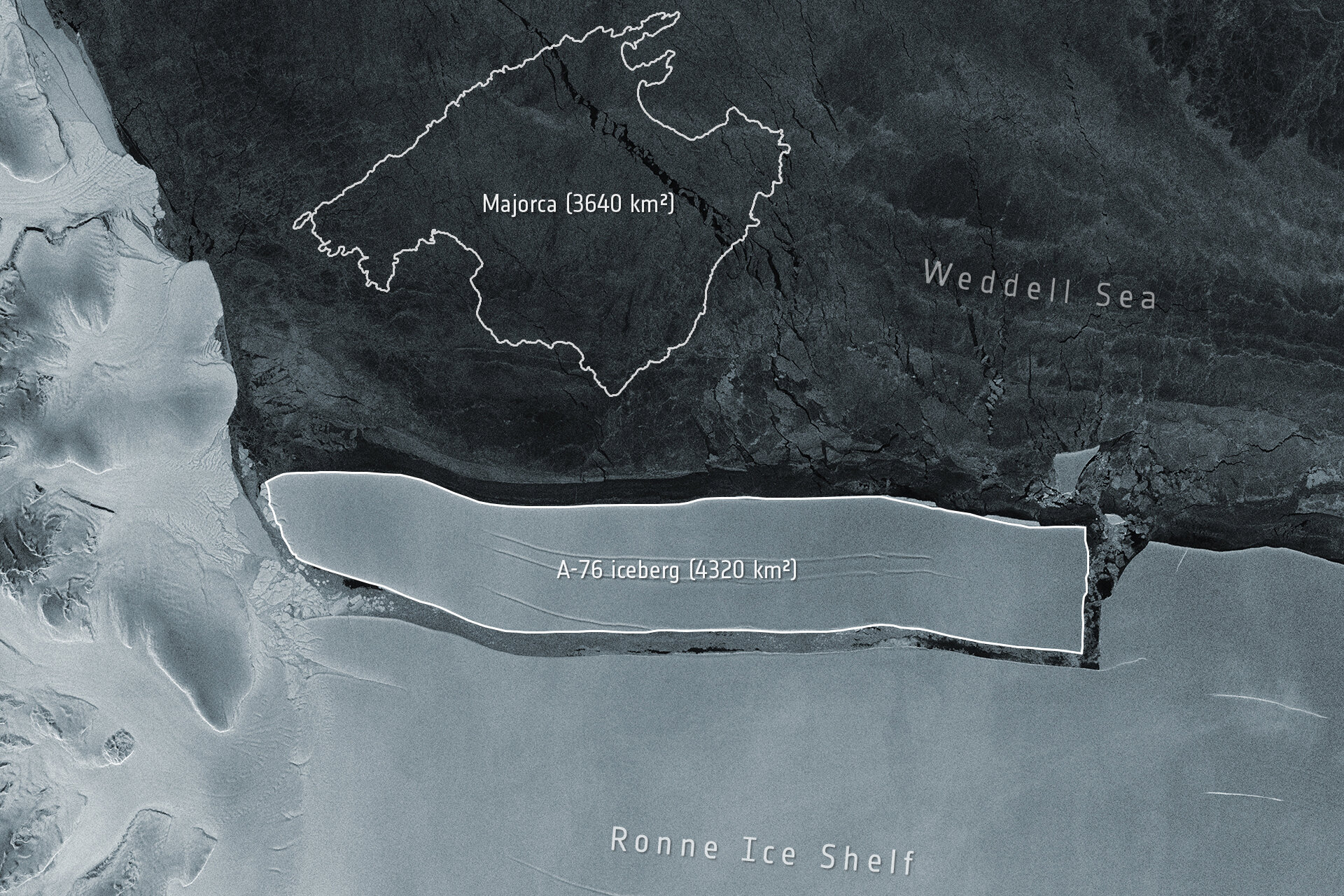 A giant new iceberg has broken off on the western side of the Ronne Ice Shelf in Antarctica, according to the European Space Agency. The structure is now sailing in the middle of the Weddell Sea.

It is the biggest ice cube in the world, before another comes to dethrone it. The iceberg, known as A76 following a naming convention established by the National Ice Center, separated from the Ronne Ice Shelf in Antarctica last week. This is a natural calving process that is not directly related to climate change.

Christopher A. Shuman, from the University of Maryland, likens it to a manicure: “If it’s the white part of your nail that gets cut, it’s not really a problem”.

The last major calving recorded on the Ronne plateau dates back to May 2000. Also note that this new iceberg, which covers approximately 4,320 square kilometers, was already floating on the water. In other words, it will not contribute to sea level rise by melting.

“The formation of the iceberg, however, brings renewed attention to the broader issue of ice loss, both in Antarctica and in Greenland”, says M Jackson, glaciologist and explorer for the National Geographic Society. “Although the Weddell Sea is not warming as quickly as other parts of Antarctica, the impact of climate change in the region cannot be ignored”.

By studying this new structure, researchers will give themselves the means to better understand the general state of the ice shelves in the region, and in particular the most unstable caps. This work is important, as these structures hold the glaciers in place. And unlike platforms that already float on water, the glaciers behind them are indeed on dry land. If it were to end up at sea, the melted water of these glaciers would therefore increase the sea level.

A threat to wildlife?

As for the fate of A76, researchers are still unaware of it for the time being.

Recall that a few months ago, a gigantic 6,000 square kilometer iceberg calved east of Antarctica, from the Larsen C ice shelf, headed with the currents towards the British island of South Georgia, threatening to anchor on the continental shelf surrounding the island. If this had been the case, the iceberg would have potentially cut off the sea lanes allowing animals to feed. Eventually, the huge ice cube shattered into several pieces before melting completely.

If the A76 hits similar currents, it too could reach the Antarctic Peninsula in a matter of months and interfere with shipping lanes, points out Christopher Readinger, head of the Ice Center’s Antarctic team. This is why climatologists will be watching it closely.