New species of bacteria discovered on board the ISS 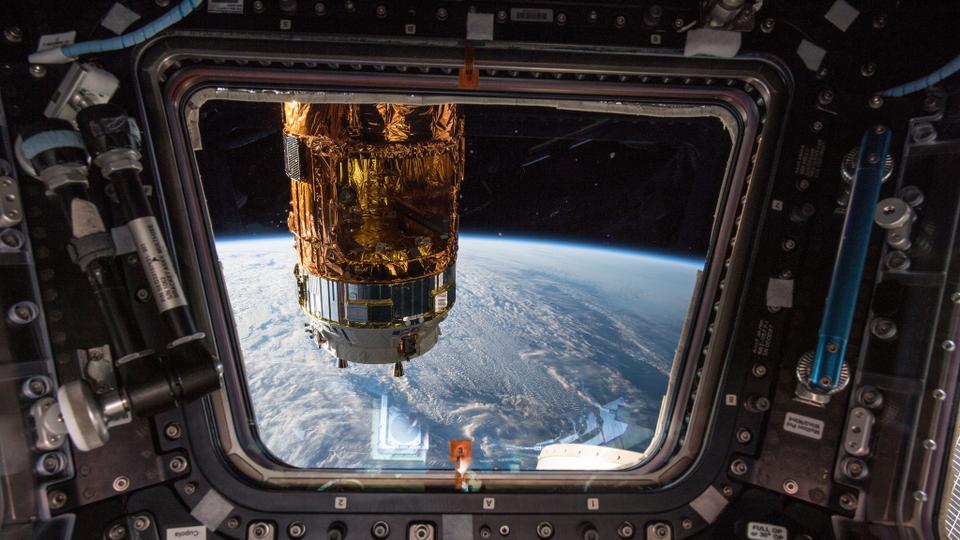 Researchers describe three strains of “good” bacteria found on board the ISS belonging to a previously unknown species. These could one day allow astronauts to grow plants on Mars. Details of the study are published in Frontiers in microbiology.

American and Indian researchers working in collaboration with NASA announce that they have isolated four strains of bacteria from the Methylobacteriaceae family, collected on board the International Space Station (ISS). One of these strains – Methylorubrum rhodesianum – was already known (discovered in an old HEPA filter in 2011). On the other hand, the other three, taken in 2015 and 2016, are new to science.

One was found on a hanging panel of ISS research stations, the second inside the observation dome, and the third on the surface of the dining table. These three strains were named IF7SW-B2T, IIF1SW-B5 and IIF4SW-B5. Genetic analysis also proved that they were closely related to Methylobacterium indicum.

According to the analyzes, they belong to a new species. The team, led by geneticist Swati Bijlani, proposed to christen her Methylobacterium ajmalii.

If the discovery may come as a surprise, remember that ISS astronauts have been cultivating small amounts of food for years. It is therefore not surprising to isolate microbes on board the station.

These four strains belong to a family of bacteria, found in soil and freshwater. We know that they are involved in nitrogen fixation, phosphate solubilization, tolerance to abiotic stress, promotion of plant growth and biological control activity against pathogens.

In other words, they are terrestrial bacteria, and what is more, “good” bacteria.

The discovery is significant, as NASA (and others) plan to establish a permanent fixture on Mars in the years to come. And to do that, we’re going to need allies.

“To grow plants in extreme locations where resources are scarce, isolating new microbes that help promote plant growth under stressful conditions is essential ”, underline Kasthuri Venkateswaran and Nitin Kumar Singh, of the JPL of the NASA.

Considering that these microbes can survive the harsh conditions of the ISS, the team subjected all four strains to genetic analysis to look for genes that could be used to promote plant growth.

Researchers have already found that one of the strains – IF7SW-B2T – develops promising genes involved in the production of a cytokinin essential enzyme, which promotes cell division in roots and shoots.

So this is great news for the future, and there could be many more. Indeed, the researchers have “only scratched the surface” of the microbial diversity present on board the ISS. About 1,000 samples already collected still need to be analyzed.