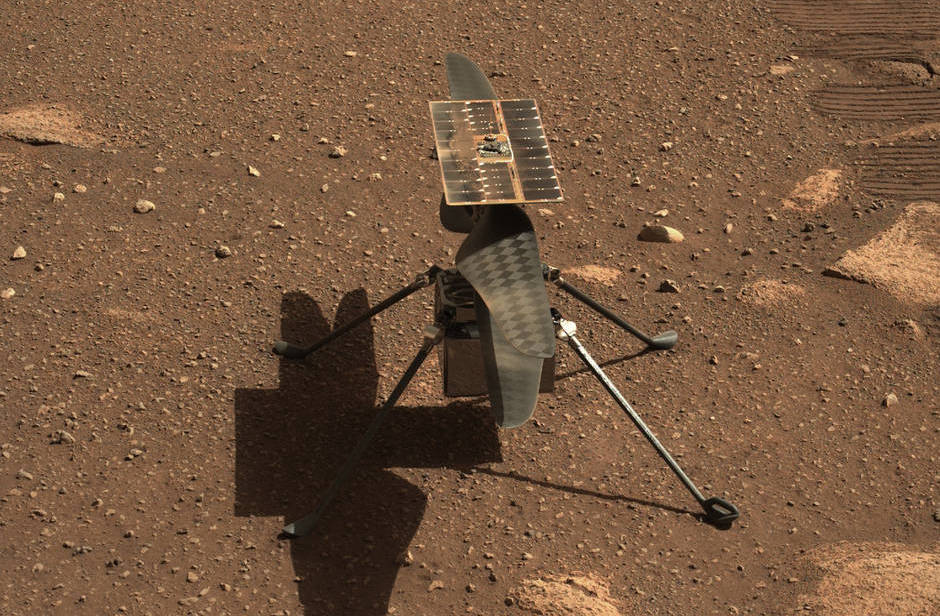 
A few days ago, Ingenuity made aerospace history by hovering over Jezero Crater. We now know that it is possible to fly on Mars. Enough to free up new mission options in the future. And NASA is already thinking about it.

You did not miss it. On April 19, the NASA achieved the feat of flying his little Ingenuity helicopter on Mars. During this first flight, the rotorcraft flew raised to just over three meters for 39.1 seconds before landing successfully, according to altimeter data.

The Ingenuity teams then successfully completed a second test flight of their small helicopter on April 22. During this maneuver, the rotorcraft rose to about five meters from the ground, before moving sideways for a few meters. Then a third flight a few days ago, during which Ingenuity traveled about fifty meters.

The mission team hopes to carry out two more flights over the next few days. “We really want to know what its limits are, so we will be pushing them deliberatelyJPL’s Ingenuity Project Manager MiMi Aung said at Monday’s press conference.

Then, Perseverance will be able to begin its first scientific work.

NASA looks to the future

Ingenuity is a pioneer. Its powered flight will indeed pave the way for larger and more complex machines. In fact, the members of the mission team are already thinking about what these future Martian helicopters could look like.

Bob Balaram, chief engineer of Ingenuity, of the Jet Propulsion Laboratory of the NASA, already imagines vehicles of size ”“very reasonable“Being able”weigh 25 to 30 kilograms“. The first design work has already started. “We are working on what it would take us to deploy and make them work.“, Assures the researcher.

And if Ingenuity does not carry any scientific instrument (demonstration mission), its successors will not leave empty-handed. For Bob Balaram, the biggest helicopters he and his team can imagine will probably be able to carry up to 4.5 kg of research material. On the other hand, on a technical level, researchers will not be able to go “further” for the moment.

Once deployed, these new vehicles will be a real “plus” for future missions. They will be able to accompany future Martian explorers by allowing the transport or recovery of small payloads. They could also be used to locate crossing routes and estimate the potential of several otherwise inaccessible exploration areas such as steep cliffs.

A “dragonfly” on Titan

This future is still rather unclear. In fact, NASA has yet to approve additional helicopter missions to Mars. In contrast, the agency is currently developing a similar mission to Titan, Saturn’s giant moon.

For this mission called Dragonfly, a three-meter-span drone will explore the atmosphere of Titan. This being four times denser than that of Earth and gravity being seven times weaker, each “jump” of this quadricopter could allow it to cover about fifteen kilometers. Several instruments will then be responsible for analyzing the different organic elements of the moon.