Mexico City is inexorably sinking into the ground 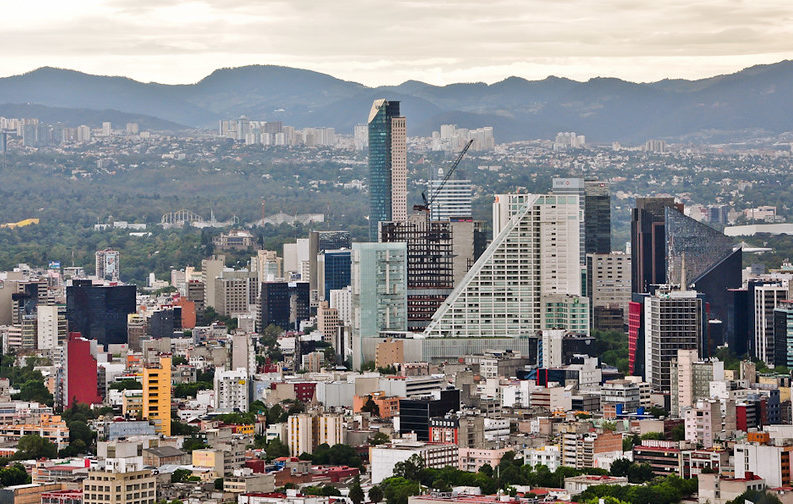 Located on the old bed of a lake, Mexico City, the Mexican capital sinks half a meter per year on average. This situation, which can be explained by several factors and which today seems irreversible, could severely worsen in the event of a major earthquake.

A subsidence of 50 cm per year!

Land subsidence now affects a fifth of the world’s population and is expected to impact no less than 635 million people by 2040. Some cities have recently been talked about as the capital of Indonesia: Jakarta. At the heart of an uncontrollable situation, the local authorities announced in 2019 the move of the capital to Kalimantan on the island of Borneo. Let us also cite other alarming cases such as Venice (Italy), Bangkok (Thailand) or New Orleans (United States).

The case of Mexico City (Mexico) is also very worrying and was the subject of a study by Oregon State University (United States) published in the journal JGR solid earth on March 30, 2021. Currently, the city is sinking 50 cm on average per year. The researchers integrated 115 years of ground measurements and 24 years of space measurements, which allowed them to say that the ground will continue to compact for a century and a half, synonymous with perpetual subsidence.

Mexico City is in a special situation. While most of the cities affected by land subsidence are located on the coastlines, the Mexican capital is 2,200 m above sea level. Indeed, Mexico is spread out in the bed of the old Texcoco lake where the Aztec city of Tenochtitlán once flourished. After the fall of the Aztec Empire following the Spanish conquest in the first half of the 16th century, flood control gradually led to drainage of the lake through dikes and other canals. At the beginning of the 20th century, the valley was completely drained via a 40 km long canal and a tunnel crossing the mountain.

Currently, 70% of the drinking water supplying Mexico City comes from underground extraction. However, some of the 1,500 wells exploited can go up to 3000 m deep. Unfortunately, the important pumpings (between 65 to 70 km3) of the last seventy years have caused an incredible drop in the level of the water table (107 m). Remember, however, that Mexico City is based on a layer of clay and salt 100 m thick, itself located on a permeable limestone layer. Unfortunately, since the 1970s, water runoff is no longer sufficient to recharge the water table.

Indeed, the groundwater is now deeper and the clay gradually compacts. Currently, the clay layer is about 17% compacted, so there is still a huge margin. According to the researchers, total compaction should be spread over 150 years, therefore resulting in a sag of about 30 m.

The Mexico City land subsidence is a real disaster. Today, polluted water from the upper aquifer no longer rises to the surface, but flows to deeper water tables. As a result, wells are contaminated and more than a million inhabitants do not have access to drinking water. In addition, the subsidence generates fractures that impact sewers, water and gas distribution networks, buildings, but also historic sites. However, this situation could worsen rapidly in the event of a major earthquake. Mexico City is in fact in a seismic zone and in 1985 experienced a terrible earthquake of magnitude 8.2 causing no less than 15,000 deaths.