Man finds 15,000 bees in his car after shopping 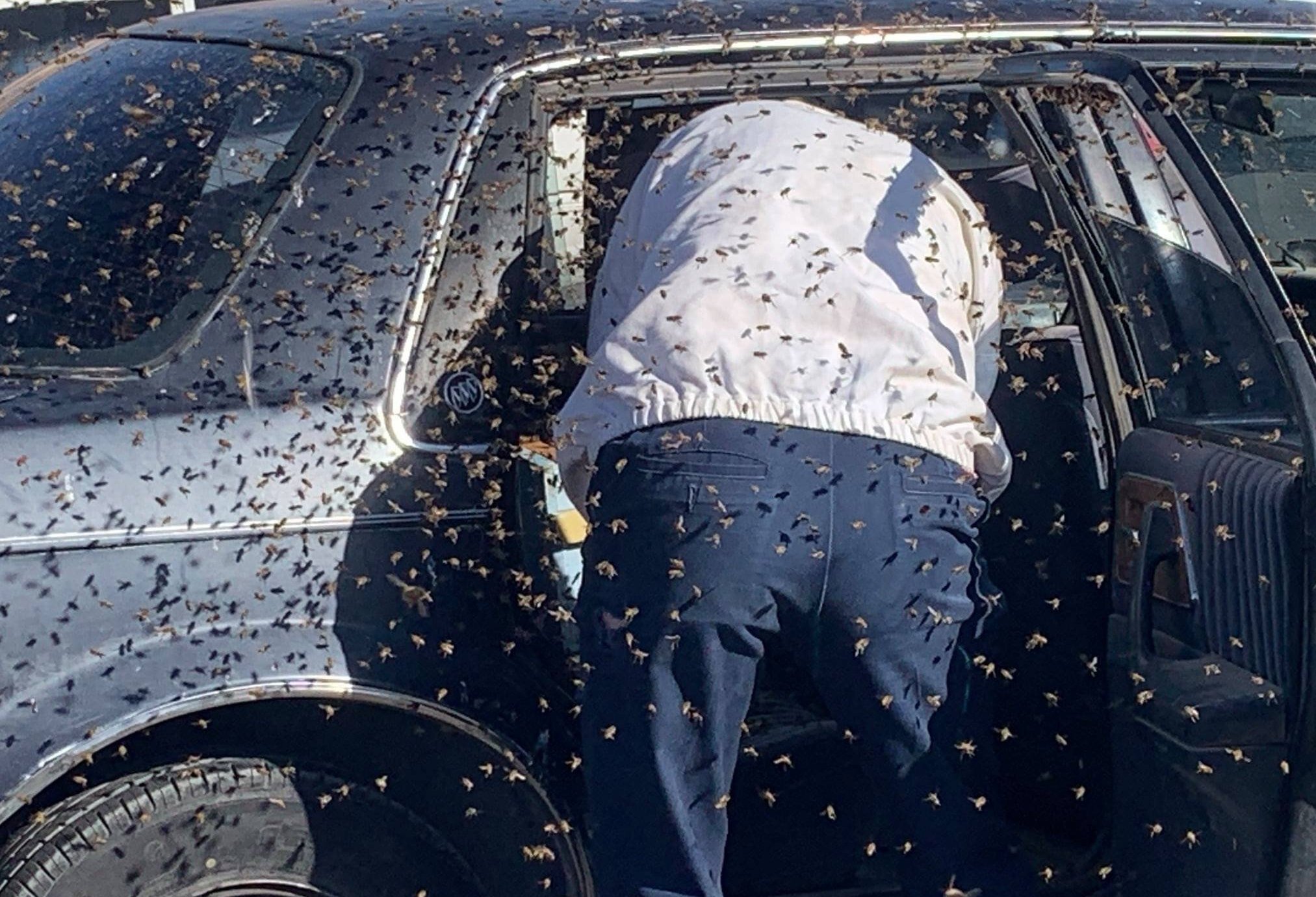 New Mexico firefighter and avid beekeeper Jesse Johnson was recently called in to help a man as more than 15,000 bees swarmed his car while shopping.

This is the kind of misadventure which does not happen every day. On March 28, in Las Cruces (New Mexico), when he had just finished his shopping in a supermarket, a man came across a swarm of several thousand honey bees having taken control of his back seat.

The unfortunate man, whose name has not been disclosed, had left the window open. Between the time he left his car (with the window down) and his return to the parking lot, only ten minutes passed.

Panicked, and not sure what to do, the man calls 911. Jesse Johnson, 37, a member of the town’s fire department for 10 years and a bee enthusiast, is dispatched to the scene. “I will do anything to stop people from killing bees”, did he declare.

Usually the fire department does not do this type of response, but the fire chief deemed the bugs to be in a relatively high traffic area. Mr Johnson, who is passionate about bees, volunteered to take care of it.

“It’s much more intimidating than dangerous”

Mr Johnson is also aware that in the spring the bee colonies divide. Also, it happens that some swarms move with a queen to settle elsewhere. According to him, this probably came from a nearby parapet or gutter system. The open window of the car would have allowed the bees to take shelter while waiting to find something better.

And everything can go very quickly, as this experience shows. “Fortunately, when the bees are swarming, they are quite docile”, he explains. “They don’t have a home to protect for a moment. So it’s much more intimidating than dangerous ”. According to him, there were at least 15,000.

The driver of the car, he did not want to hear anything, preferring to move away at a good distance the time to let the firefighter act. Besides, it wasn’t even his car, but that of a friend he had just borrowed.

Protected by a beekeeper’s jacket and veil, Mr Johnson finally approached the vehicle with an empty beehive he said he had treated with lemongrass oil. “It imitates the smell of the queen”, underlines the firefighter.

About twenty minutes later, all the bees had returned to the box to be installed at his home (he already had four beehives).

Authorities have not reported any major injuries related to this event. A supermarket security guard and at least one firefighter were still stung. One on the arm, the other on the lip.