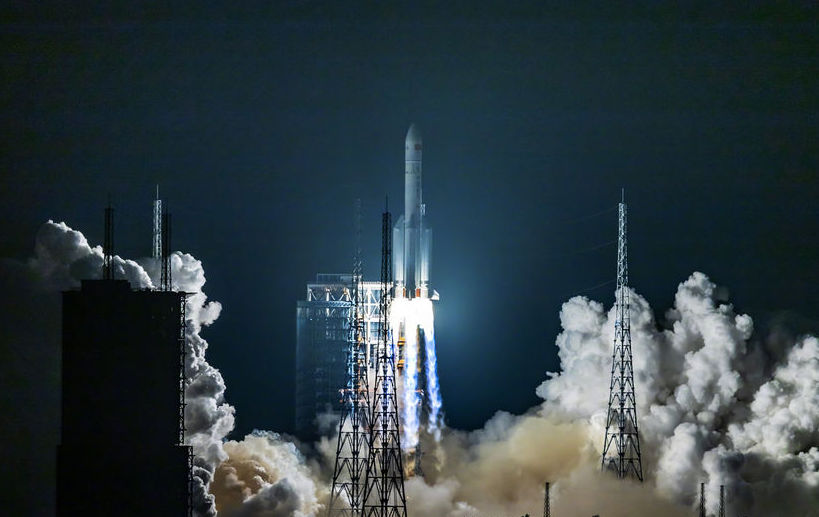 
Third space power, China is once again showing its ambitions in terms of human exploration of deep space, by officially announcing the development of its super heavy Long March 9 launcher.

China’s space program has made great strides in recent years. Two years ago, the country notably distinguished itself by successfully depositing a rover (still active) on the far side of the moon. It was then a first. More recently, China also brought back to Earth the first lunar samples in forty years. Finally, the country is also preparing for a historic landing on Mars as part of its Tianwen-1 mission. Without forgetting its future space station which will soon succeed the ISS.

But this is only the beginning. China, like NASA or SpaceX, is also planning a human exploration of deep space, with the Moon and the red planet in its sights. In this spirit, the Chinese space administration presented three years ago a new super heavy launcher project: the Long March 9 (or CZ-9). China has just officially approved its development, did we learned Wednesday.

The development prospects of the CZ-9 had been questioned a few months ago, when China announced that it wanted to focus on the construction of another launcher composed of three cores five meters in diameter, in a style similar to the two American heavy launchers: the Delta IV Heavy from United Launch Alliance, and the Falcon Heavy from SpaceX. For now, it appears that China wants to develop the two launchers.

For its part, the Long March 9 should be able to lift around 130 tons of loads in low orbit, and around fifty tons in lunar orbit. Physically, this launcher will be huge, with a core ten meters in diameter and side boosters of five meters. China would also like to make this rocket – at least in part – reusable.

In an excerpt from an interview with CCTV, the deputy director of the Chinese National Space Agency, Wu Yanhua, said that the main purpose of this new rocket would be to allow “Any landing mission on the Moon or on Mars with a crew” that the country could undertake. According to Chinese officials, a first launch could be made at early 2030s.

The deadline may seem distant, but it is worth remembering that the development of NASA’s SLS (Space Launch System) rocket, which will be about as powerful, began about ten years ago. The initial configuration of this launcher will have a lifting capacity of 70 to 85 tonnes and could be launched in 2022.