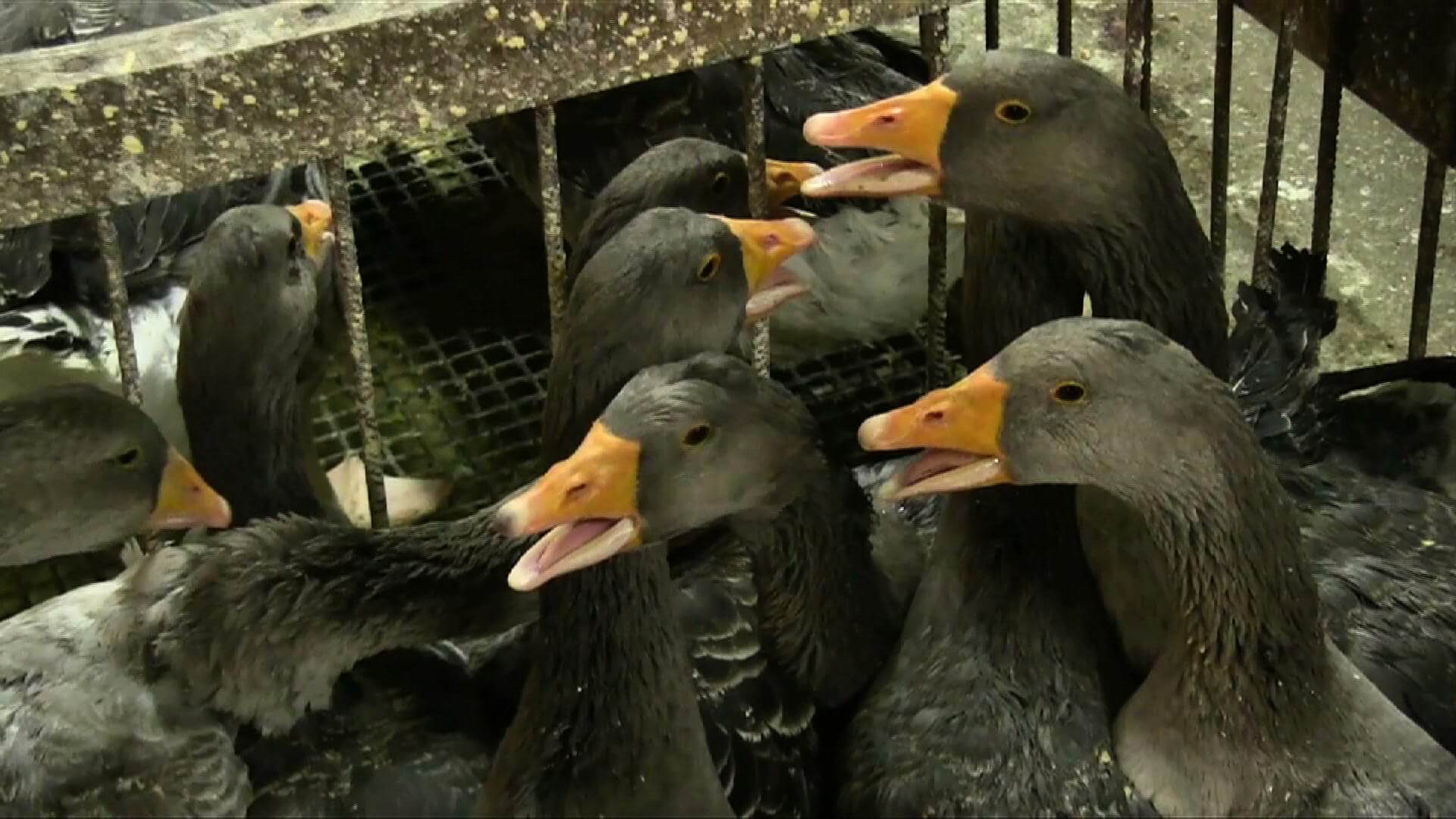 PETA wrote to the mayors of Annecy and Villeurbanne to congratulate them on their respective titles of “France’s first city where it is good to live” and “French capital of culture 2022” and to ask them to commit themselves not to never serve foie gras, a product derived from live badly susceptible animals, in official premises and at events organized by the city council.

Such a decision would not only respond to the growing interest of the French for the animal cause and would really represent contemporary culture, but by the altruism thus deployed it would also promote the well-being of the inhabitants of these agglomerations. Indeed, studies show that being kind to others tends to make you happier.

Foie gras is torture, not culture

Foie gras comes from geese and ducks dedicated to a life of suffering. They spend the last weeks of their lives forcing a metal tube down their throats several times a day through which huge amounts of porridge are poured. Their livers become diseased and distend to 10 times their normal size, and some of these birds die during this process.

Birds, sick and weak with lungs squeezed by swollen livers, gasp, and some cannot even stand. This method is so cruel that many countries forbid it. The European Union has also opposed the practice of force-feeding since 1998 with a directive on the protection of animals kept for farming purposes.

In addition to being particularly cruel, fatty liver is also problematic from a health point of view. Each year around 40 million ducks and geese are reared for the production of foie gras in the EU. Most are confined in tiny wire cages for the last two weeks of their life when they are force-fed, and this promiscuity and weakness of the animals promotes the emergence of disease and epidemics. France is regularly affected by bird flu, which is spreading rapidly in our territory, and has resulted in the slaughter of hundreds of thousands of birds in farms.

Happiness is in altruism

According to several studies, altruism and generosity are pillars of happiness. Humans are indeed social animals, who derive satisfaction from benevolent relationships with those around them – including animals! Friendship, kindness and compassion towards others, human or animal, therefore make our lives better.

“The practice of force-feeding has been denounced by all poultry welfare experts, and is illegal in the UK, Ireland and over a dozen other countries,” PETA recalls in one of the reports. letters. The municipalities of Annecy and Villeurbanne, will they be able to demonstrate good manners and altruism by rejecting the tasting of the livers of sick animals, and thus act not only for the well-being of the palmipeds but also that of the inhabitants? ?

We can all act against cruelty

In view of the growing opposition from the general public to the suffering it implies, foie gras no longer has its place either in French culture or on our plates, and even less in a city that rhymes today. ‘hui with well-being and good manners.

Take action by always refusing to buy or consume foie gras and by sharing this information with your loved ones so that they do the same.