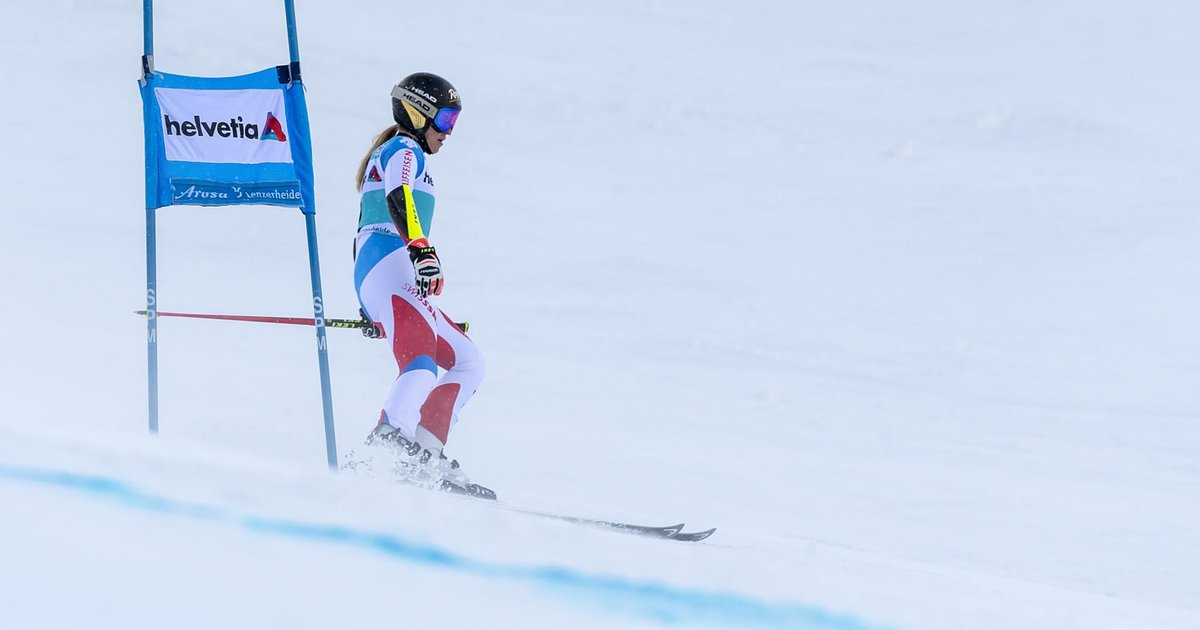 The triumph could have been total. An epilogue in Switzerland. A second consecutive title in the Nations Cup for Switzerland. And above all: the two large crystal globes for Swiss people. Yes, the finals of the Alpine Skiing World Cup, organized in Lenzerheide, could enter into the great history of national sport.

But the week did not go as planned. For the event, which had to give up the speed tests due to lack of favorable weather conditions. And for Marco Odermatt and Lara Gut-Behrami, who failed to overtake Frenchman Alexis Pinturault and Slovakian Petra Vlhova in the general classification.

Both athletes had good reason to be frustrated, starting with the cancellation of downhills and super-Gs that could have worked in their favor. Needless to say, they didn’t react in the same way, the former leaning almost as elegantly as he used to ski, the latter sabotaging his last run without explanation.

On Saturday, Marco Odermatt still had a small chance to come back to Alexis Pinturault, who was ahead of him by 31 points overall. To seize it succeed a giant of excellent craftsmanship, seize the small crystal globe of the specialty and hope that its competitor, under pressure, cracks the next day in the slalom. This is not what happened. Described by all his entourage as “imperturbable”, the 23-year-old Nidwalden failed, signing by far his worst performance of the winter in his favorite discipline and finishing eleventh … while Pinturault won.

Like many athletes, the loser complained of a second round that was too “spinning” and was a little angry at his poor performance. But he did not forget to pay tribute to his winner. “He was just stronger,” he admitted. The best has won, it is deserved. I can learn from Alexis, his sovereignty, he is very focused on skiing. He has a solution for all difficulties. ” As the two men passed each other in television interviews, they gave each other a nice hug showing great mutual respect.

The case was closed on Saturday at the ladies too. Petra Vlhova finished sixth in a slalom that Lara Gut-Behrami did not participate in, scoring 40 points enough to get out of reach before the giant on Sunday. Reigning world champion in the specialty, the 29-year-old Ticino had, failing to be able to win the big crystal globe, the opportunity to end her season on a positive note. This is not what she decided to do.

Left with bib number 2, she made two curves before getting up to the level of the third gate and staying there, returning to the finish area quietly. She then left without going through the mixed zone, where she could have explained her gesture, leaving commentators and viewers, dumbfounded, to their speculations.

Did she feel bad? Did she want to add another layer to her protests about how the World Cup finals went? None of this according to Swiss-Ski officials who spoke to public television: the person lacked energy and would have preferred to shorten her effort rather than risk injury. All without informing anyone of his intentions.

Beyond these end-of-year defeats, the winter was magnificent for national skiing. Switzerland wins the Nations Cup with more than 1000 points ahead of Austria, and 52 podiums including 15 victories. Eight men (Mauro and Gino Caviezel, Feuz, Kryenbühl, Meillard, Murisier, Odermatt, Simonet, Zenhäusern) and four women (Gisin, Gut-Behrami, Holdener, Suter) contributed to this beautiful booty. Beat Feuz won the crystal globe for the descent for the fourth time in a row, Lara Gut-Behrami for the super-G for the third time in his career after 2014 and 2016.

Next Olympic winter promises to be auspicious.