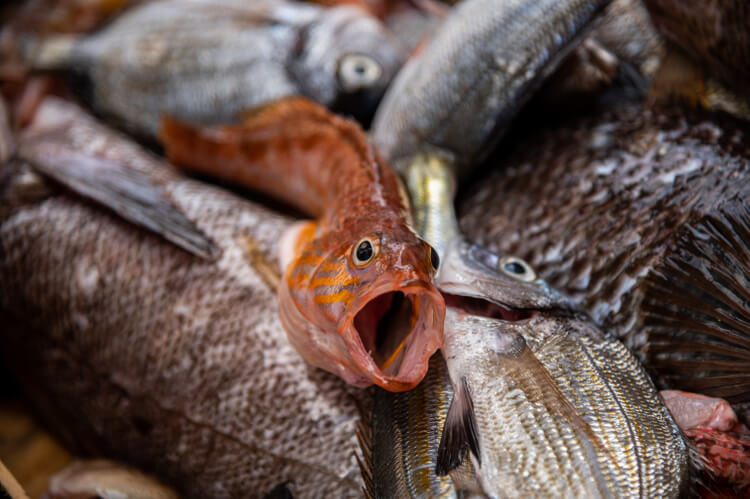 
In the first episode of season 22 of Koh-Lanta broadcast by TF1, many people were indignant to see that the channel was broadcasting images of cruelty to animals. These sickening scenes show one of the candidates, Arnaud, who tramples and attacks fish, moray eels and rays with a machete.

Having received several messages from shocked viewers, PETA wrote to the CEO of TF1 to ask him to put in place an animal welfare policy so that such barbaric practices towards animals are no longer broadcast on the channel. .

While trying to fish, one of the Koh-Lanta participants clumsily attacks a ray with a machete, throwing it at the animal which manages to escape without anyone knowing if it has been injured or no. Later, we see Arnaud hitting a moray eel with a spear and trampling it. As she struggles and tries to bite him, the footage is brought to the fore by being replayed in slow motion later on the show.

These practices towards sentient beings, who, as more and more studies prove to us, feel fear and pain, are intolerable in our time, all the more so in a mainstream program. Fish are intelligent and sensitive animals that feel pain and avoid objects that have hurt them in the past. Fish can also be social individuals, able to identify their peers individually and learn from their peers. They communicate through complex sounds and some sing.

Despite the fact that these animals have nervous systems similar to ours and can feel pain, they are usually slaughtered without anyone worrying about their well-being. Thus, fish suffer horribly in nets, on the ends of hooks and on the decks of fishing boats, slowly suffocating or gutted while still conscious.

Cash at work in entertainment

The quest for ratings should never come at the expense of animal life. Their lives do not belong to us and we do not have to use them for entertainment. Because they look different from us and have scales for skin and gills for lungs, fish are often misunderstood and tortured with utter indifference. If instead of a moray it had been a cat or a dog that would have been violently trampled and beaten by the candidate, the images would never have been broadcast.

“Torturing and killing animals on screen is an extremely immoral way of trying to attract viewers, especially at a time when respect for animals is increasingly important to everyone. In addition, it sends a harmful message to the youngest who view these cruel scenes that are passed off for entertainment, ”says PETA in its letter to the CEO of TF1.

Stop the trivialization of cruelty to animals

This is not the first time that PETA has challenged TF1 on the fate of animals. In 2017, the association convinced the channel to give up including a wolf in the show Dance with the stars. PETA is now asking TF1 to commit to no longer broadcasting this kind of gratuitous and harmful violence and to put in place a policy on animal welfare.

For real reality TV, watch “If Slaughterhouses Had Glass Walls,” PETA’s shocking talk about the meat and dairy industries, then order our free “Budding Vegan Guide”.