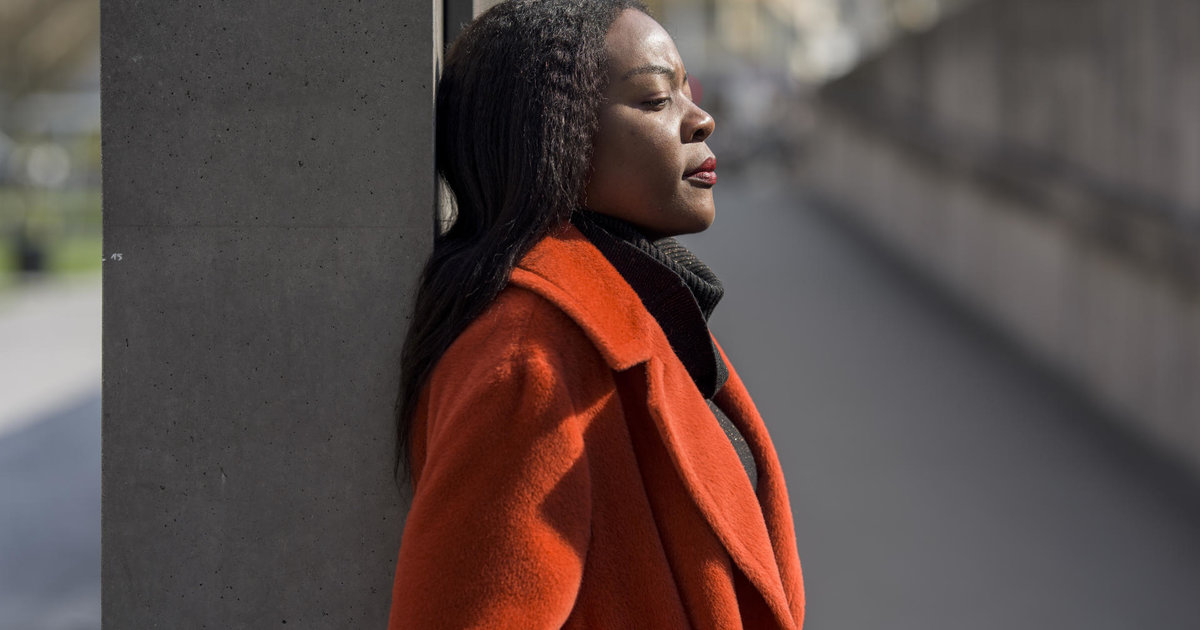 The determination. It’s one of the feelings that bursts out this afternoon when Joelle Payom go through the editorial door of the Time. Dressed in her long down jacket in bright colors, the entrepreneur has a sense of style. She founded last year the Rezalliance association (contraction of “resilience” and “alliance”), a project aimed at strengthening inclusion in the world of work through support in the face of the problem of harassment and discrimination in the workplace. “Rezalliance is an ecosystem which gives each human being the possibility of being able to flourish in a professional environment”, summarizes Joëlle.

The approach is aimed at both employees – through support for victims of mobbing at work through psychological support, coaching or even legal advice – and employers, through workshops and training for transmission of a more inclusive culture.

A project that echoes his career and his personal experience. Appointed to an important position within an international group based in Geneva, Joëlle suffered mobbing and harassment there. From the simple remark about her haircut to sexist injunctions in a meeting, to “you speak good English for an African”, the entrepreneur painfully returns to these moments which will lead her, among other things, to depression .

Her identity as a black woman seems to bother. Although extremely qualified and competent, Joëlle is systematically placed in one box: that of aggression. She will be dismissed during her sick leave, after several years of ordeal.

However, it was out of the question for her to resign herself, a fighting spirit no doubt linked to her life course. Born in Cameroon shortly before the 1980s, Joëlle grew up in a social class where education was important, before emigrating to France with her family. His father, a diplomat, decides to return to the country after his mandate has not been renewed. The young Joëlle then considers her studies as a strong means of emancipation. She began applied foreign letters after obtaining her baccalaureate, then spent a year in Germany, where she specialized in business before entering a major business school.

IBM, Air France: Joëlle started out working for large companies before leaving her Parisian life for Geneva. Work then occupies a central place in his life, his situation allows him to become a real pillar for his family. “I come from a people where I was taught that my job was my first husband,” she says. “When I arrived in Switzerland, I was helping my family enormously, a bit as if I had taken my father’s place,” she admits.

Shortly after her dismissal, after several dented professional years, Joëlle must rebuild herself. Fortunately, the latter is not the type to give up. “Reading has helped me a lot,” she recalls. A book, Moral harassment. Perverse violence in everyday life (Ed. The Discovery), written by French psychiatrist Marie-France Hirigoyen, will be beneficial. “This book was a click for me and allowed me to get out of my depression.”

Joëlle must then resume a professional activity. At the end of 2019, she created the Value Creation thru Inclusion (VCI) think tank, which sees inclusion as a state of mind to be put in place in all business practices in order to capture its global value as a key success factor for sustainable profitability.

In March 2020, just before the first confinement, she decided to take training in business creation. There she meets Luana Roberto, a lawyer who will support her in the Rezalliance project, now a member of the association’s advisory board. Joëlle questions non-inclusion, and the feeling of not being able to express her identity as you see fit. Why is the difference a problem, why is it a danger for some people?

Its approach is intersectional. We must put the human at the center of reflection and recognize the specificities of each individual, whether related to age, gender, sexual orientation, origin or state of health. , while finding common synergies. “We must capitalize on what unites us,” she assures us. “This notion of inclusion must come out of human resources to be really injected into the DNA of companies”, details the entrepreneur, who pleads for a change of paradigm. Its axiom is clear: there is room for each and every one of us in society.

2018 Depression as a result of harassment and discrimination suffered within his company.

2020 Renewal. Launch of the Rezalliance project.