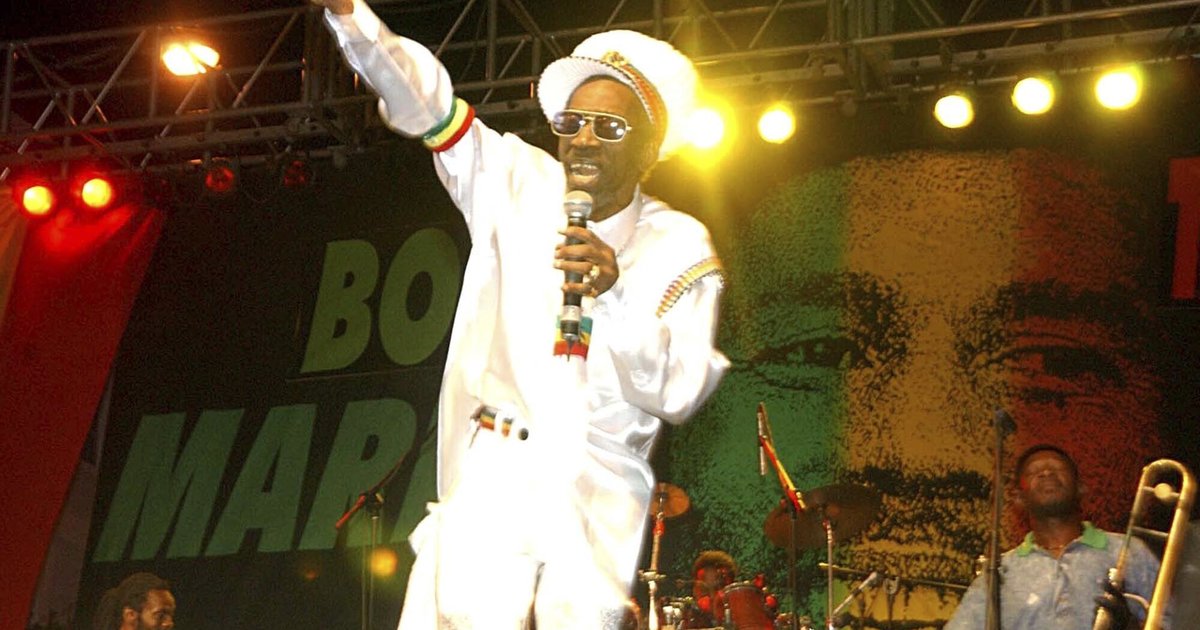 Jamaican singer and percussionist Bunny Wailer died Tuesday at the age of 73 at Andrew’s Memorial Hospital in Kingston, Jamaica, Jamaican Culture Minister Olivia Grange said in a statement. He was a reggae legend.

The minister did not specify the cause of death of Bunny Wailer, a founding member of The Wailers with Bob Marley and Peter Tosh, who made reggae a global phenomenon.

Real name Neville Livingston, the musician suffered a first stroke in 2018, then a second in July 2020. He was the last survivor of the historic trio.

Born in 1947 in Nine Mile, in the north of Jamaica, Bunny Wailer met there, since childhood, Bob Marley, with whom he befriended. Later, her father would become the companion of Bob Marley’s mother.

They will move to Trench Town, a district of Kingston, where they will be influenced by their meeting with Joe Higgs, considered by many to be the “father of reggae”, who will encourage them to form a first trio with Peter Tosh. “He took time on his own career to pass on his knowledge of harmonic techniques to us,” Bunny Wailer explained in an interview in 2013, none of the three teenagers having previously received musical training.

The group will change name several times, before releasing their first album in 1965, “The Wailing Wailers”. It marks the emergence of a sound, with a devilish rhythm, marked by American music, in particular R&B, but also by Jamaican culture.

Read also: Reggae on the List of Humanity’s Cultural Heritage

A charismatic character, always wearing a beard and a hat, follower of the principles of the Rastafarian religious movement, Bunny Wailer plays a decisive role in the development of this musical identity. “We have lost an icon,” reacted Herbie Harris, frontman of Jamaican reggae group ATF Band. “It’s a shame that the young people who are part of the Jamaican music scene do not recognize the contribution of Bunny Wailer.”

In an interview in 2013, the musician explained that he had voluntarily withdrawn when the Wailers were formed. “All the members of the group had the qualities to be a leader,” he said. “But we needed a sound so that when you were listening to the band you would know it was the Wailers. And with Bob in front, we had that sound. ”

The Wailers knew success from their beginnings, with titles like “One Love”, still sounding ska, a precursor musical genre of reggae. The track will be re-recorded for Bob Marley’s album “Exodus” in 1977 and will become a world hit.

The Wailers will release several more albums before starting their collaboration with producer Chris Blackwell. The founder of the Island Records label will significantly change the sound of the group, to give it a more electric sound likely to please, according to him, a more international audience.

Bunny Wailer will be ‘Catch a Fire’ and ‘Burnin’ ‘albums, which will turn reggae into a major musical movement. But he will then leave the group, as will Peter Tosh, tired of a role of Bob Marley’s foil in which he felt locked up. He will then launch his solo career with the album “Blackheart Man”, considered today as a classic of the genre. During the 1990s, he received three Grammy Awards, the awards of the American music industry, including two for the reggae album of the year.

Until his first stroke, he performed very regularly on stage, his voice becoming rougher than ever. For Karyl Walker, Jamaican specialist journalist, “Bunny Wailer was a more complete musician than Bob Marley. He played many instruments and wrote some great songs. ”

“Now,” he added, “all the Wailers are dead and it is the turn of the younger generation of Jamaican musicians to live up to this legacy and step up the level.”