“It’s a Sin”, in the ranks of the AIDS generation 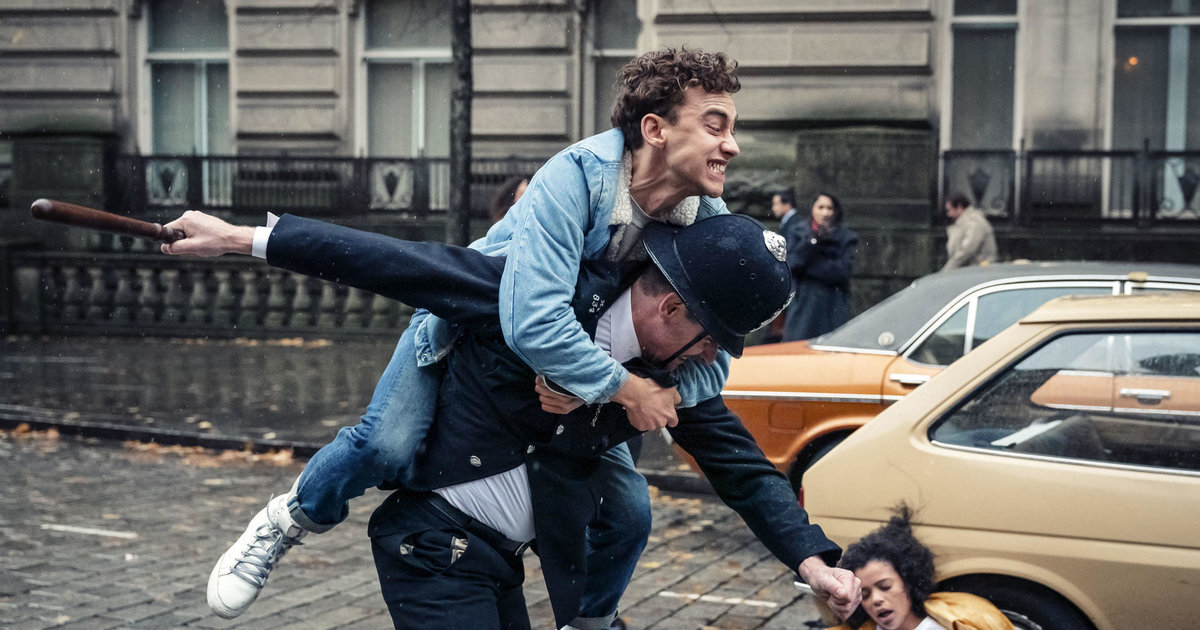 “It’s a lab scam. Do you believe in this disease that only kills you if you are gay? And the bis then, are they sick every other day ?! ” In the streets of London in 1983, the young Ritchie (Olly Alexander, singer of the pop group… Years & Years) and his band of friends sweep, mockingly, this rumor from America: a mysterious virus would decimate the homosexual community. “And Haitians, and hemophiliacs. In fact, the disease targets the letter H. Whose turn? The people of Hartlepool, Hampshire, Hull…? ”

Seen from here, through our 21st century glasses, the scene tastes bitter. But she captures that not-so-distant time when AIDS was still an underground threat, misunderstood – even by those she was about to hit hard. It is this shift that producer Russel T Davies recounts in It’s a sin, a new British series currently broadcast on Canal + and on the MyCanal platform.

Who knows Russel T. Davies is not surprised to see him tackle this delicate subject – so delicate that the series was refused by the BBC and ITV, before being hosted by Channel 4. Long before the excellent Years and years, where he dissected the Brexit in dystopian mode, it was to Davies that we owed, in 1999, Queer as Folk: one of the first choral series featuring the LGBTQI + community (before its American adaptation). A fiction that was controversial, among conservative viewers but also within the gay community, accusing the producer of having carefully avoided the issue of AIDS.

Read also:
“Years and Years”, the most powerful anticipation of the moment

The trauma was then too fresh, too sharp. “In 1999, I refused that our lives are defined by disease so I deliberately omitted it”, says the Welshman in the columns of the Guardian. Two decades later, the one who lived at the forefront of the AIDS years finally delivers his televisual testament. The approach is frontal, but more Chronicles of San Francisco that 120 beats per minute: through the prism not of activism, but of everyday life. It’s a sin follows, over a decade (1981 to 1991), three young people who have come to live the great and free life of London and who find themselves confronted with the arrival of HIV.

There’s Ritchie, who leaves a conservative home on the Isle of Wight to study drama and live out his homosexuality; Roscoe (Omari Douglas), queer party animal who escaped from his Nigerian family, decided to “cure” him by bringing him back to the country; and Colin (Callum Scott Howells), hidden behind his shy good-boy looks. All find themselves roommates and single, chaining the unbridled parties alongside Jill (Lydia West, we discovered in Years and years), the good friend of the troop. She will be the first to worry about the deaths announced at the bottom of the newspapers.

But before the drama, Russel T Davies takes the time to set the scene for this house of happiness, its scenes of enjoyment (festive as well as sexual), this feeling, frantic and liberating, of finally being oneself. That will remain in the background throughout the series, as if to celebrate every life behind the statistics. Or flaunt that hard-earned happiness, which disease could suddenly take away.

A disease that Ritchie & Co prefer to ignore first – and that’s the strength of It’s a sin: his endearing characters but imperfect, narrow-minded, sometimes conceited, human. However, the wave of deaths eventually caught up with them, gradually encircling their island of innocence.

Like shame, from which they had succeeded in freeing themselves and which is once again unfolding its hooks, a sequel to the opprobrium of a homophobic Thatcherian society. Because if It’s a sin refers to the 1987 Pet Shop Boys title, resonating with the series’ soundtrack furiously eighties, “It’s a sin” reflects above all the notion of (divine?) Punishment: this marginal community with “deviant” behaviors is necessarily responsible for what happens to it.

Listen to the episode of our podcast “Brise Glace”:
Sylvie’s fight, mother and HIV-positive

Humiliation, fear, paranoia too, at a time when the virus was still a health enigma (pneumonia? Avian chlamydophilosis?) And when HIV-positive people turned into plague victims, their cups scoured six times, their bodies sometimes refused by the funeral directors. Isolated in hospital rooms, their visitors wearing masks, these patients strangely remind us of those of our pandemic era …

“As time goes by, the danger is that history will be forgotten,” said Russell T. Davies. He ensures the contrary by delivering a poignant photograph of the past, avoiding moralistic or tearful pitfalls. A tragedy, yes, but moments of grace. Released in the United Kingdom at the beginning of the year, It’s a sin broke all Channel 4 audience records and even saw, surprise, an upsurge in screenings in the country.