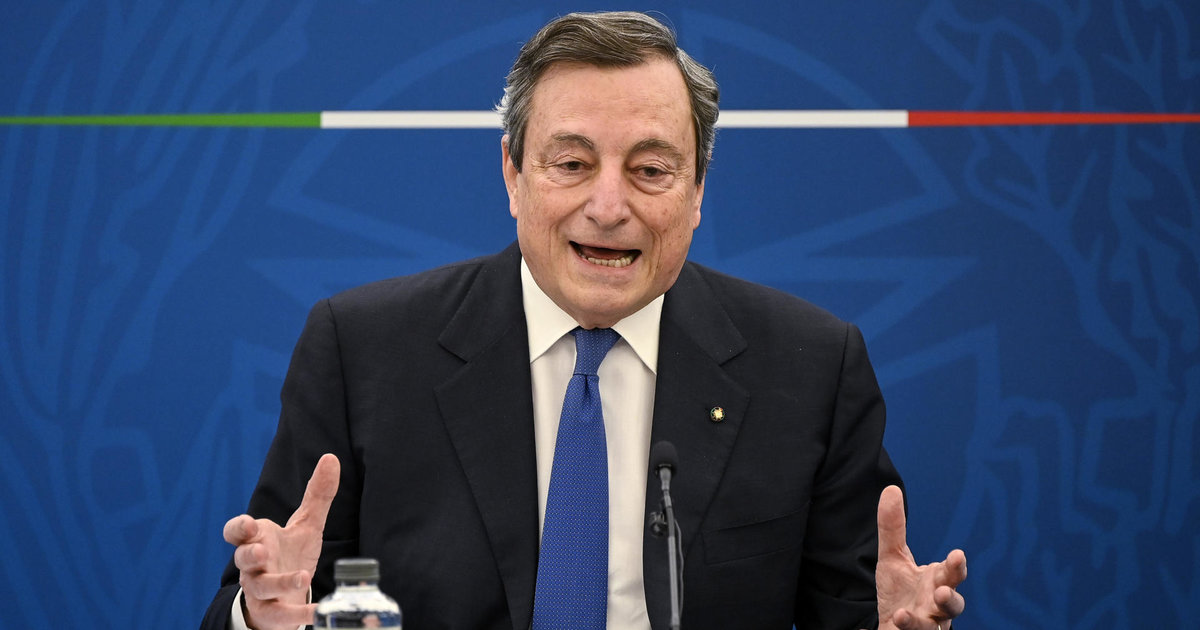 Italy adopted, on Thursday, a new budget extension of 40 billion euros for 2021, to cope with the devastating effects on the third economy in the euro area of ​​the coronavirus pandemic. Much of the new budget extension is expected to be spent on emergency measures to support struggling companies and self-employed people, which have suffered significant revenue losses as a result of the restraint measures.

Sign of the growing discontent, hundreds of traders and restaurateurs had demonstrated loudly in the streets of Rome on Monday to demand the easing of restrictions.

These funds are in addition to the 32 billion euros already released in January under a previous amending budget, which were devoted to a package of aid measures for the affected economic sectors. Since the start of the pandemic, Italy has already mobilized more than 130 billion euros to revive economic sectors shut down during periods of containment.

The government of Mario Draghi has revised upwards its deficit forecast for this year to 11.8% of GDP, against 9.5% in 2020, under the effect of spending related to the revival of an economy still hampered by the pandemic.

The previous executive headed by Giuseppe Conte had counted in October on a deficit of 7% of GDP, before a worsening of the health situation. According to the new forecasts, the public deficit should decline to 5.9% of GDP in 2022, before falling below the 3% mark in 2025, the ceiling authorized by European rules which have been suspended due to the pandemic.

Public debt is also slipping: it should reach the dizzying ratio of 159.8% of GDP in 2021, against 156% previously estimated, before gradually decreasing. In 2019, debt already represented 134.6% of GDP, the second highest ratio in the euro area, behind Greece. At the end of February, Italy accumulated a colossal debt of 2,643 billion euros, against 2,409 billion at the end of 2019.

Mario Draghi’s government has also lowered its growth forecast for 2021, now counting on a GDP increase of 4.5% including the effect of economic stimulus measures.

Read more: Mario Draghi, at the head of an Italy to be rebuilt

The previous executive led by Giuseppe Conte had bet on a growth of 6% in the last forecast in October. For 2022, the Draghi government forecasts a growth of 4.8%, which should slow to 2.6% in 2023. The shock of the pandemic on the Italian economy will have been severe last year, with a plunge in GDP of 8.9%, its worst recession since World War II.

To restart the machine, Rome is counting on funds from the mega-investment plan of 750 billion euros adopted by the European Union. By far the biggest beneficiary of the plan, Italy will inherit $ 191.5 billion in grants and loans, an amount down slightly due to GDP-related calculations, according to the Italian government.

Rome must submit by April 30 to Brussels the national version of the plan revised by the executive headed by Mario Draghi after the change of government in February. To finance “complementary” public investments at European level and deemed “essential for the recovery of the economy”, Rome will also ask Parliament to authorize additional debt of around 6 billion euros per year on average over the period. 2022-2033, according to a government press release.