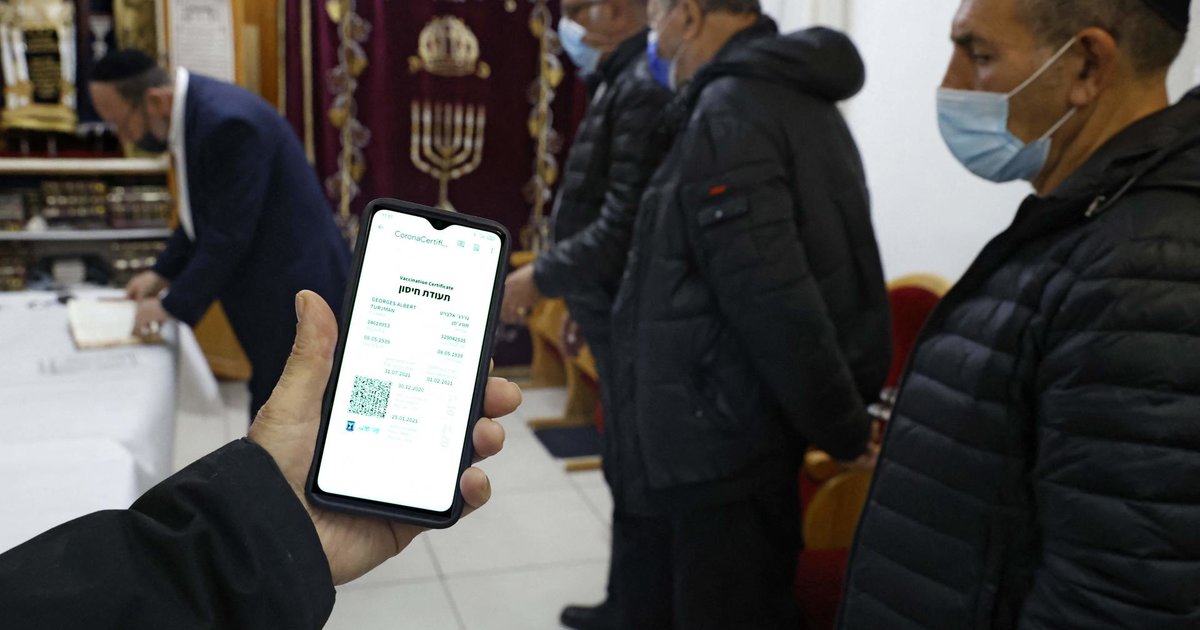 Israelis who refuse to be vaccinated may soon have their names delivered by the Ministry of Health to their municipality or other government entities. This is the aim of the bill accepted Tuesday at first reading by parliament. Temporary, the legislation officially aims to locate more easily the people eligible for the anti-coronavirus bite but fears are strong as to the abuses. “This text violates the private sphere. I doubt it will turn into law as it arouses so much opposition. And then I do not see how he could convince to be vaccinated, ”reacts Amir Fuchs, analyst at the Israel Institute for Democracy.

The Ministry of Health is counting on another project which has thrilled many workers. This is to prohibit employees, including health, education, public transport or security, access to their workplace if they are not immune, cured, or if they do not get tested every other day. What to go in the direction of the Israeli bosses.

A recent survey found that many companies with public contact do not leave a choice to their employees: it’s vaccination or the door. The manufacturers association, which represents among the largest companies in the country, also defends the right to ask the question. Enough to test the limits of Israeli law in times of pandemic. “Our law clearly states that an employer cannot demand that his employee be vaccinated. The Israeli Basic Law and the Law on Patients’ Rights exclude forcing anyone to do such an act, ”said Amir Fuchs.

To be vaccinated or not to be vaccinated, the dividing line that seems to be emerging between the two in Israel, and certainly soon elsewhere, does not worry David Enoch, professor of philosophy of law at the Hebrew University of Jerusalem. “Everyone has the freedom to choose, and this freedom has never been questioned. Rather, it is about collective responsibility in the face of a threat. I am worried about the violations of the private sphere which seem to be on the horizon, but the distinction between vaccinated and unvaccinated people does not shock me. No one is deprived of essential services such as access to a doctor or a supermarket. On the other hand, it is legitimate to ease the restrictions for people who are immune, ”he said.

An easing that became very concrete on Sunday when Israel entered the second phase of its deconfinement – the third step will occur on March 7. Today, Israelis know of two types of places. There are those that are open to everyone such as shops, museums and libraries. And those who operate according to the rules of the green passport, reserved for people fully vaccinated, or recovered from the coronavirus. Places of prayer, cultural events, fitness, hotels and swimming pools are therefore only accessible on presentation of an official document. And fines of 1,000 shekels (around 300 Swiss francs) are imposed on violators.

Limitations like these arise “whenever there is danger in a democracy,” notes David Enoch. Faced with these challenges, it invites a measured appreciation. “The big question is that of the balance between preventing danger and preserving rights. When someone refuses to be vaccinated, they also put others at risk.

By slowing down the return to normality, it contributes to the imposition of confinements which weigh heavily on mental health and the economy. The idea is to say that it is up to this individual who refuses vaccination to assume the consequences, and not to the State, ”says philosophy professor David Enoch. A position that seems to be needed in Israel, where people over 16 who are not vaccinated could soon become a minority. Today, more than three million Israelis, or a third of the population, are fully immune, and nearly 50% have received a first shot.

Also read: The puzzle of the question of Israel