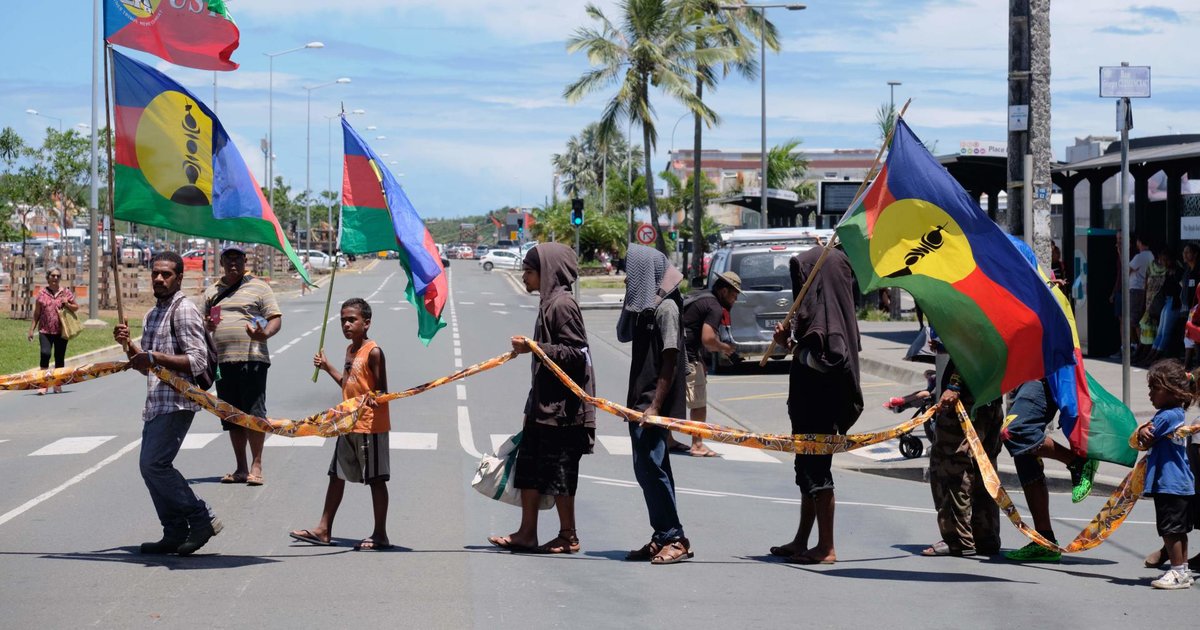 The separatists are set to take the head of the collegiate government of New Caledonia for the first time since the Nouméa accord of 1998, before a third referendum on independence by 2022.

On February 2, the five FLNKS (Front de Liberation Nationale Kanak Socialiste) members of the government resigned, which de facto led to the fall of the executive, which had been chaired since June 2019 by loyalist Thierry Santa. They called into question “the failed institutional dynamic, budget delays and the difficulties of collegiality”, and especially the project to sell the nickel plant of the Brazilian group Vale (read below), “Which gives priority to the interests of multinationals without taking into account the aspirations of local populations”.

By bringing down the government, the FLNKS, fiercely opposed to the takeover of this industrial tool by a New Caledonian and international consortium including the Geneva-based commodity trader Trafigura, wanted to stop the ongoing institutional process that would allow communities to validate the transaction. . This was postponed until March to allow time for dialogue.

The arbitration of an “independent and not independentist” party

The election of the new government will take place on Wednesday by the 54 elected members of Congress (deliberative assembly), after validation of the lists the day before by the High Commission of the Republic. Filed last Friday, these foreshadow the election of a government with a pro-independence majority, for the first time since the start of the Nouméa agreement which organizes the phased decolonization of the archipelago.

Indeed, the FLNKS should logically obtain 6 “ministers” out of 11, thanks to the rallying of the Oceanian Awakening to the UC-FLNKS list. This small formation, representing the Wallisian and Futunian community, has been the arbiter of the Caledonian political scene since the provincial elections of May 2019.

With its three elected to Congress, the Oceanic Awakening has the capacity to tip the majority into one or the other camp, loyalist or independentist. “It was the only smart choice for us. We do not share the same vision with the AEC (coalition from which Thierry Santa, editor’s note) on the future of the Vale plant and the budgetary impasse ”, explained to AFP Milikulo Tukumuli, leader of the ‘EO, which claims to be “independent and not independentist”.

A first Kanak to the presidency of the executive

The Oceanian leader also explains that he was seduced by the “moderate and modern” profile of the head of the UC-FLNKS list, Samuel Hnepeune, who should be elected president of the executive.

They are 59-year-old Kanak, until then president of Medef and director of the domestic airline, Aircal. Deemed “worker and open”, Samuel Hnepeune was, according to observers, chosen for “his skills and his ability to reassure” while a third and final referendum on independence should take place by 2022. October 4 last, the pro-French won by a short head (53.3%) the second referendum.

Read about it: In New Caledonia, the attachment to France is shaken

Criticizing the strategy of the EO, which in June 2019 had already allowed the separatists to take the “perch” of Congress, the AEC loyalists considered “that the election of a separatist as president of the government would be a denial of democracy ”. “We will oppose it with all the force of our convictions”, they indicated in a press release, accusing “the separatists of continuing their policy of destabilization”, in allusion to the violence which has punctuated the actions against the takeover of the factory. by Vale.

So far, the sixteen Caledonian governments that have succeeded since the establishment of the institutions of the Nouméa Accord have been chaired by non-independence figures, none of them from the Kanak community.

The exploitation of nickel, essential for the manufacture of stainless steel, is the economic heart of New Caledonia, which holds 25% of the world’s resources. The territory has three factories: the Doniambo factory of SLN (2,150 jobs), a subsidiary of the French mining group Eramet, in Nouméa; the Vale factory in Goro, in the south (3,000 direct and indirect employees), which caused the collapse of the collegiate government; the KNS factory (Koniambo Nickel SAS), in Koniambo in the north, in which the province led by the separatists holds 51% of the shares (800 employees).

Competition from low-cost producing countries (China, Indonesia, Philippines), these factories are not competitive and several months of crisis have weakened them further.

The Vale plant has been shut down since December 10 after being the target of an attack by opponents of its takeover. The damage caused by two months of violence is estimated at more than 16 million euros by Vale. Vale wants to disengage from its Caledonian factory, backed by the extremely wealthy Goro deposit, which is a financial pit – $ 2 billion in losses since 2014.

The commitment of the French state in question

Vale had announced on December 9 the sale to Prony Resources, which associates up to 50% of Caledonian interests (provincial community, employees and Caledonian civil society), of 25% the Swiss company Trafigura – giant of the oil and metals trading – and of 25% a multi-party investment company.

Read: Trafigura takes over a mine in New Caledonia amid controversy

Regulatory authority and owner of the basements, the southern province, led by loyalists, supports this project, just like the French state, involved in this file through significant financial support. The French Minister of Overseas, Sébastien Lecornu, affirmed that “if New Caledonia becomes independent, France will withdraw” from this factory.

For the separatists of the FLNKS, nickel is the base of a viable independence and must remain “under the control of the public power”. The separatists had fought another takeover offer, that of the Australian mining group New Century Resources, which finally gave up in September 2020

Nickel was already at the center of the independence demand during the negotiation of the Noumea agreement in 1998 intended in particular to “rebalance” the wealth of the archipelago in favor of the Kanaks after years of tension and violence.