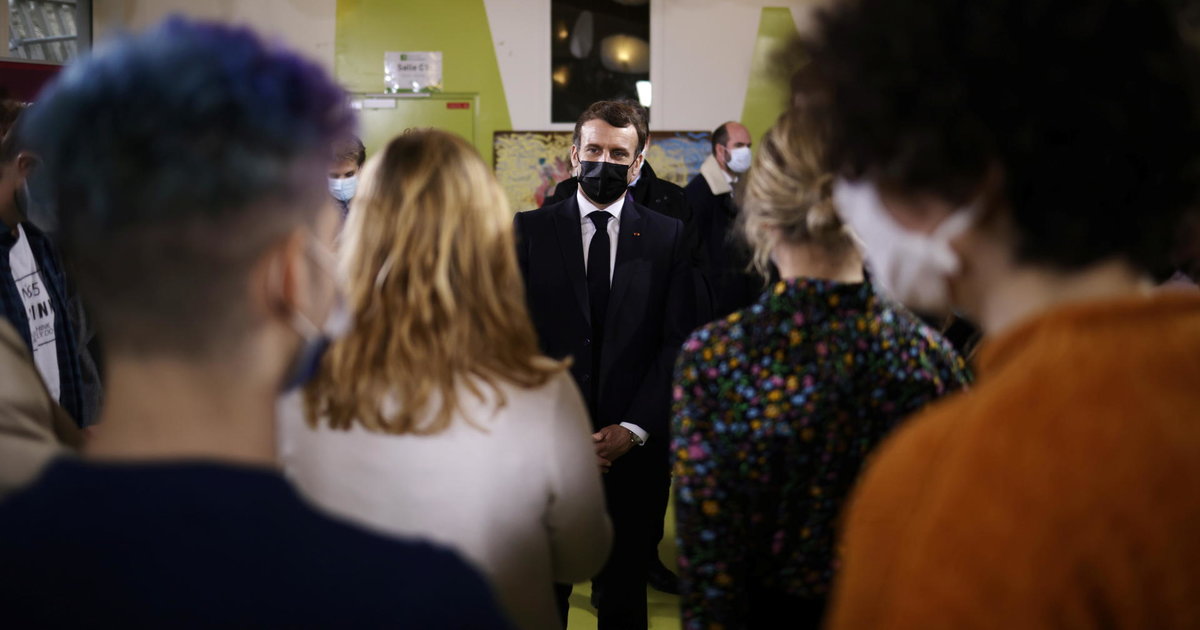 Do not tell Michael that he belongs to the “sacrificed generation”. As soon as we speak, this expression – often used by the French media – triggers a round of criticism. Michaël, originally from Angoulême, is enrolled in a master’s degree in Engineering from the University of Cergy-Pontoise, in the north-west of Paris. Appointment was made in front of “his” residence, Twenty Campus Cergy, where he has occupied a room for two years. Three other comrades have agreed to exchange in the open air, under the drizzle, while the neighboring ponds sink in the near night. “Sacrificed by whom? By the virus? I do not believe that. Those who sacrifice us are the public authorities, the teachers, the administration of the university ”, loose our interlocutor. He points to the management of the Essec campus, one of the most popular business schools in France, headed for a time by Jean-Michel Blanquer, the current French Minister of Education. “Do the math: the pandemic has been raging for twelve months exactly. But our lessons, logistics, our daily life … everything continues to be tinkered with as if the Covid-19 had just appeared. ”

Talking about student discomfort with the coronavirus requires making some differences. On the one hand, the very elitist “grandes écoles” – to which Essec de Cergy-Pontoise is assimilated – where the establishment of listening cells and individual support quickly became widespread. “We are fortunate to have small cohorts of students, which makes it possible to fight more effectively against isolation”, detailed recently in Le Figaro the director of the School of Arts and Crafts, Laurent Champaney. The other? Universities, where tuition is free, entry selection is limited and where everything is based on the individual motivation of students. But how can you motivate yourself when a lot of professors or lecturers are absent subscribers, when university libraries are closed, and when the hallways of the residences are almost empty after the provincials have returned to their families?