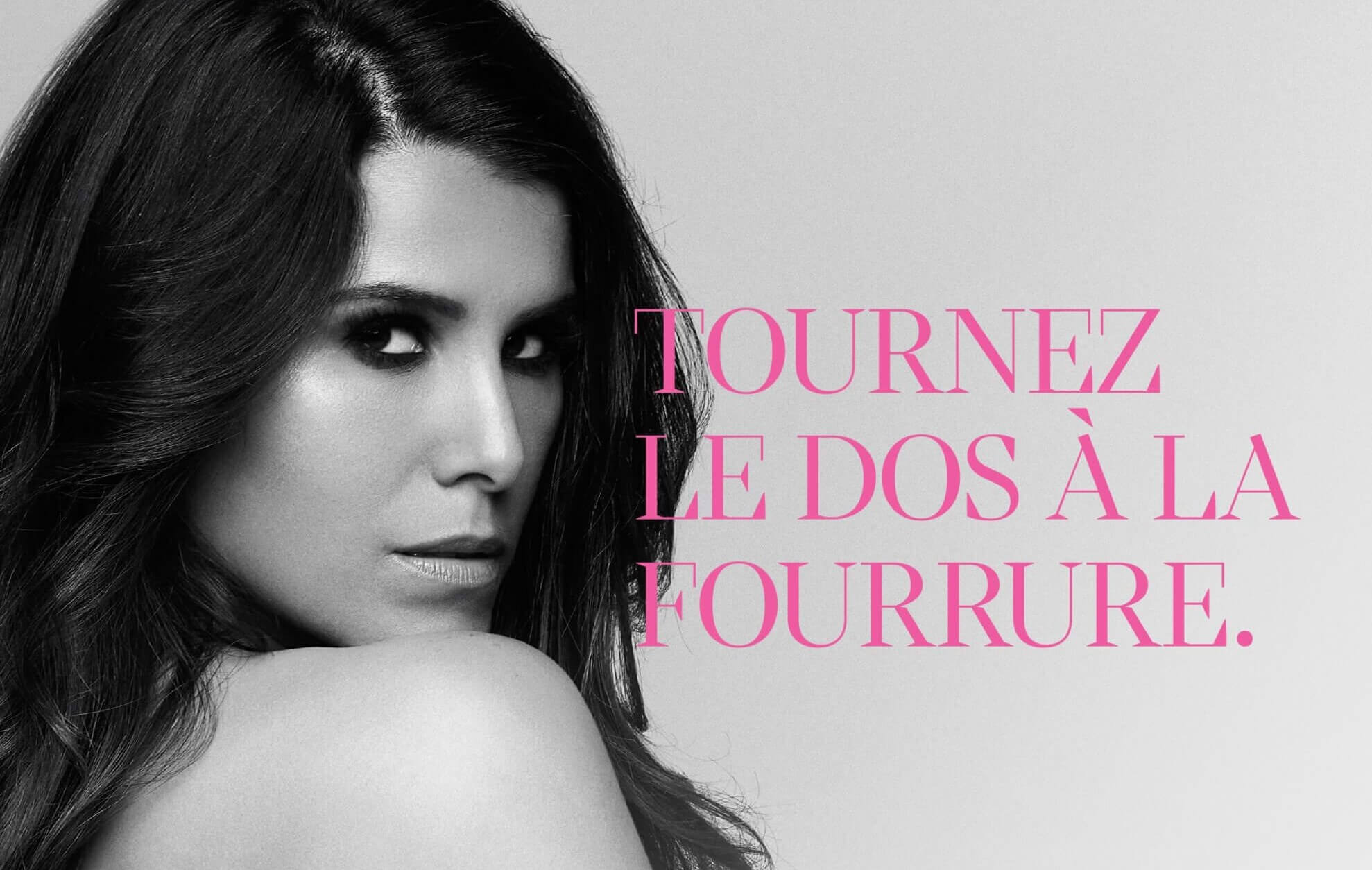 
While a cold wave persists across the country in April, presenter Karine Ferri does not cover herself with a thread to defend animals and joins forces with PETA to declare “Turn your back on fur “.

Karine Ferri joins other big-hearted celebrities who have joined PETA and its affiliates and dared to show off their skin so animals can keep theirs, like Gillian Anderson, Penelope Cruz, Eve Angeli, P! Nk, Pamela Anderson, Eva mendes. An important position for the host who regrets having worn fur in the past and even more encourages the public to inquire and check the labels.

Fur should never leave the animals that wear it

There is only one thing you can be sure of when buying fur: animals have been brutally killed for their skins, often after a lifetime of suffering and deprivation. Of surveys within many fur farms all over the world show the same unsanitary and cruel conditions and extreme suffering. Animals on farms are neglected, endure hunger and thirst, and often have open, untreated wounds. Many animals go mad from confinement and show signs of severe psychological distress, and some develop into self-harm and cannibalism. The bodies of dead animals can be left behind, often in cages near family members.

In addition to being at the origin of the violent killing of millions of animals, the fur industry is directly involved in the spread of the new coronavirus. Clusters of the disease have appeared in mink farms in around ten countries, including France. Other species bred for their fur, such as foxes and raccoon dogs, can also be infected with coronaviruses. PETA is now asking for the urgent closure of the 3 mink farms still in operation in the territory, and for the government to help breeders to convert to an activity that does not cause animal suffering.

While the list of big names in fashion who have turned their backs on fur continues to grow, the cruelty-free offer continues to grow too! Look at the labels and if an item contains fur, leave it on the shelf.

And if you are one of the 91% of French people who are opposed to the fur trade (2020 survey), also take action by writing to the Minister of Agriculture so that he puts an end to the nightmare of animals locked up and killed for their coats. in France by totally banning the breeding of animals for their fur: