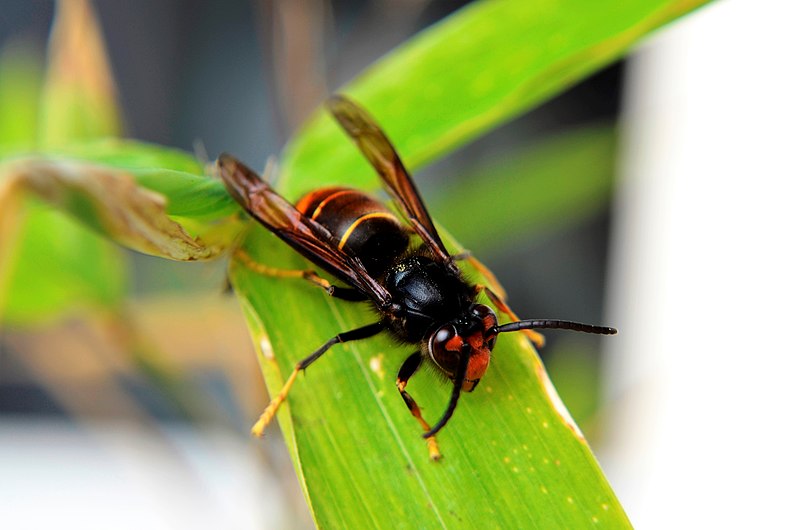 
Some time ago, a French study showed that Asian hornets were real opportunists. They feed on honey bees, but not only. The point is, these can attack as many as 150 different insect species, including flies and social wasps.

Hornets attack bees, but not only

For a few years now, we have known that Asian hornets (Vespa velutina) made honey bees their favorite food. This formidable insect is also probably one of the causes of the decline of bees with the attacks of the terrible parasite Varroa destructor as well as the intensive use of pesticides in agriculture. In 2018, a National Geographic WILD documentary showed how around 30 Asian hornets were able to slaughter a hive of 30,000 bees in just a few hours.

As explained a statement from iEES Paris on February 18, 2021, a study published in the Annales de la Société entomologique de France (SEF) confirmed that Asian hornets greatly appreciate our unfortunate honey bees. On the other hand, this work also showed that these insects actually hunted species most abundant in their immediate environment. In other words, Asian hornets also attack other insects!

As part of the study, a group of several renowned French institutions monitored sixteen colonies around the world. Using nets, the researchers intercepted around 12,000 hornets, allowing the analysis of 2,151 preys. However, using the morphological and genetic data of the prey in question, the researchers of the study succeeded in determining the food diversification of the hornets. If honey bees represent the largest part of this diet (38.1%), researchers were surprised to find flies (29.9%) as well as social wasps (19.7%). The remaining 13% concern no less than 159 insect species different in small proportion! Thus, the Asian hornet is a generalist and opportunistic predator ready to catch anything that flies that is smaller than him.

The study highlighted another element. If the Asian hornets living in cities are more formidable for bees, the hornets of the forests and surroundings rather attack wasps. In addition, this research has highlighted one last detail: the extreme voracity of the hornet. Indeed, each colony can consume more than 11 kg of insects in one season.

Finally, the iEES Paris raised an important point which could give rise to reflection. Due to its propensity to attack locally abundant prey, the Asian hornet is said to have limited impact on most wildlife. Thus, it may well be that the traps that humans set have a much greater impact on the entomofauna than the Asian hornet itself. It turns out that these traps are generally not very selective, capturing a large number and diversity of insects.