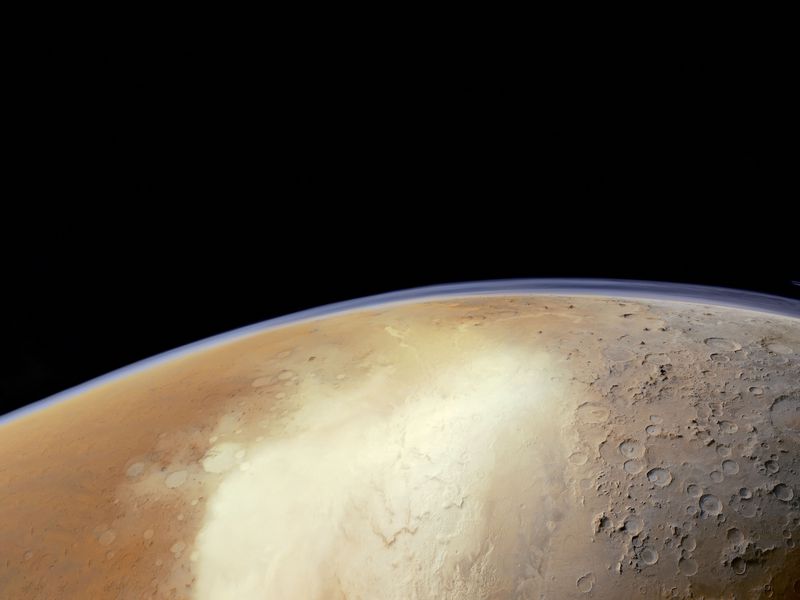 
While Perseverance has already been on Mars since February, China’s rover is still waiting for its chance to land on the Red Planet. The latter, which has just been named “Zhurong” after an ancient god of fire, will attempt to land in mid-May.

China continues to prepare for the landing of its rover. It is still expected that the Tianwen-1 mission, the country’s first interplanetary expedition, will land in a vast rocky plain called Utopia Planitia, where the American lander Viking 2 had already landed in 1976. Operations are expected to take place. in mid-May. The landing attempt will involve the deployment of a parachute, retro rocket fire and the inflation of huge air bags (similar to Pathfinder in 1997).

If successful, China will be the second only country to gently land on Mars after the United States.

The rover has (finally) a name

In the meantime, the Chinese National Space Administration (CNSA) revealed the name of its rover this Saturday, April 24: “Zhurong”, after a former god of fire. This name was selected from ten proposals shortlisted for an open public vote in January. This choice was supported by a group of experts and the CNSA itself.

The rover is 1.85 meters long with a mass of around 240 kg, which makes it much smaller than Perseverance, but larger than NASA’s early Spirit and Opportunity rovers.

The nominal lifespan of Zhurong, which will be able to travel at a maximum speed of 200 meters per hour, is 90 Sols, or 92.5 Earth days. However, remember that Yutu-2, the Chinese rover operating on the “dark” side of the Moon, had a similar design lifespan. However, it is still active after more than 800 days.

Once there, the solar-powered Zhurong rover, the size of a 240 kg golf cart, will collect data on Martian groundwater. It will also be a question of mapping the geological structure of the planet.

In the meantime, on the American side, operations are continuing with Ingenuity. The rotorcraft has already attempted and succeeded three flights.

These operations should continue for a few days, before giving way to the real mission of Perseverance. Its objectives will be to search for signs of past life inside Jezero Crater and collect samples for a future mission back to Earth. In the meantime, the rover has already managed to generate some oxygen on the red planet.