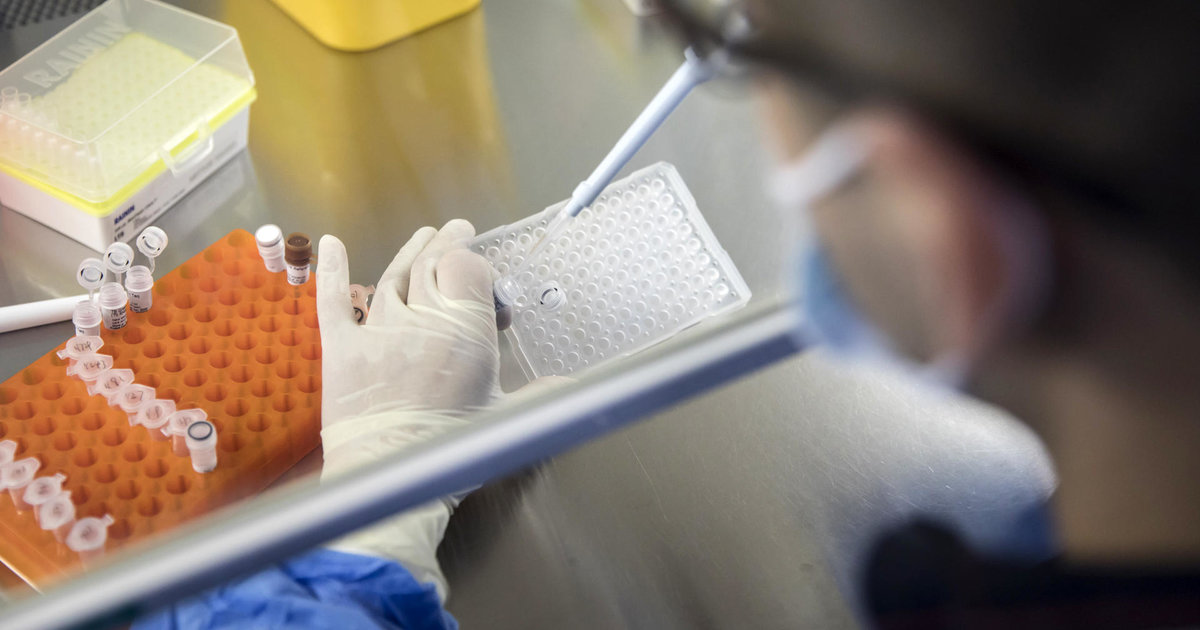 With several research centers, a French-speaking oncology network, a cell production laboratory finally accredited by Swissmedic and several hundred millions invested by foundations such as Isrec, the Ludwig Institute for Cancer Research (LICR), or even the canton of Vaud – which in particular recently granted funding from 30 million over five years to support clinical trials in oncological cell immunotherapies – the Lake Geneva area has resolutely given itself the means to place itself, at national and international level, at the forefront of cancer research.

True game changer, immunotherapy is undoubtedly the spearhead of this fight against a pathology that affects around 40,000 people each year in Switzerland. Considered a revolution by the scientific community, its objective is to stimulate the intrinsic capacities of the immune system to fight tumors. Gradually becoming the standard in the management of certain types of cancer (such as melanoma, lung, head and neck cancers), with spectacular results in some patients, it carries much of the current hopes. Its development in Lausanne, however, has lagged behind what had been announced, especially in these columns.

Several clinical trials were to be launched in recent years. One was intended in particular for young patients with acute leukemia in order to assess the effectiveness of therapy based on modified T lymphocytes, called CAR T-cells. This technique, which aims to transform the patient’s immune cells into personalized medicine, had already shown promising results in clinical trials conducted at the Seattle Pediatric Hospital, between 2014 and 2016, on around forty young patients with leukemia. relapsed or refractory acute lymphoblastic, with a 90% remission rate. At the Vaudois University Hospital Center (CHUV), the start-up was scheduled for the summer of 2019. It has not yet been launched.

Read also:
Immunotherapy for children too

Another clinical trial which was to start at the end of 2018 finally began in December 2020 with, as a first step, the enrollment of several patients. This is linked to the development of personalized vaccines against ovarian cancer. The goal: to collect cancer cells within the tumor, as well as dendritic cells from the blood of the affected individual. These dendritic cells are then cultured in vitro with the specific cancer proteins of the sick person so that they are adorned, on their surface, with tumor antigens. Once reinjected into the body, they allow other immune cells, the T lymphocytes, to better recognize cancer cells, and thus better kill them.

Read also:
Towards a personalized vaccine against ovarian cancer

Brakes linked to the pandemic

“We suffered some delay due to the pandemic,” explains Professor George Coukos, head of the oncology department at the University of Lausanne / CHUV and director of the LICR. The past year has been difficult for everyone. Despite the need for the hospital to reorient itself towards patients with Covid-19, we still had the possibility of continuing to treat patients with immunotherapy treatments. Regarding the pediatric clinical trial, we are working with our colleagues at the Seattle Children’s Hospital. They have had to stop all activity for the past eight months and we have therefore not been able to move forward as we wanted on an operational level. But the project has now resumed and we are working to move this collaboration forward. ”

Several protocols are also currently open: a dozen patients with metastatic melanoma have thus been treated by immunotherapy with TIL lymphocytes. [des lymphocytes infiltrant la tumeur et qui possèdent des propriétés anticancéreuses, ndlr]. “We are in the process of evaluating the results,” specifies George Coukos, “but the first analyzes seem very promising. Second generation TIL therapies, which we hope will be even more effective, will also be able to be implemented in the first trimester of this year for the treatment of certain solid tumors. In addition, two protocols aimed at developing vaccines for pancreatic and lung cancer have also been initiated. Our goal is to be able to extend these therapies to the whole of Switzerland. ”

Mikaël Pittet: “We want to understand why current immunotherapies only benefit a minority of patients”

After more than fifteen years in the United States, the Swiss biologist Mikaël Pittet was appointed in September full professor at the Department of Pathology and Immunology of the Faculty of Medicine of the University of Geneva. His work aims to better understand the factors that can promote the effectiveness of cancer treatments.

Le Temps: Immunotherapy has dramatically changed our approach to cancer, with dramatic results in some patients. However, it is not effective in all patients. Why?

Mikaël Pittet: Until now, research in immunotherapy has mainly focused on T lymphocytes, which are cells of the immune system capable of identifying tumor cells and destroying them. By discovering that they had some kind of brakes on their surface which limited their neutralizing power, it was possible to develop a new class of drugs, with the aim of activating them further. However, these treatments do not work in all patients. It is on this basis that we established the hypothesis that other cells of the immune system called myeloid, and which are sometimes in very large numbers within tumors, could regulate the disease but also have an influence on the efficiency. treatments.

Indeed. We believe they play a crucial role in allowing T lymphocytes to activate enough to fight cancer cells. Conversely, certain populations of cells called macrophages seem to limit the effectiveness of drugs and are associated with a poorer clinical prognosis.

How could these discoveries influence future therapeutic approaches?

We are working in particular on the development of treatments making it possible to strengthen the mechanisms generating dendritic cells within tumors, being convinced that these cells represent a prime target in the fight against cancer. Our laboratory is also continuing its work of mapping the immune cells that infiltrate tumors, in order to define their identity and then their functions. Our results have already allowed us to see that the types of immune responses that develop in tumors are relatively homogeneous from person to person, which means that a future treatment targeting myeloid cells has a good chance of being successful. be effective in a large number of patients. (SL)