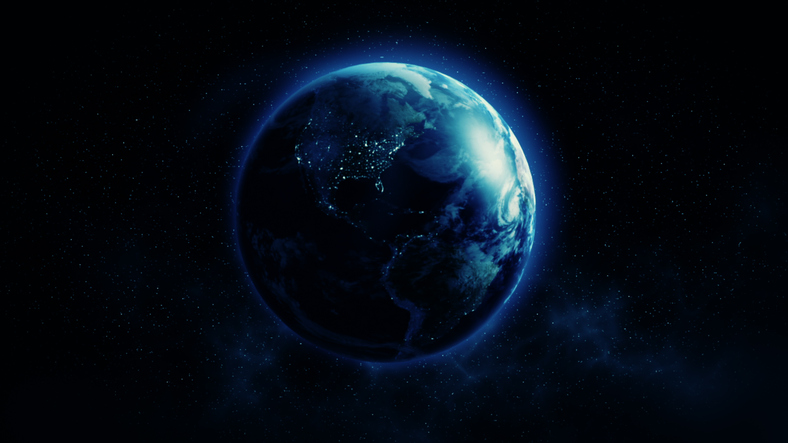 
While the retreat of continental ice has elementary repercussions (eg rising sea levels), it also gives rise to far more exotic consequences. Thus, in a study Recently, researchers report that the loss of mass from the polar caps was the main cause of a disruption of the Earth’s axis of rotation in the mid-1990s.

Planetary axis of rotation: a bifurcation in 1995

The imaginary axis around which the Earth revolves defines the geographic north and south poles. However, it should be noted that the latter are not fixed in a precise place since the axis of rotation is subjected to a continual drift with respect to the earth’s crust. However, this movement began a fairly notable turnaround at the end of the twentieth century, forking and suddenly accelerating east. Indeed, before that, the axis moved southwards at a speed seventeen times slower than that measured over the period 1995-2020.

The existence of a drift in the Earth’s axis of rotation has been linked to various influences, including fluctuations in the Earth’s outer core, in the hydrosphere, etc. During their study, the researchers looked more specifically at the impact of the global redistribution of water bodies between 1981 and 2020, especially in the context of climate change and the melting of the polar caps and mountain glaciers. To do this, scientists have used, among other things, gravity measurements made by satellites GRACE.

It emerges that the loss of ice from the polar regions constitutes the main element able to explain the bifurcation of 1995. A bit like modifying the mass distribution on a spinning top, the accelerated transfer of water from glaciers towards the ocean led to a disruption of the planetary axis of rotation. The authors also report a significant contribution from non-polar ice and excessive groundwater pumping for agriculture.

If the suggested change in the Earth’s axis of rotation is small enough to have no impact on our daily life, it is nonetheless measurable. In addition, its evolution continues to be affected by the acceleration of the loss of ice masses since this period, with similar phases in 2005 and 2012 in particular. ” This new discovery indicates that a close relationship existed between polar drift and climate change in the past ”, States the study in its summary. Enough to motivate future work on the subject!