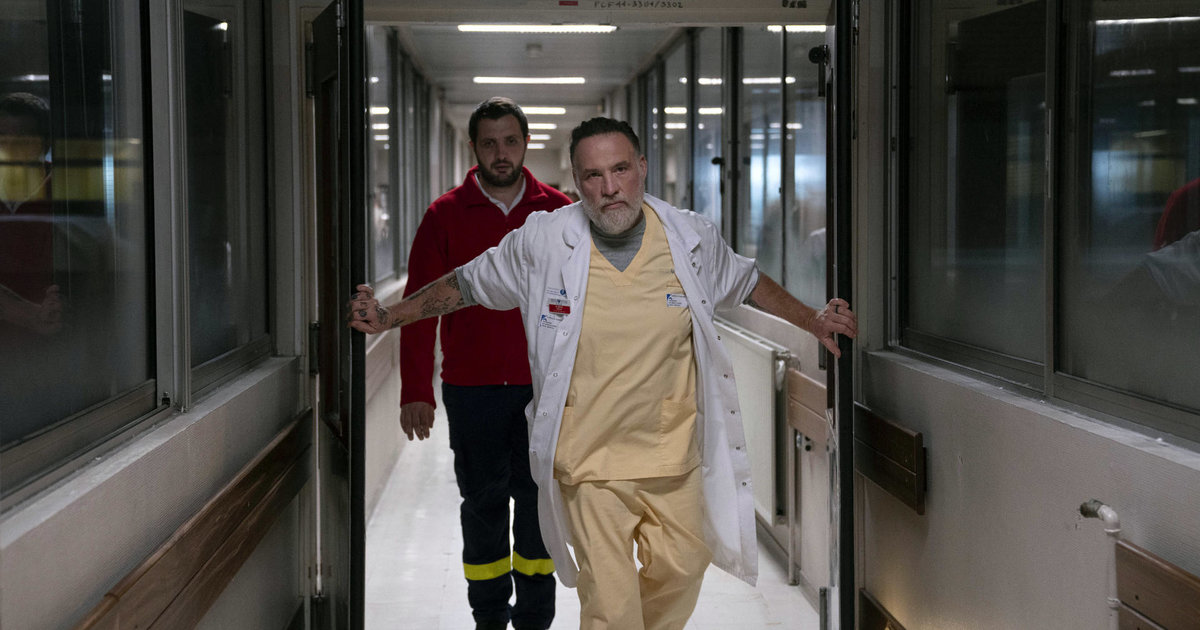 Their looks, already, are formidable. Within the first ten minutes of the start of the medical series Hippocrates (season 2), we have the astonished eyes of Alyson (Alice Belaïdi) when the young doctors learn that they will have to do in the emergency room; the pupils of Chloé (Louise Bourgoin), which betray her growing discomfort and, at the same time, her surprise at being associated with the action when she has been glued to administrative tasks after her health concerns; later, the attitude of Hugo (Zacharie Chasseriaud), who cannot hide his vocational hesitation. And again, Arben (Karim Leklou), chased away by the circumstances, who returns without wanting to come back, looking panicked.

Hippocrates begins a second chapter on Canal +, and we would be tempted to write fat sandwiches in context. The soap opera of Thomas Lilti, a doctor at the origin, comes out in the midst of a pandemic, while hospital systems have been both in the spotlight and on their knees for a year. Moreover, the screenwriter and director, who had first made a feature film of the same title, himself returned to the service of patients during the first wave.

Words from the team and our enthusiasm for season 1:
“Hippocrate”, the best medical series since “Urgences”

Moreover, it all started with a virus. In the first season, the central quartet, of medical assistants, rubbed shoulders with the pangs of internal medicine because the pundits of this medium-sized city hospital were struck by a nasty viral disease. The creator based the endangerment of his characters on a potential epidemic load – the leaders were placed in quarantine.

However, Hippocrates doesn’t need a direct resonance to the world’s premier news to shine. It is fascinating, gripping, sometimes overwhelming, because it is nourished by constant realism.

If the pandemic has of course marked the preparation of this second season, at the stage where we have seen it, there is no allusion to the virus. And we do not regret it: the credibility of the project is already proven, no need to add more.

Find
all our articles on the series

For this direct sequel to the adventures of the four, Thomas Lilti and his authors certainly make a small concession to the dramatic imperatives: by confronting their young heroes with the life of emergencies, what is more in a double context of crisis, they give themselves the means to maximize hospital suspense. The know-how in terms of extreme tension, based on medical challenges, is revealed from the second episode, in the heart of a hyperbaric chamber where Hugo accompanies people intoxicated with carbon monoxide in a hotel.

And addicts, since we are talking about them, there are about twenty, not to mention the rescuers who inhaled the stale air of the hotel. In normal times, the hospital would already have difficulty accommodating such an influx of patients, at least four of whom are in serious condition. But in addition, emergencies were flooded the day before, the institution is turned upside down. The beds had to be placed where it was possible, that is to say anywhere.

Double crisis, therefore. Which challenges the quartet even more intensely than during the first delivery. The narrative arcs can be guessed quite quickly: Alyson reveals himself in the ordeal but sometimes risks weakening, Hugo doubts, Arben dreams of coming back, and Chloe lives a bodily purgatory, pulled down because she has denied her physical problem … We guessed it, their new and interminable days tell of the crisis of the hospital system, its inability to keep all its promises, the harshness of the choice when the question arises of the priority of care according to the means available. In addition, the authors and directors are endowed with an extraordinary asset, a tattooed veteran, Doctor Brun (Bouli Lanners, a revelation), who supervises young people during this propulsion to emergencies.

In the rare moments of calm, we find ourselves dreaming. What if, with its usual precision, the soap opera unfolded the fate of its four figures until they reached the level of Doctor Brun? As in an ultra-luxury soap, Alyson, Chloe, Arben and Hugo would grow up, grow old in front of us, with us. There is a difference of twenty years. At least twenty seasons ofHippocrates: stingy, Canal +?

“Hippocrate”, season 2. Series in eight episodes, on MyCanal or Monday evenings on Canal +.