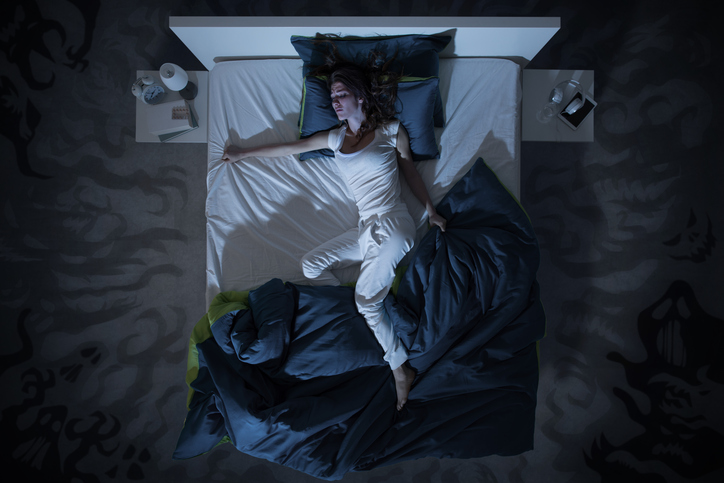 
During a first night at a friend’s house or at a hotel, on the plane or on the train, it is often difficult to get to sleep and sleep peacefully. Of course, sometimes this can be related to discomfort that interferes with sleep. However, according to one study, it all happens most often in the brain.

An asymmetry between the two sides of the brain

Sometimes we find ourselves waiting in places like airports, train stations and other waiting rooms. Having time to kill, it is then tempting to take a nap, but quite often it turns out complicated to achieve. The reason may lie in the discomfort of a rigid chair or cramped space. And yet, many people also struggle to get a sleep and get a good night’s sleep even in the optimal comfort of a guest room or hotel. This is called the “first-night effect”, and it affects many humans. In 2016, a study published in the journal Current biology and piloted by Brown University (United States) was interested in what happens in our brain during these first not very peaceful nights.

According to the researchers, the cerebral hemispheres do not fall asleep the same way than usual when spending a first night in a new place. Usually, the left and right sides find sleep in the same way. So it is a asymmetry between the two hemispheres which promotes the effect of the first night. The right side does not undergo any alteration, but the left side keeps a certain vigilance in the face of an unfamiliar environment. In short, part of the brain stays alert all night and does not allow you to sleep and rest completely.

A survival mechanism that prevents you from sleeping well

As part of their study, the scientists recruited eleven volunteers to submit them to advanced neuroimaging techniques. The aim was to study how brain waves react to sound stimuli during sleep. In tests, the researchers observed that the left side of the brain reacted differently to the right side. For example, the electrical waves in an EEG travel more to the left side. It is moreover this same left side which is capable of trigger the body to wake up faster. In other words, in the event of danger during the first time in a new environment, the left side acts as an alarm. It is therefore a real survival mechanism.

Usually, after a night or two in this new environment, the brain relaxes and rests. The latter then simply got used to it and the effects of the first night wore off. However, you should know that some previous work observed that this phenomenon could sometimes impact people on a duration of up to four days.