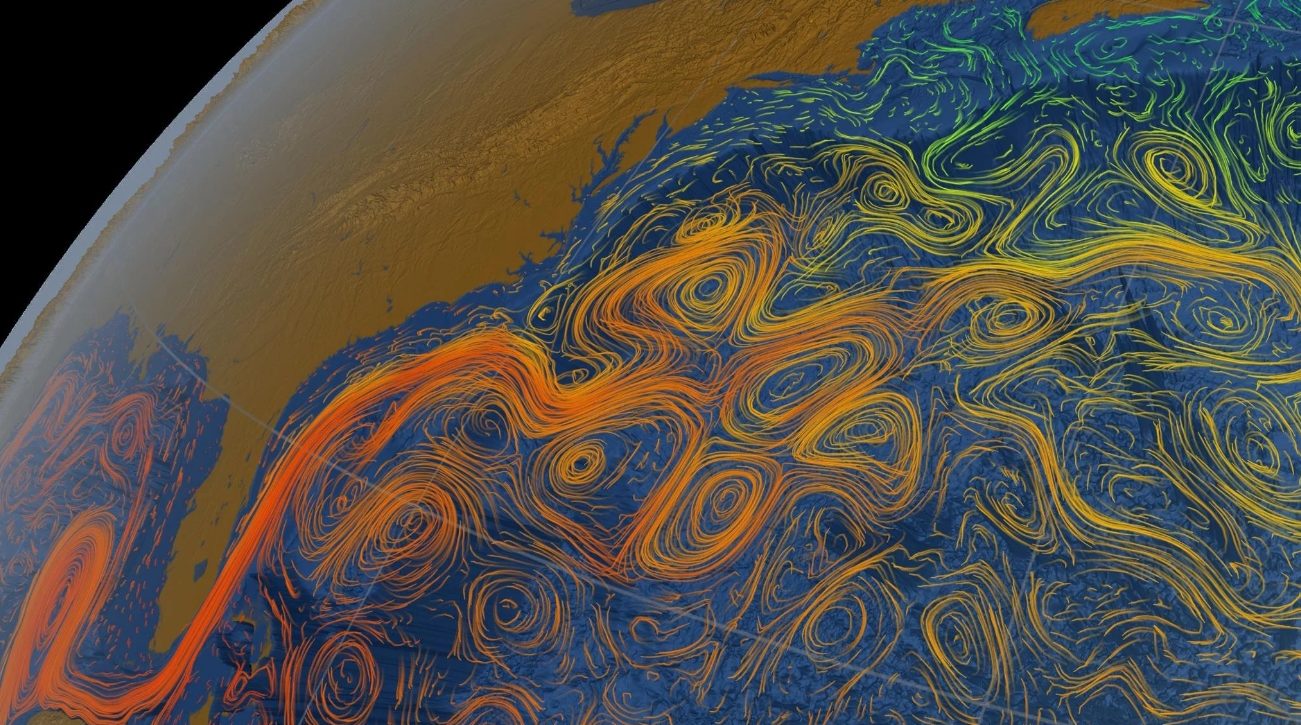 
The suspicions were already very present. Now, a new major assessment confirms it: the oceanic circulation system of which the Gulf Stream is a part is at its lowest level in more than a millennium. The results were published on February 25 in the journal Geoscience of nature.

The Atlantic Basin marine current system (called AMOC in English) is partly driven by water density. When they arrive near the seas surrounding Greenland and Svalbard, they become cold and salty enough to plunge to the depths and create a mass call from the south. This is how the northern extension of the Gulf Stream is maintained. Note that oceanographers speak more precisely of North Atlantic drift.

However, with climate change, the ice in Greenland and the Arctic is melting, releasing large amounts of fresh water. In fact, the upper oceanic layer tends to become less dense in these northern seas. Also, it is expected that the diving of the waters will be more and more difficult and that the ocean circulation will slow down.

The Gulf Stream system in decline

This mechanism has long been anticipated by climate modeling. However, although the observations seem to confirm the projections, it remains difficult to say how far the observed weakening differs from recent climate history. Or in other words, how much global warming contributes to this change. For this reason, in his special report on the oceans and the cryosphere published in 2019, the IPCC indicated with moderate confidence that “ AMOC weakened compared to 1850-1900 “. A phrasing marked by his great restraint.

New results published on February 25 in the journal Nature geoscience come to reinforce even more the idea ofa very atypical slowdown in recent decades. More precisely, on a scale unprecedented for more than 1000 years. A weakening that the authors of the study attribute mainly to climate change of human origin.

The reconstruction worked by scientists extends from the year 400 AD until today. Result of a meticulous compilation of various proxies (ice, marine sediments, etc.) published in a body of previous studies, it illustrates several different facets ofAMOC. Ultimately, the data indicates that the latter was very stable until the 19th century. Around 1850, at the end of the Little Ice Age, a first phase of weakening occurred. Then, a second much more marked in the second part of the 20th century.

Strong implications for America and Europe

” The Gulf Stream works like a giant conveyor belt, carrying warm surface water from the equator northward and returning cold, low salinity water deep south »Explains Stefan Rahmstorf, co-author of the paper. ” It moves nearly 20 million cubic meters of water per second, nearly 100 times the flow of the Amazon River “. Any alteration of this current system will therefore have significant repercussions on adjacent continents.

“ The surface flow of the AMOC to the north causes a deflection of water masses to the right, away from the east coast of the United States due to the rotation of the Earth »Explains Levke Caesar, lead author of the study. ” As the current slows, this effect weakens and more water can collect on the east coast of the United States, leading to increased sea level rise. “. Across the Atlantic, a weakened AMOC has been linked to more intense winter storms and heat waves. However, these are still open questions and, incidentally,an active research topic.

” If we continue to fuel global warming, the Gulf Stream system will weaken further – from 34 to 45% by 2100, according to the latest generation of climate models Stefan Rahmstorf warns. ” This could bring us dangerously close to the tipping point at which the flow becomes unstable. “.