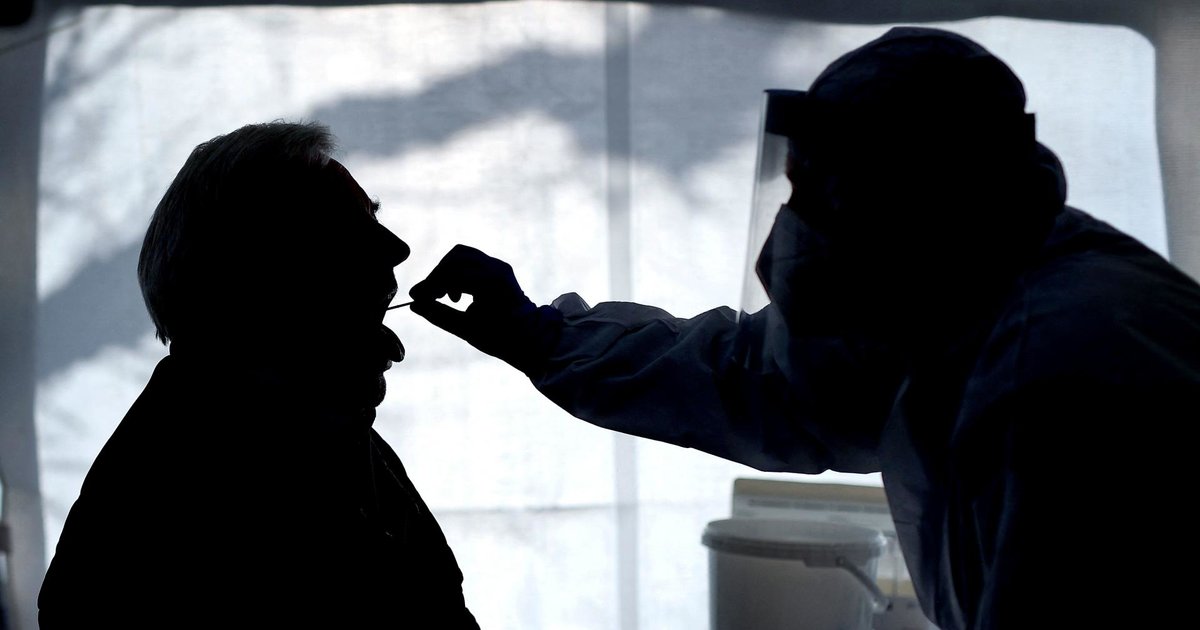 By gradually loosening the stranglehold on health measures in March, Switzerland will enter a period of transition that will take it from semi-confinement to the much hoped-for collective immunity. If it wants to negotiate this shift, and avoid losing control of the pandemic again, it will have to ensure the success of its strategy of screening and monitoring the genetic variants of the virus.

On the testing front, the debate revolves around the relevance of their intensification, and, if applicable, on the model to be applied. The canton of Graubünden has carried out 28,000 tests since February 1, for an indigenous population of around 200,000 inhabitants. It has since seen the number of new infections drop by 65%, compared to 34% in the rest of the country, writes the Day indicator. But it is difficult to say whether or not this result is due to this screening campaign, after all, far from being generalized.

“Carrying out large-scale tests requires significant logistics, especially for taking samples,” recalls Didier Trono, head of the “testing” platform of the Swiss scientific task force. A trained person is able to perform 80 nasopharyngeal smears per day, and each inhabitant should be tested every few days, which gives an idea of ​​the means to be deployed nationwide.

The arrival of saliva samples for PCR tests, as is the case in Graubünden, nevertheless facilitates this logistics and allows for an increase in capacity. But since it is still PCR, the limitations specific to this method remain: the samples must be sent to the laboratory and several hours are required before the results are known. Above all, PCR capacities are not unlimited: Didier Trono estimates them at 50,000 per day, insufficient to carry out a real massive screening campaign.

With the drop in the positivity rate, mass testing loses its relevance

With a faster obtaining of the result, the antigenic tests offer an interesting complementarity. Their lower sensitivity is certainly a drawback for screening the entire population, but symptomatic cases, which are generally accompanied by a high viral load, are well detected by this technique. In this context, these tests could prove to be invaluable in the weeks to come, because they should make it possible to identify the majority of contagious individuals.

Also read: How to navigate the jungle of Sars-CoV-2 screening tests?

“Rather than considering generalized PCR tests, it would be better to target the places where one suspects the presence of clusters, in order to circumscribe them quickly thanks to these antigenic tests”, suggests Didier Trono. In addition, mass testing the population when the positivity rate is on the decline – from 16% in January, it is only 5% these days – turns out to be less relevant: better to focus on people symptomatic and contact of infected individuals, the reverse may require a lot of effort for very few confirmed cases.

In short, it is a pragmatic approach, easy to implement, while waiting for the incidence to decrease as the vaccination progresses. But beware, adds Didier Trono: a negative antigen test does not rule out a newly contracted infection. For long-term monitoring, it needs to be repeated at short intervals.

The other pillar of epidemic control concerns the surveillance of genetic variants of the virus. Restaurants, cultural and sporting life, travel are all sectors that could promote the circulation of variants. How to spot them?

“We need a sample of viruses detected throughout Switzerland in order to immediately spot disturbing mutations. This would make it possible to verify as quickly as possible whether these variants escape antibodies or not, and to forward the information to vaccine manufacturers if necessary, ”argues Didier Trono.

Green light from the FOPH expected

Genetic surveillance would involve collecting samples identified as positive by laboratories and sending them to high-throughput sequencing platforms such as those in Geneva, Zurich, and in a few hospitals.

Once the genome sequence has been determined, it could then be compared with those of other isolates collected in Switzerland or elsewhere in the world, so as to detect immediately, through bioinformatics analyzes already validated within a national network, the emergence of suspicious variants, unsuspected chains of transmission or other elements relevant to the control of the epidemic.

The sample collection protocol is ready. “It is important to obtain specimens offering good geographic and demographic representativeness”, continues the scientist, whose objective is to rapidly sequence from 2000 to 3000 viruses per week throughout Switzerland. For that, he is waiting for the green light – and above all for the related funding – from the FOPH. “The office is studying the question … Things are progressing, let’s say, slowly,” he comments with a sober yet eloquent.