Gangs: state of emergency declared in several areas of Haiti 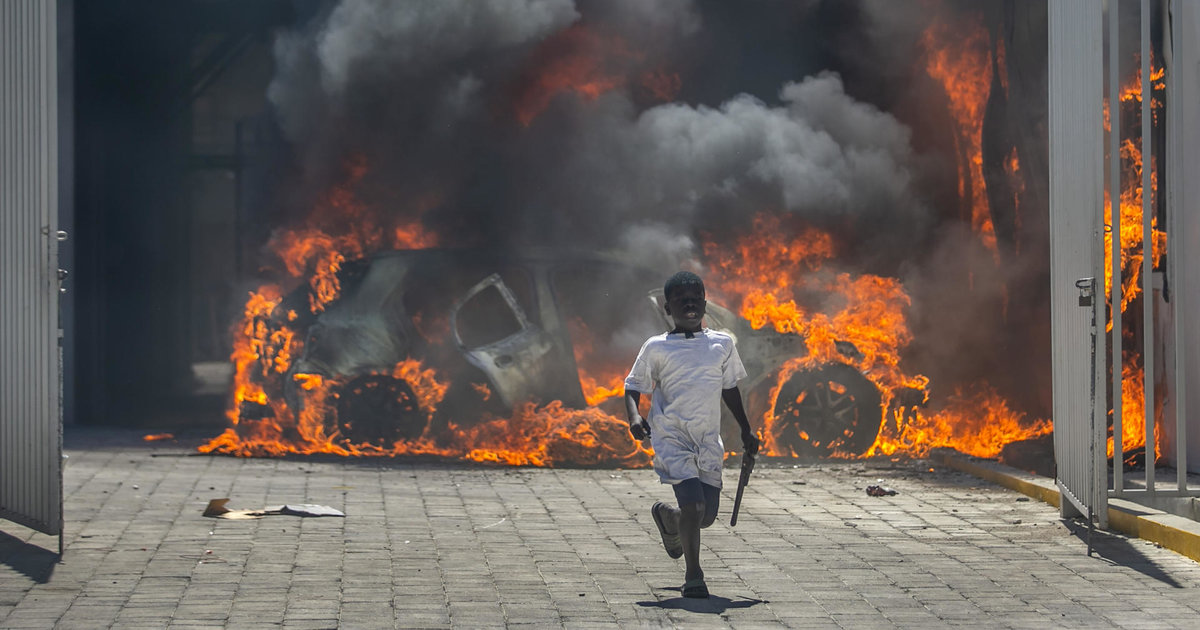 The Haitian executive power has declared a state of emergency for a period of one month in order to “restore the authority of the state” in areas controlled by gangs, the secretary of state for communication said on Thursday. , Frantz Exantus, at Agence France-Presse (AFP). “The state of emergency is precisely to restore the authority of the State, guarantee the security of the territory and allow citizens to freely go about their activities.”

The presidential decree establishing a state of emergency applies to three districts of the capital and a provincial communal section, controlled by the gangs, but the document indicates that the measure may extend to “all other identified red areas. by the Superior Council of the National Police ”.

“We don’t think it’s going to be the whole of the territory, but it can happen that two or three bandits try to control a portion of the territory. At that time, it will be up to the national police to identify these areas and apply measures to regain control of the entire territory, ”said the Secretary of State for Communication.

Declared for one month, the state of emergency can only be renewed once. “There may be communication restrictions, traffic restrictions on these areas to allow the intervention of the authorities and restore security”, detailed the member of the government.

The measure is motivated by the actions of armed gangs who “kidnap people for ransom, by declaring it openly, stealing and looting public and private property, and openly confronting the public security forces”, specifies the document dated March 16.

Since the fall, Haiti has seen an upsurge in kidnappings for ransom, which indiscriminately affect the richest inhabitants, and the majority living below the poverty line.

Anger of police officers and their supporters

A police operation, carried out on March 12 in a district of the capital that a gang uses as a place of sequestration of its victims, resulted in the death of four police officers and the loss of equipment. While an armored vehicle was recovered by police on Tuesday evening, the bodies of officers killed and mutilated by gang members, who posted videos of their actions, are still in the neighborhood.

For further: Haiti, an earthquake and a missed opportunity

“The government is calling for calm. It is true that the demands of the police and the population are fair, but that cannot be resolved in violence and provocation, ”reacted Frantz Exantus.

National police spokesman Gary Desrosiers told AFP on Thursday evening that, following recent events, the director of police for the West Department, where the capital is located, as well as the Port Commissioner -au-Prince have been replaced.