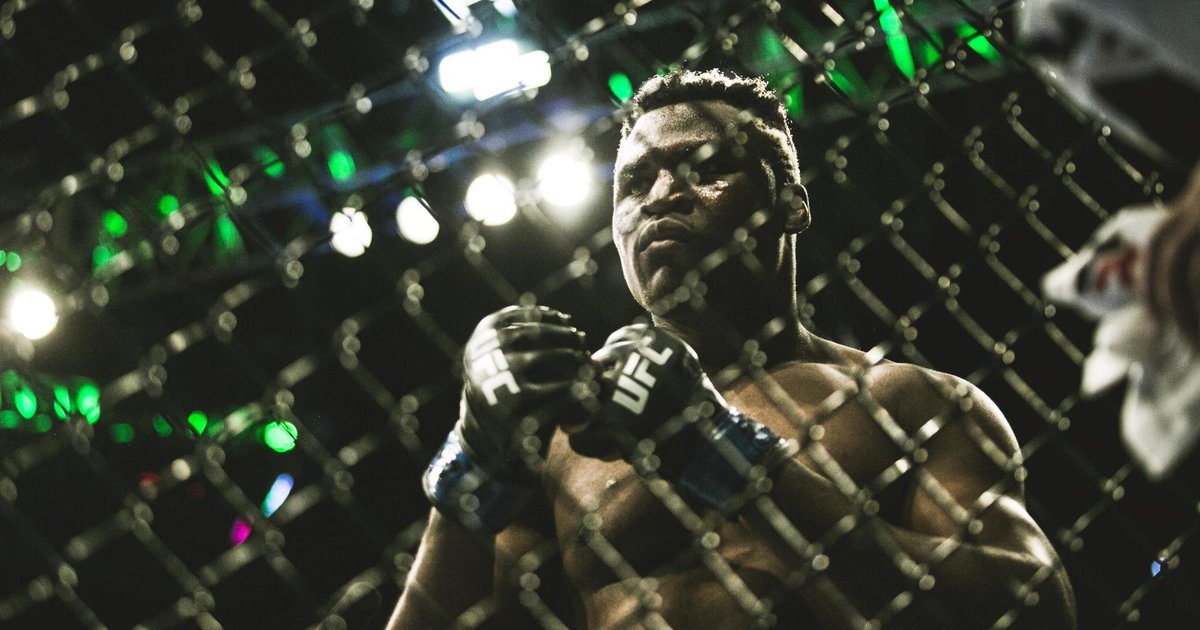 MMA (Mixed Martial Arts) is the combat sport that encompasses all the others. Little by little, submission after submission, KO after KO, this discipline long perceived as barbaric is gaining the ascendancy over all the others. In the cage of the octagon (the surface, wire mesh, of MMA fights) as on all rings, mats and tatami mats, heavyweights are the queen category. Since Saturday evening and his victory by KO in the second round over the American Stipe Miocic for the world title of the Ultimate Fighting Championship (UFC), we are entitled to consider the Cameroonian Francis Ngannou as the best fighter in the world.

This colossus (1 m 93, 113 kg) appeared late (he is already 34 years old) has 16 wins, most of them expeditious, and three defeats. He is nicknamed “Predator”, which does not correspond to his rather peaceful nature at rest. For him, MMA is a means before it is an end and he always inquires about the health of his opponent before celebrating his triumphs. If Francis Ngannou is indeed a “Predator”, it is more in reference to the cult film by John McTiernan (1987), in which an army of big arms (wrestler Jesse Ventura, Arnold Schwarzenegger and Carl Weathers, Apollo Creed of Rocky) get jerked off in the jungle by a superhuman warrior from another planet.

Francis Ngannou is this lonely fighter, coming from the planet of misery and wandering in a jungle called life. When he mentally prepares himself before his fights, he thinks back to what he went through “and so forth. [lui] then appears less hard ”. Even though he only started MMA in 2015, at the age of 29, he says: “I’ve been a fighter my whole life.”

His began in 1986 in Batié, a village in western Cameroon, in Bamileke country, on the national road which links Douala and Bafoussam. Batié is famous for its sand quarry. “I know where I was born but I could not say where I grew up”, summarizes Francis Ngannou to talk about his childhood, interrupted at the age of 6 by the divorce of his parents. Brinquebalé from one family to another, from one school to another, he sees the conflict of his parents squandering the little family fortune and his meager chances of academic success. Although gifted at school, he began to work at the age of 12 in the sand quarry.

A body sculpted with a crowbar

The work at the mine bar is grueling in addition to being dangerous. It is by planting his cast iron rod in the sides of the red mountain that he sculpts the muscles of a colossus. Later, he developed his explosiveness and coordination by loading 55 kilo bales of clothing. At 22, he has an athletic body but has never done sports in his life when he enters a boxing gym. He wants to escape his condition, invent a future for himself, he who dreamed of being a lawyer or an architect. Or Mike Tyson. But the noble art also requires long studies. He has the strength, but not the speed, nor the technique.

In 2012, at the age of 26, Francis Ngannou became one of those anonymous migrants who risk their lives to cross the Mediterranean. An episode on which he refuses to give details. He arrives in Paris with 100 euros in his pocket. No one is waiting for him, he doesn’t know anyone, he has no friends, no papers. He sleeps in the street or in public parking lots, is homeless, and finds that normal. “I did not expect anything else, he explains in the documentary that The Explorer Team devoted to him in 2018. Many think that France is a paradise, but I knew that my paradise I had to build it for myself. “

Porte de la Villette, its extraordinary size does not go unnoticed. The homeless aid association La Chorba (“the soup”) offers him meals, then distributes them to others. It is located next to a boxing hall, the MMA Factory. Francis Ngannou is 28 years old but he still dreams of forcing the doors of his paradise with his fists. In the gym, where he trains with his only pair of shoes that he wears everywhere, his technical shortcomings are the same as in Cameroon but his phenomenal punch is impressive. He was advised to move towards MMA, which he accepted in 2013, a little constrained and forced and after an unsuccessful detour through the pancrace.

The technical rudiments acquired, he quickly dominates his training partners with his extraordinary punch. The Predator is let loose. He played his first fight in November 2013, lost the next one a month later, then went on to ten victories which made him climb in the hierarchy and know in the United States. His fifth fight took place in Geneva, on September 20, 2014 at the Théâtre du Léman, against Lausanne’s Luc Ngeleka, to whom he inflicted a “standing guillotine” (strangulation) after 44 seconds.

In January 2018, he obtained a first world chance against Stipe Miocic, who made the fight last and won by decision. Francis Ngannou then said to himself that he has often fallen but has always stood up. He comes back, stronger, more determined. “In the cage, I feel at home.” Intruders are quickly dispatched. His last five fights are 44 seconds (Curtis Blaydes in September 2018), 26 seconds (Cain Velasquez in February 2019), 71 seconds (Junior Dos Santos in June 2019), 20 seconds (Jairzinho Rozenstruik in May 2020) and 52 seconds on Saturday against Stipe Miocic.

Batié is now famous for Francis Ngannou, who made his fortune in Las Vegas and reached his paradise. He’s the Tyson of MMA. With, ironically, a style that Jon Jones, the legend of the octagon and possible next opponent, considers too inspired by boxing to resist him.