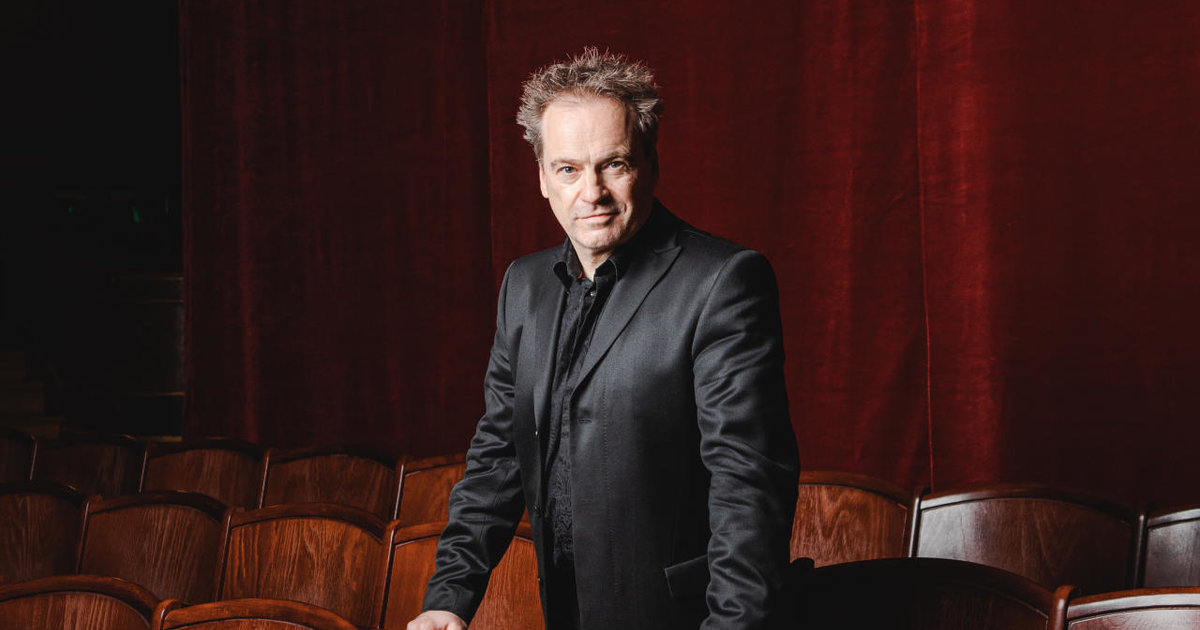 The concert versions of opera, we like… or not. For some, the contribution of the staging is inseparable from the lyrical gesture. For others, the frontal situation of singers alone in front of the orchestra allows greater musical concentration. Still others, like this cowardly humor spectator, get tired of overly offbeat rereading. At the announcement of Parsifal given in a purely musical situation at the Grand Théâtre, the lyricomaniac lets go: “A concert version also makes it easier. No naked women covered in mud screaming Czech poems in Yiddish! ”

We will therefore not know the scenic reading that Michael Thalheimer was to offer. Due to the pandemic, the “sacred scenic festival” is announced without staging, in a “light” and “adjusted” online version. Why is that? Because the nearly five hours of Parsifal are difficult to navigate without strong visual support.

The head of the OSR Jonathan Nott and the director of the Grand Théâtre Aviel Cahn sought a new solution to get around the obstacle of cancellation and make the project attractive. What should we have seen if the show could have happened? Aviel Cahn gives some leads. “A very refined vision, because the style of Michael Talheimer evolves in abstraction and focuses on austerity, psychology, spirituality and the universality of feelings.” If the director obviously regrets that the long-awaited production of the director could not be given in a stage version, he planned to schedule it later. “Sooner or later, but hopefully within two seasons.”

It will not then be a radical update. “No Grail Knights bankers or other reinterpretation of history. Michael Talheimer digs into myths, archetypes and legends with great talent and looks more to the eternal than the actuality. As for the very important lights, they underline the atmospheric side of its reading. “

A very important aspect for the upcoming concert version is the youth of the cast which is essentially taking roles. The tenor Daniel Brenna being ill, it is the famous Wagnerian Klaus Florian Vogt who will replace him. Kundry will be interpreted by Tanja Ariane Baumgartner, Amfortas by Josef Wagner and Gurnemanz by Mika Kares, in front of more seasoned soloists.

Shortening Wagner, a heresy? Not for the musical director who, by choosing extracts, seized the score with the passion, the deep knowledge and the delicacy that we know customary in this repertoire. “I especially did not want to make a compilation of strong points! ” he exclaims.

“Reducing the duration, for me, does not mean cutting corners. History should not be chopped up. Above all, it was a question of designing a journey that could travel more lightly through the entire work and its nuances. I tried to maintain the continuity and the tension of the narrative flow which take the music to new heights of expressiveness. ”

“By removing a good third of the book, I got down to following the action and the characters as closely as possible. I wanted to keep the musical line as a common thread, sliding orchestral passages between the cut theatrical scenes so that everything flows smoothly. I dare to think that Wagner doesn’t blame me! “

On the previous creation of the Grand Théâtre: No mercy for Mozart

All the characters and the choir are involved, and the reshuffles will form a form of general unity. “The third act is little cut, whereas the big scene of Gurnemanz, at the beginning of the first, is reduced by half in particular, and that in the second several passages are revised. When I delete, I try to recreate a continuum, because I want to avoid sausage at all costs. ” This form of revisiting Parsifal is in fact conceived more as a musical “condensation” than an operatic condensed. We wait with curiosity to discover the chef’s surprise.

“Parsifal” by Richard Wagner in concert version, with excerpts chosen by Jonathan Nott. Friday April 2 at 8 p.m. on Digital GTG and Play RTS Play. Program of approximately 2h55, with intermission offering interviews of the artists. Then available until April 5 on the site of the Grand Théâtre.