Five years ago SpaceX landed a rocket on a ship, and that changed everything 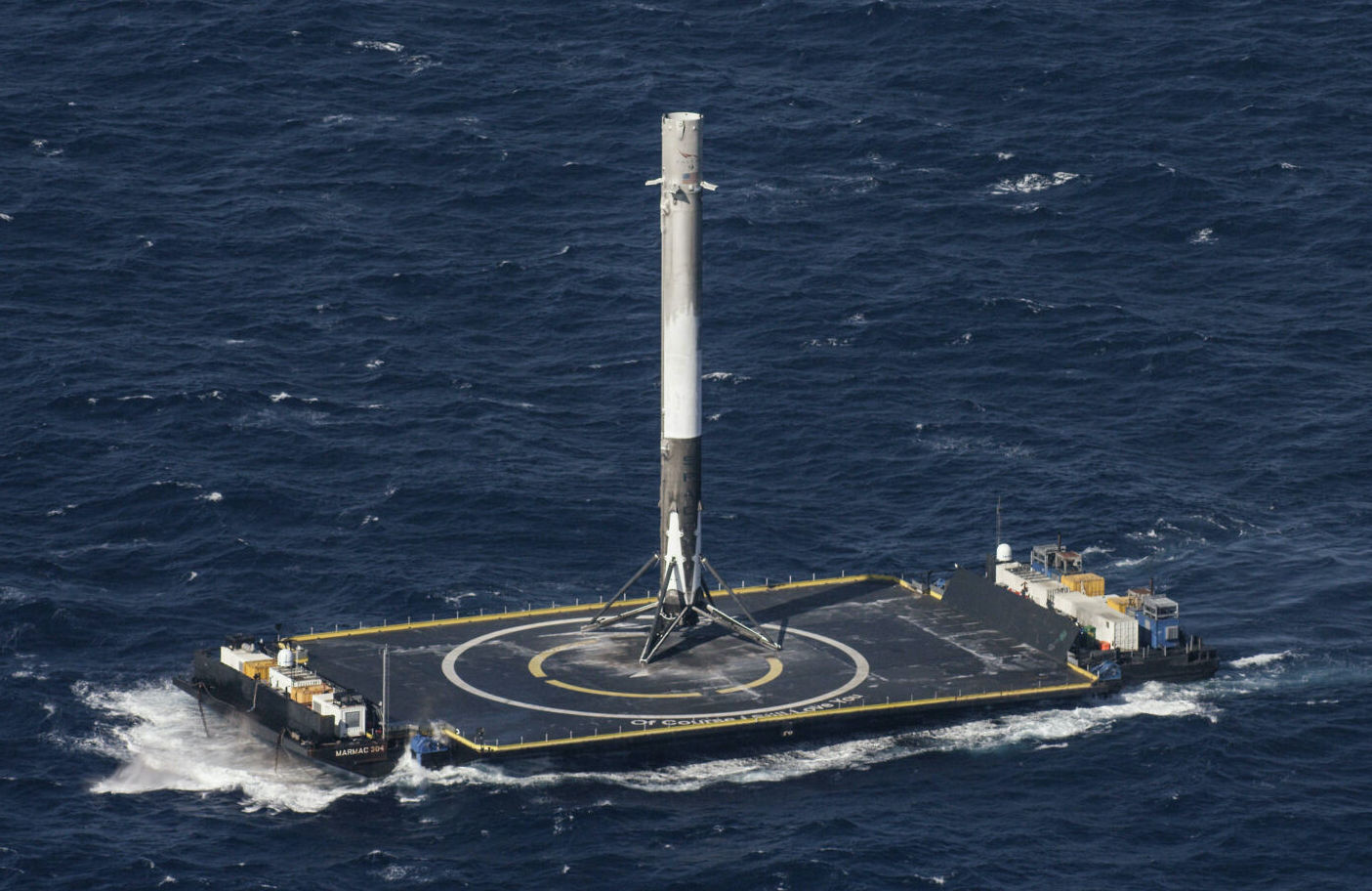 SpaceX would never have been able to widen as much of a gap with its competitors if the engineers of the company had not succeeded, in 2016, the feat of landing their Falcon 9 booster at sea. Here is why.

The importance of coming back to sea

A little over five years ago, on April 8, 2016, SpaceX achieved a feat: landing a Falcon 9 booster on a platform at sea, off Florida (the video can be viewed at the end of the article). The 2015 milestone, with that first successful landing on dry land near the launch pad, was already exceptional, but it was perhaps even more so.

On the one hand, because this touch was naturally more complicated on the technical level (the movements of the ocean are to be considered). And secondly, because without this landing capacity, SpaceX could not offer its current services.

You’ve probably noticed, during a launch, a rocket gradually tilts from a vertical orientation to a horizontal orientation as it prepares to release its second stage on an orbital path.

At this point, you need tons of fuel to hope to reverse course and return to the launch site. To save money, it is actually much more interesting to follow a parabolic arc to land hundreds of kilometers from the launch site. Then you manage to come back.

The performance data will confirm it to you. A Falcon 9 rocket that lands on a drone at sea can indeed lift approx.5.5 tonnes payload in geostationary transfer orbit, against only 3.5 tonnes for a rocket landing on the launch site.

This is why SpaceX has favored landings in the Atlantic for five years. Note that nearly ten years ago, Blue Origin patented this landing concept. SpaceX then challenged this patent in court and won.

The company has since managed to nail nearly sixty landings with its first stages of Falcon 9. And since the beginning of the year 2021, all the launches have been operated with veteran boosters (having already flown several times). In this way, the company connects the missions at considerably reduced costs.

Blue Origin, on the other hand, has yet to launch a single orbital rocket let alone land one. Jeff Bezos has modernized and named a salvage ship, named Jacklyn, but it is unlikely to catch up with a rocket until 2023, at the earliest.