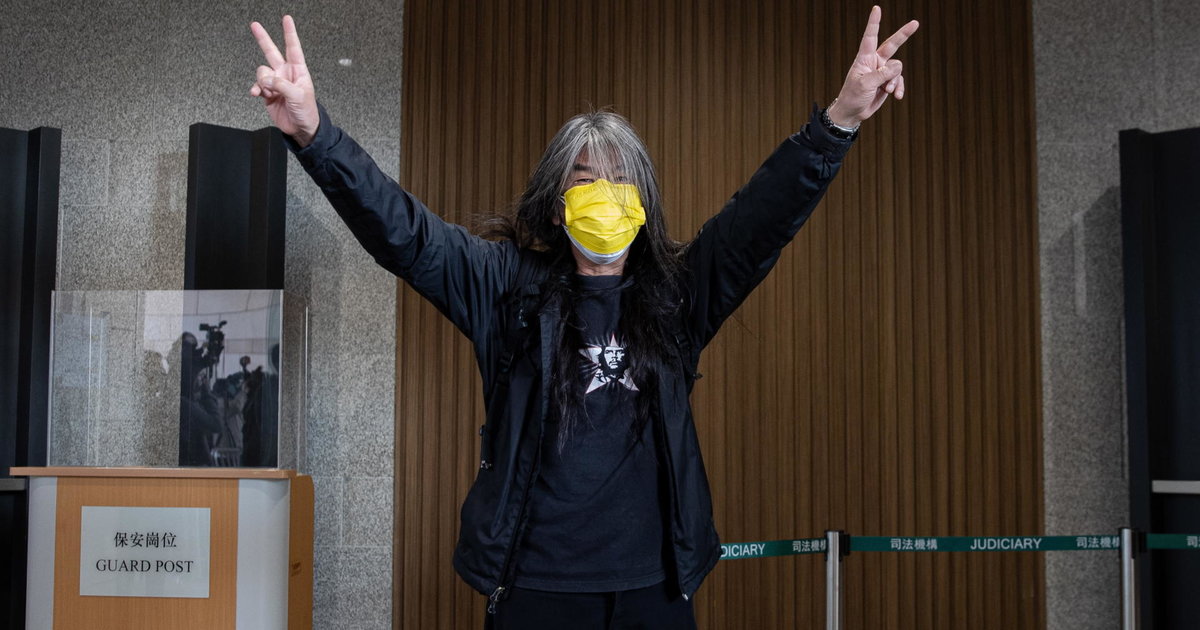 Several veterans of the pro-democracy fight in Hong Kong on trial for the organization of one of the biggest demonstrations of 2019 denounced Tuesday “political” prosecutions at the opening of their trial, which illustrates the implacable repression underway in the Chinese region.

Among the nine defendants are some of the most respected figures in the struggle for freedoms in the former British colony, often apostles of non-violence who have been mobilized for decades for the establishment of real suffrage. universal.

One of the most famous is the 82-year-old lawyer Martin Lee, who before the handover was chosen by Beijing to draft the Basic Law, the text which serves as a mini-constitution in the semi-autonomous region.

Also in the box are ex-opposition MP and lawyer Margaret Ng, 73, and media mogul Jimmy Lai, currently in pre-trial detention for separate prosecutions under the draconian security law. national law that Beijing imposed at the end of June 2020.

Several are leading figures of the Civil Front for Human Rights (CHRF), the coalition that organized the biggest protests in 2019, when the city experienced its worst political crisis since the handover in 1997, with actions and almost daily mobilizations.

When the defendants entered the court on Tuesday, several activists made a three-fingered salute, a gesture that has become in Asia a symbol of the fight against authoritarianism. “Getting together is not a crime! Down with political prosecution, ”shouted Leung Kwok-hung, an activist nicknamed“ Long Hair ”who has already been in prison for his commitment, and who was one of the nine.

Over 1.5 million people on the streets

The group, which faces up to five years in detention, is being prosecuted for organizing an unauthorized rally on August 18, 2019, the second largest protest in seven months of protests. Organizers had reported 1.7 million protesters that day, which would represent nearly a quarter of the population. This figure could not be verified independently.

For hours, a huge procession had traversed the streets of the center of the island of Hong Kong. At the start of the trial, which is expected to last around ten days, all of the defendants – except two – pleaded not guilty.

A former CHRF official, Au Nok-hin pleaded guilty to organizing and participating in an unauthorized gathering. The use of this qualification has long been denounced in Hong Kong by human rights associations.

On Tuesday, prosecutors accused defendants of defying police instructions by encouraging crowds to demonstrate, which disrupted traffic in the city.

The popularity of the popular protest was reflected in the ballot box by a triumph of the opposition in the local elections of November 2019. But the movement had suffered a brutal halt in early 2020 under the cumulative effect of the assembly restrictions taken against the coronavirus and thousands of arrests, but also a certain fatigue of the demonstrators.

With the exception of the abandonment of the controversial extradition law which had triggered the protest, the demonstrators had achieved nothing. And in 2020, the Chinese authorities initiated a strong takeover of the region, notably through the national security law imposed at the end of June.

No demonstration is now possible in the city, and the authorities have, on the pretext of the coronavirus, postponed for a year the legislative elections where the opposition had every chance of triumph.