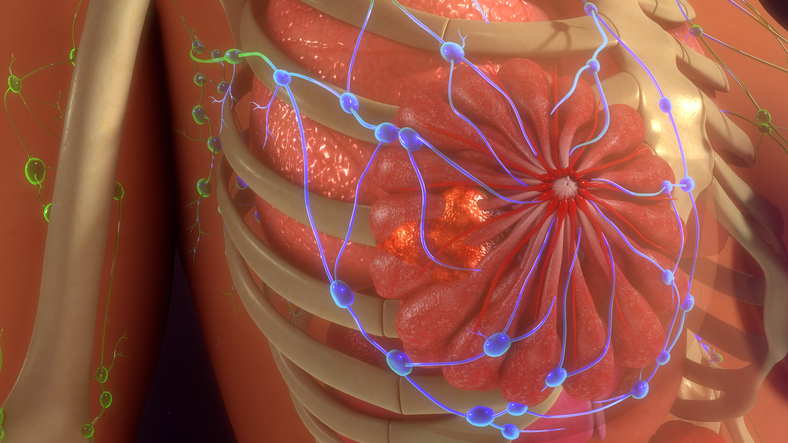 
In 2020, breast cancer became the most diagnosed cancer in the world, ahead of the lungs. The most affected regions of the world are high income countries. Risk factors related to lifestyle are involved.

According to a new report published in CA: A Cancer Journal for Clinicians, signed by the American Cancer Society and the International Agency for Research on Cancer (IARC), female breast cancer is most frequently diagnosed in the world before that of the lungs. This is a first. The announcement was made this Thursday, February 4, on the occasion of World Cancer Day, an international day of reflection observed each year with the aim of encouraging the prevention, detection and treatment of this disease.

In terms of figures, while the world was focused on the fight against Covid-19, doctors recorded about 19.3 million new cancer cases in 2020 (including nearly 468,000 in France) and nearly 10 million deaths attributed to cancer (185,621 deaths in France). On this sample, the one female breast representing 11.7% of diagnosed cases, followed by lung (11.4%) and colorectal cancer (10%).

It is not entirely clear why the number of cases has changed. According to the report’s authors, rates of the disease appear to be increasing in areas of the world where they are historically low.

“Dramatic changes in lifestyle and the built environment have had an impact on the prevalence of breast cancer risk factors such as being overweight, physical inactivity, alcohol consumption, postponement of breast cancer. motherhood, less childbirth and less breastfeedings ”, wrote the authors.

Also according to this report, a large part of breast cancer-related deaths in 2020 would be due to too late diagnoses. In 2020, organized screening suffered in particular from the confinements put in place in the fight against Covid. “People were also reluctant to go to the radiologist, gastroenterologist or general practitioner.“, Regrets Doctor Stéphane Cornelis on France Blue Auxerre.

Also, the researchers insist that more work must be done to ensure that affected patients are taken care of more quickly.

A new plan against cancer

On the French side, let us recall that the Head of State presented his long-term strategy for the fight against these diseases on Thursday. The objective is to reduce by 60,000 per year by 2040 the number of “preventable cancers”. To get there, Emmanuel Macron announced a 20% increase in resources deployed against a disease which remains the leading cause of death in men and the second in women.

The first priority areas of the new strategy will focus on prevention, in particular against the dangers of smoking and alcohol. The Head of State also wishes to convince more French people to participate in the three organized screenings set up: for breast cancer, colorectal cancer and, recently, the cervix in order to “achieve 1 million more screenings by 2025”Against 9 million each year today.