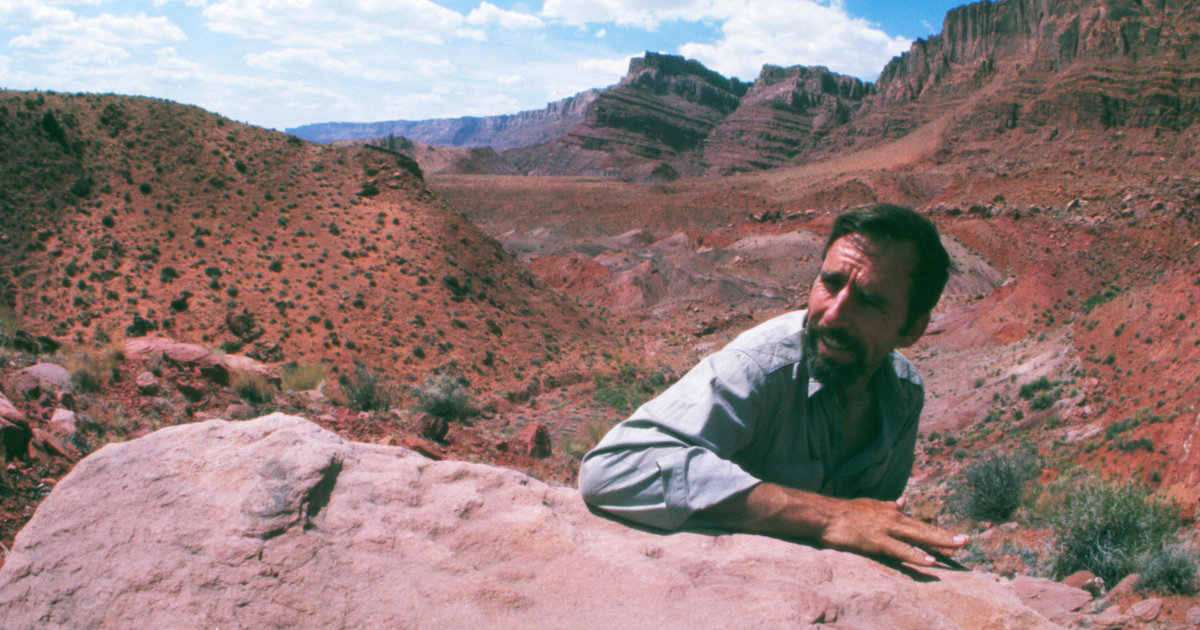 Edward Abbey (1927-1989) was born on the East Coast in Pennsylvania, in the Appalachians. But it is in the opposite direction of the family farm that the child’s gaze will be directed, devouring westerns with its eyes. “I have always been very attracted by the landscapes of the West, mainly because of the films”, he confided as an adult. In adolescence, it is the love shock for the geographic silhouette of the Far West during a trip by car and train to Seattle. “I became a western man at the age of 17, in the summer of 1944, hitchhiking across the United States. I fell in love with it, a passion that has never left me. ”

Read also: The Great West, a struggle of writers

To this unconditional love for the American West, its deserts, its canyons and its rivers, will be grafted a consciousness and an ecological commitment without limit, forged at the University of New Mexico where he wrote a thesis on “Anarchism and the morality of violence ”. Writing will never leave him. He gained notoriety in 1962 when his novel Only the untamed is brought to the screen with Kirk Douglas and Gena Rowlands in the lead roles.

More and more committed and enraged, the eco-anarchist cannot stand the slightest square meter of concrete on his favorite lands of enchantment that he will survey all his life; he worked for fifteen years as a ranger in several natural parks. His biggest heartbreak: the construction of the Glen Canyon Dam in Arizona, north of the Grand Canyon, which gave shape to the very touristic Lake Powell.

His two seasons at Arches National Park in Utah will inspire him Lonely desert, an essay published in 1968 and which has become a classic in Western literature. This reference book of nature writing and radical ecology castigates the ravages of progress on nature and advocates civil disobedience to protect it, not without poetry and lyricism. It is one of the most beautiful texts inspired by the Wild West.

Edward Abbey begins to make a living from his writings after the publication in 1975 of his cult novel The Wrench Gang, celebrating sabotage to protest against the destruction of natural heritage by urbanization, developers and bulldozers. He then became an icon of the counter-culture and one of the pioneers of ecological awareness in the United States. He wrote a total of nine novels, a collection of poetry and about fifteen essays.

We find the American poet, subversive and visionary author in the collection of unpublished texts in French Going down the river, hanging over the water of the very earthly Lonely desert. We rediscover his admiration for the beauty and immensity of the great American spaces. The same taste for adventure and exploration, the same panoramic ode to escape, the same poetic breath of freedom. And always this protest rage in the face of the “perpetual expansion of the extractive industries”. Sometimes he is wiser: “The world is big and it is incomprehensible.”

The writer’s pen flows with intoxication in the middle of mythical or unknown rivers of Utah, Arizona, Colorado, Alaska and the Canadian Yukon: Colorado, Green, San Juan, Dirty Devil, Pariah, Dolores, Aravaipa, Tatshenshini Rivers. Our body and mind float with those of Edward Abbey in these grandiose landscapes. Between rivers, forests and charismatic canyons, we meet salmon, rainbow trout, turkey vultures, kestrels and grizzly bears.

“Ed” also pays a fine homage to Henry David Thoreau in a long chapter which mixes meditations on the life of the author of Walden or life in the woods but also humor, in particular on celibacy and the sexuality of the austere naturalist of the XIXth century.

Also read: Jean Hegland: “The spirit of the forest has not stopped talking to me”

It is also in this collection that the eternal rebellious citizen evokes the end of his life. “The earth fed me for half a century; I owe a body to the earth. This debt will be paid. ” And indeed, upon his death and in accordance with his last wishes, Edward Abbey was secretly buried by his relatives in an undisclosed location in the Sonoran Desert, in the far southwest of Arizona, near the Mexican border. Some even think just the other way. Rebel to the end. With this epitaph engraved on a rock: “No comment”.