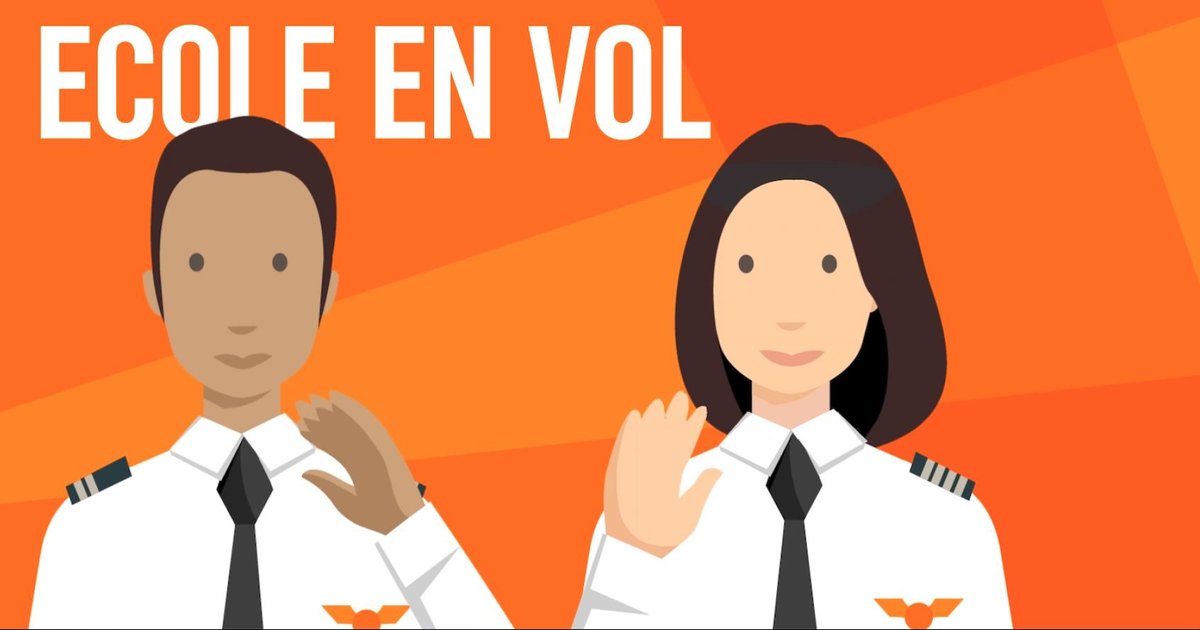 While waiting to take to the sky to go on vacation, why not discover the workings of aviation without leaving home? This is the invitation launched by EasyJet these days. In these times of dropping air traffic, the company is launching video lessons that target children aged 7 to 10.

Available on his YouTube channel, the six episodes target questions such as: “How do planes fly?”; “Why is the weather important?”; or “How do pilots know where they are going?” These educational films cover, among other things, notions of science and geography. They also aim to offer fun activities and give children a glimpse of the professional behind the scenes of the cockpit.

Created by company pilots, these videos combine real-life shots with animated images to help young audiences understand the scientific principles of flight. For example, how wings, thrust, drag and lift allow planes to “hold up” knowing that they can weigh up to 600 tonnes, the equivalent of 250 elephants! Guided by a captain, we visit the interior of the cockpit, as well as different parts of the aircraft: the tail, engines and nose.

With the idea of ​​offering activities during containment, each film has its share of crafts and challenges: making paper planes, drawing and identifying the different types of clouds, practicing making pilot announcements and drawing. detailed maps of his own city.

At the same time, the company launched at the beginning of March a program of videoconference class visits by pilots in order to explain the profession and to show, thanks to its many women pilots who take part in the operation, that we cannot is not dealing with an exclusively male profession. This initiative follows on from the one launched in 2015, which aims to remedy the gender imbalance in the profession.

“EasyJet Flight School”, six episodes to discover on YouTube. Find all the articles in the “One day, an idea“.