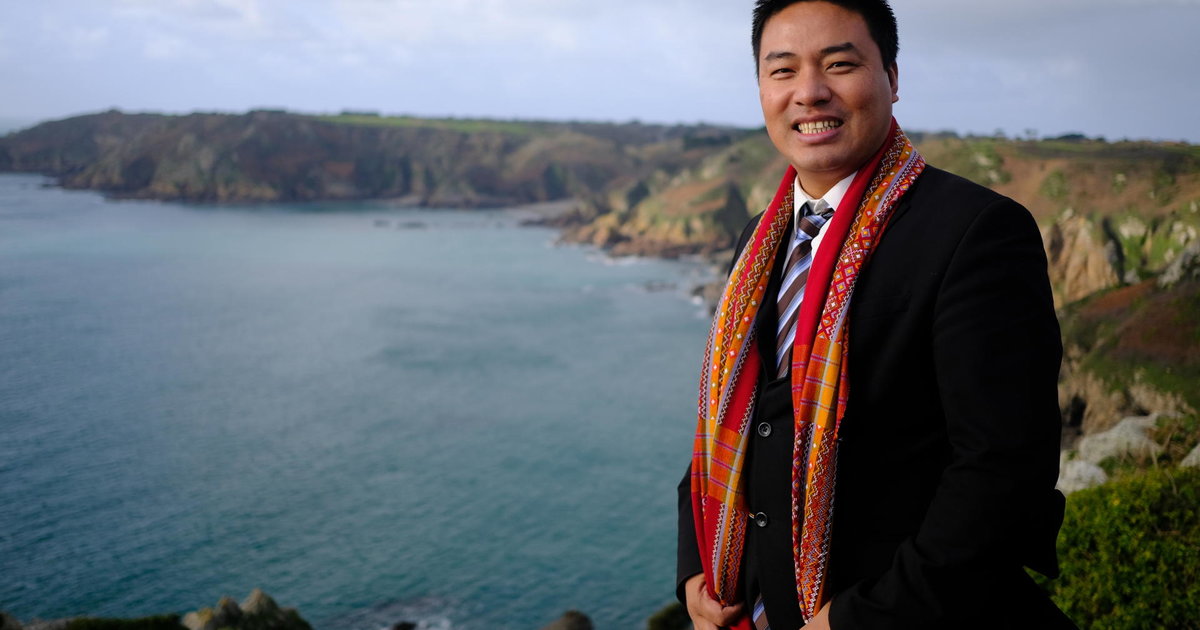 Dr Sasa appears on screen, dark suit and bright red tie. “Not a minute goes by without the military committing a crime against humanity,” he said calmly. The soldiers kill unarmed civilians, even children, in cold blood. ” February 22, three weeks after the Burmese junta had overthrown the National League for Democracy (NLD), the ruling party, and arrested its main leaders, Dr Sasa was appointed representative to the United Nations of CRPH, the government in exile, becoming the face of the Democratic camp abroad.

On the day of the coup, he was in the capital, Naypyidaw, ready to take on a ministerial post. “He escaped, disguised as a taxi driver, and drove for 64 hours, until he crossed the border,” said Chris Jones, a longtime friend who runs the British branch of son NGO Health & Hope. He now lives in hiding in a neighboring country.

Forty kilos on my back

This incredible escape is in the image of this unusual character. Born around 1980 (he does not know his exact date of birth) in Lailenpi, a destitute hamlet in the middle of the hills of the State of Chin, bordering India, it belongs to the Christian Mara minority. The army, in power until 2011, led frequent incursions into his village. “I saw one of my aunts being raped by soldiers and, from the age of 10, I had to act as their porter, hobbling through the jungle with a load of 40 kg on my back. », He says.

I will not stop fighting until we have built a state in which every Burmese has his place, without racism or discrimination

Members of this persecuted ethnic group were also in dire need of care. The nearest clinic was three days by motorbike. Dr Sasa says she saw three of her friends perish from diarrhea within 24 hours and her mother’s best friend die in childbirth in excruciating pain after five days of labor because she was unable to obtain health. cesarean section.

“These tragedies forged my conviction that I had to become a doctor,” he says. At the age of 13, he walked for 13 days to reach Yangon, the largest city in the country, and attend secondary school. The inhabitants of his village then sell their chickens, cows and pigs to finance the continuation of his education in India. He attended college in Meghalaya State while working on construction sites, then won a British scholarship to study medicine in Armenia. “He chose this country because the universities were cheap there,” says Chris Jones. In Yerevan, he meets Baroness Caroline Cox, member of the British House of Lords, who takes him to London where he obtains a medical internship.

But in 2007, he learned that his native region was suffering from severe famine. Every 40 or 50 years, bamboos bloom and, just before dying, produce a fruit prized by rats, which allows them to multiply and devour the crops of the villagers. Dr Sasa returns home and opens a makeshift clinic on the Burma-India border, treating 3,500 malnourished people per month.

Short of arms, in 2009 he created the NGO Health & Hope and asked each village to send him two residents, to whom he taught the basics of medicine. “We have trained a thousand community health assistants capable of serving 150,000 people,” explains Chris Jones. Now a local figure, Dr Sasa attracts the attention of the NLD pundits. “At the end of 2019, he received solicitations to get involved in politics, which he initially refused,” recalls Benedict Rogers, a writer and human rights specialist who knows him well. He eventually agreed to lead the party’s campaign in Chin State, allowing him to garner 93% of the vote there in the November 2020 elections.

Read also: Hope, solidarity and sorrow in the midst of a crisis: the testimony of a humanitarian aid worker in Myanmar

From the house where he is hiding, Dr Sasa now spends his days rallying international support. “I have just finished a conference with South African and Norwegian parliamentarians and I am preparing a document for the UN Security Council”, he slips, the lines drawn. On March 4, he wrote a letter to the United Nations calling for sanctions against the military and intervention by peacekeepers under the aegis of the responsibility to protect doctrine. “The international community is not doing enough,” he rages. The UN, ASEAN and the big neighboring countries like India have the means to put an end to this massacre. ” On March 16, the military charged him with treason, a charge that leads to the death penalty.

For an inclusive country

He also seeks to unite the various ethnic movements that make up his country, increasing the number of meetings on Zoom with Chinese, Karen, Shan and Rohingya leaders. When a fire broke out in a camp housing thousands of Rohingya refugees in Bangladesh, he tweeted to express his condolences and denounce the pogroms carried out by the army in 2017, a rare gesture in Burma where this Muslim community is treated like an outcast, both by the army and by the NLD.

“He is driven by a deep conviction that Burma must become an inclusive country where each ethnic group and religion enjoys the same rights”, judge Benedict Rogers. Aware that it will need ethnic militias to win its standoff against the army, the CRPH has rallied to this posture. He is preparing to announce the formation of a government of national unity and has promised to introduce a federalist system.

“I will not stop fighting until we have built a state in which every Burmese has his place, without racism or discrimination,” says the doctor turned politician. Without this, Burma has no future. ”

Approx. 1980 Birth in the middle of the wooded hills of the state of Chin.

1996 Departure to India, to follow university studies, continued in Armenia.

2007 Return to the country during a famine.

2020 Participation in the elections, as the NLD campaign leader in Chin State.