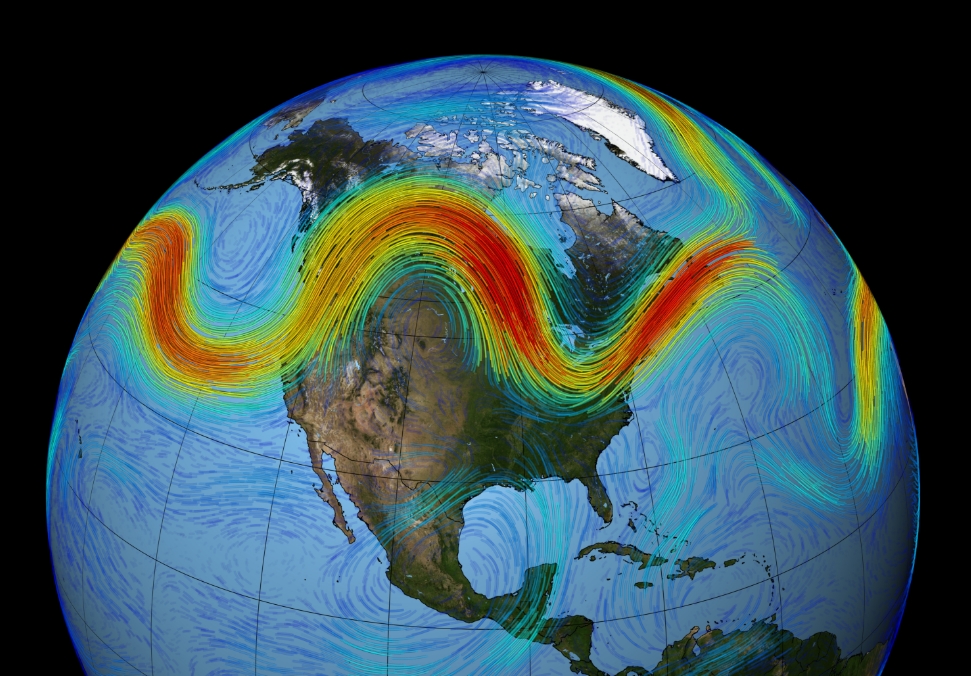 
In recent decades, the temperature difference between the Arctic and mid-latitudes has narrowed. A consequence of global warming which, according to some scientists, would bring more persistent – and therefore extreme – weather patterns to our latitudes. But do the observations really support this paradigm?

Global warming is not homogeneous. Indeed, some sectors are heating up more than others. In particular, the Arctic region is experiencing a temperature rise two to three times faster than the global average. This very distinctive signature bears the name ofarctic amplification.

One hypothesis suggests that a more marked warming in the north than in the south brings about depressions and highs in mid-latitudes to move less quickly to the east. However, a slower translational movement is generally associated with extreme weather situations. These include heat waves, droughts and cold spells, among others.

However, the physical path linking the decrease in the north-south thermal gradient to the mentioned slowdown is not clearly established. It is therefore difficult to say whether the hypothesis is valid and, if so, whether it corresponds to notable modifications.

In a study published in the journal Geophysical research letters, researchers from Dynamic meteorology laboratory have looked into the matter. The goal? Look in the observational series for a possible slowdown in the movement of mid-latitude meteorological systems.

To accomplish this arduous task – because it requires the precise identification of complex wave systems – scientists have developed a kind of speedometer using spectral analysis. The results obtained over the period from 1979 to 2018 reveal two major points. On the one hand, they confirm the link between extreme weather events and slower movement of depressions and highs. On the other hand, they show that if the speed of movement fluctuates a lot, it does not show significant long-term trends. And this, both in summer and in winter.

“Arctic amplification has not played a decisive role in modulating phase velocity variability in recent decades”, thus indicates the study in its abstract. A result that owes us “Remember that caution is required when attributing recent extreme weather conditions to increased stagnation of the meanders of the jet stream”.

In summary, despite the reduction in the north-south thermal gradient, there is no slowing down in the eastward propagation of high and low pressures. Also, the hypothesis exposed above does not seem to hold up to the observations. A point that calls for developing a better understanding of the fine processes controlling the atmospheric dynamics of mid-latitudes.