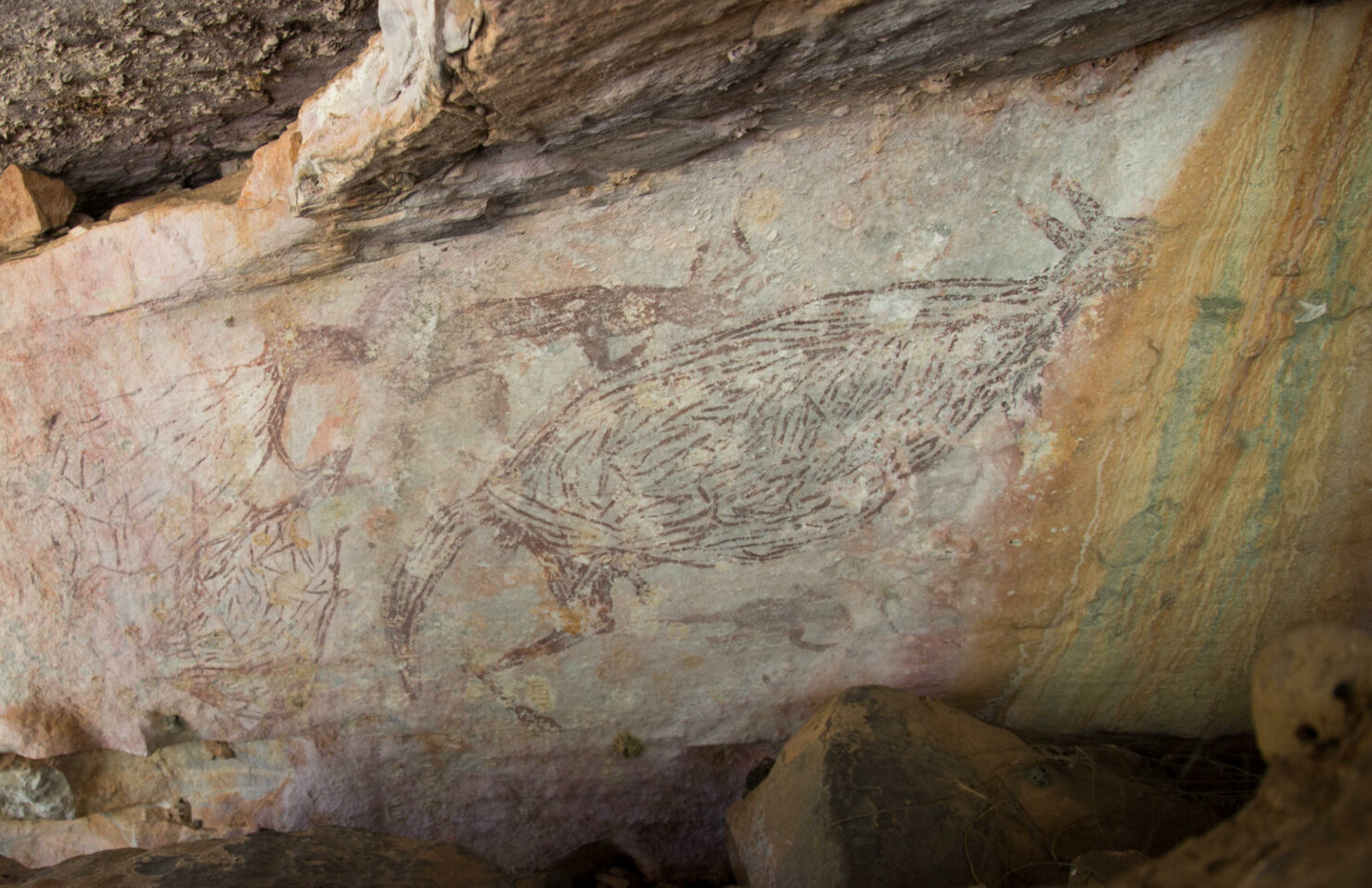 
The oldest known rock painting identified in Australia depicts – unsurprisingly – a kangaroo. His features were drawn about 17,000 years ago. The results are detailed in the review Human behavior of nature.

A few weeks ago a team of archaeologists announced the discovery of the oldest known figurative fresco in the world. Painted at least 45,500 years ago in Indonesia, it represents a wild pig. Today direction Australia, with the discovery of an aboriginal rock painting made there over 17,000 years.

A kangaroo, but not only

It all started in 2010. Damien Finch travels through the Australian bush on a hike (remote part of the Kimberley) and comes across something astonishing: several rock drawings. Intrigued to see so much evidence of ancient human cultural activity in an environment devoid of signs of modern human activity (roads, utility poles, buildings or plastic waste), he then decides to study the area a little closer. .

In a recent study, Finch and his team then worked with the Aborigines of the Kimberley region, and unearthed several other drawings (sixteen in total). Studying rock art is a complicated endeavor as, at the time, iron oxide pigments were used and no organic matter – which means that no radiocarbon analysis is possible.

But the researcher does not give up, and luckily, he discovers that some of the rocks nearby contain the remains of old wasp nests which, thanks to the many charcoal fragments they contain, can be carbon dated. In total, the researchers isolated 27 remains of nests both under and above the painted surfaces. By dating the two areas, he could therefore estimate the age of the drawings found in a “sandwich”.

These paintings include a snake, a lizard, wallabies and quokkas, or what looks like a human figure, painted around 9,000 years ago. However, it appears that the oldest represents a kangaroo (or a creature resembling a kangaroo), dated between 17,500 to 17,100 years, which makes it oldest painted figure dated from Australia to date.

Other treasures yet to be discovered

Unfortunately, little is known about the authors of these drawings. Little archaeological information has indeed been recovered, but the researcher is optimistic.

“For the first time, we can combine what we see in these paintings with what we know about the environment as it existed at the same time, towards the end of the last ice age”, he explains. “Science can tell us about the climate and sea level, as well as the plants and animals available at that time. I am sure that future research will provide a better understanding of the life of these ancient peoples ”.

Of course, this kangaroo is also unlikely to be Australia’s oldest painting. Since the first humans arrived in the area around 65,000 years ago, there are still many other drawings possibly lurking in the Australian wilderness.