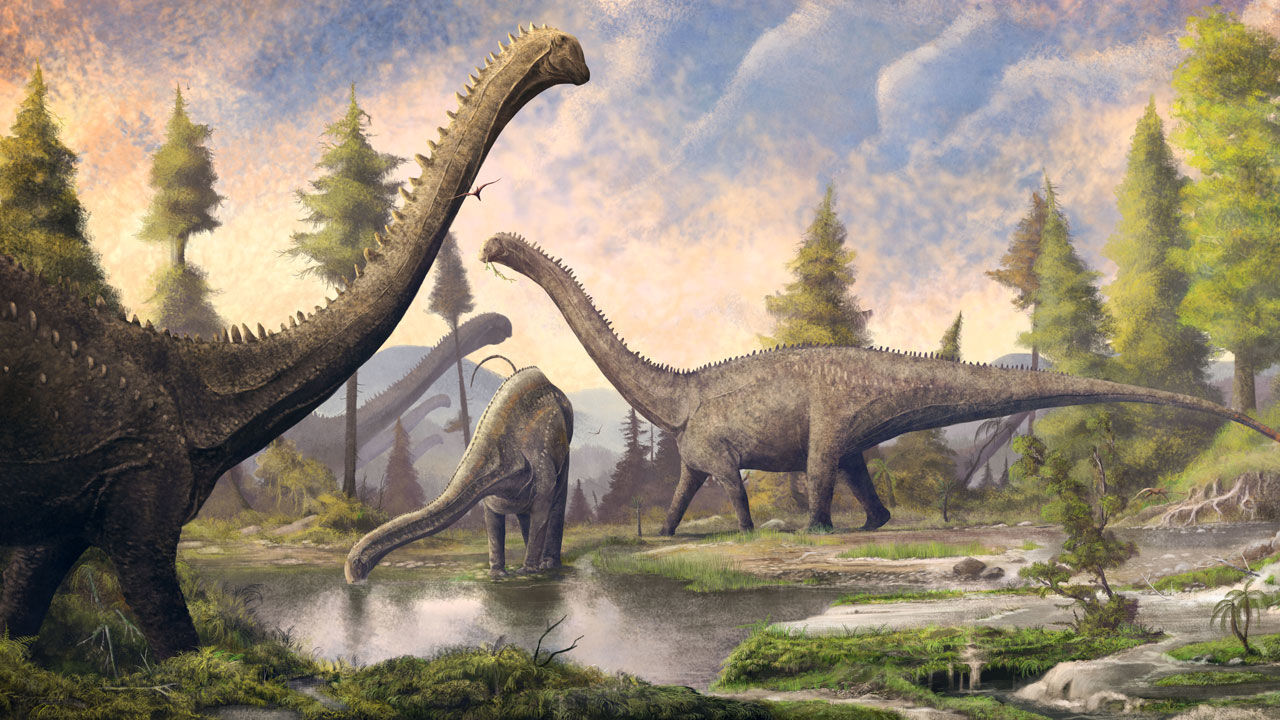 
A team of Chilean paleontologists announced on Monday April 19 that they had identified a new species of sauropod dinosaur whose remains were found some thirty years ago in the Atacama. Details of the study are published in the journal Cretaceous research.

A new giant in Chile

It is the third named dinosaur of Chile and the third titanosaur on the west side of the Andes in South America. His name: Arackar licanantay. The animal would have lived at the end of the Cretaceous period, there 80 to 66 million years ago in what is today the Atacama region.

His remains (femur, humerus, ischium and vertebral elements of the neck and back) were discovered in the 1990s by geologist Carlos Arévalo 75 kilometers south of the city of Copiapó. These bones have recently been the subject of in-depth analyzes by a team from the paleontology department of the National Museum of Natural History of Chile led by David Rubilar. On the basis of these analyzes, Arackar licanantay was indeed a distinct species.

“The autapomorphies characterizing this new titanosaur include medium neural arches with a large and high centroprezygapophyseal fossa, as well as a parapophyseal centroprezygapophyseal fossa extending over all anterior surfaces of the pedicles, but not above the neural canal.“, Can we read in the study. Paleontologists have also noted “reduced spinopostzygapophysial lamellae, shorter than the lengths of the postzygapophysial facet“.

According to a phylogenetic analysis based on a data matrix of 87 taxa, this new dinosaur fits into the clade comprising Rapetosaurus, another sauropod that lived in Madagascar at the end of the Late Cretaceous.

A dinosaur about eight meters long

On the physical side, imagine a shape similar to the famous diplodocus. Analysis of the bones found suggests that this large quadrupedal herbivore measured approximately 6.3 m long. On the other hand, the authors stress that it was a minor. In adulthood, Arackar licanantay might have reach eight meters long.

For now, that’s about all we can say about this animal. Between 2006 and 2011, David Rubilar and his team tried to find other remains of this dinosaur in the Atacama Desert, the driest in the world, but without success. However, the researchers had come across the remains of another dinosaur that they have not yet been able to classify.

The remains of these giant dinosaurs are usually found on the other side of the Andes mountain range, mainly in Brazil or Argentina. This is also what makes this new “discovery” in Chile so valuable.