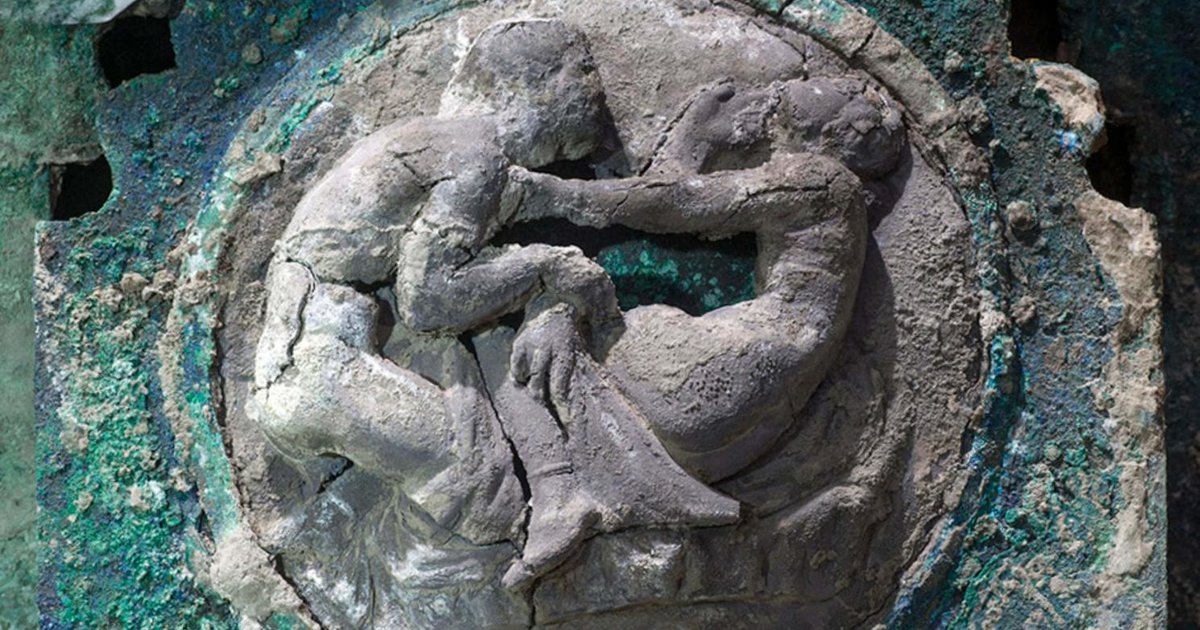 The archaeological park of Pompeii announced on Saturday the discovery of a large ceremonial float. It was found in excellent condition, just a few hundred meters north of the famous Italian cultural site.

“A large ceremonial chariot with four wheels, with its iron elements, beautiful bronze and pewter decorations, mineralized wood remains, imprints of organic elements (from ropes to the remains of vegetable decorations), was found almost intact ”, indicates a press release from the archaeological park.

The chariot was discovered in a porch in front of a stable where, already in 2018, the remains of 3 equines, including a harnessed horse, had been found, the statement said. This discovery was made in Civita Giuliana, a district located a few hundred meters north of the Pompeii archaeological park.

It was carried out as part of the fight against grave robbers, particularly active in this area of ​​Italy, full of archaeological treasures yet to be discovered.

“Pompeii continues to amaze us with its discoveries and it will be like this for many years to come, with another 20 hectares to be excavated,” Culture Minister Dario Franceschini said, quoted in a statement from his ministry.

“It is an extraordinary discovery for the knowledge of the ancient world, rejoiced the outgoing director of the archaeological park, Massimo Osanna, quoted in the press release. It is a ceremonial float, not used on a daily basis or for agricultural transport, but to accompany the moments of celebration of the community, parades and processions ”.

Like most Italian cultural sites, Pompeii, buried by the eruption of Vesuvius in AD 79, has remained closed in recent months due to the Covid pandemic and only reopened on January 18. In 2019, the site had welcomed more than 3.9 million visitors, making it the third most visited site in Italy after the Colosseum in Rome and the Uffizi Museum in Florence.