Crisis at the southern border of the United States: the moment of truth for Joe Biden 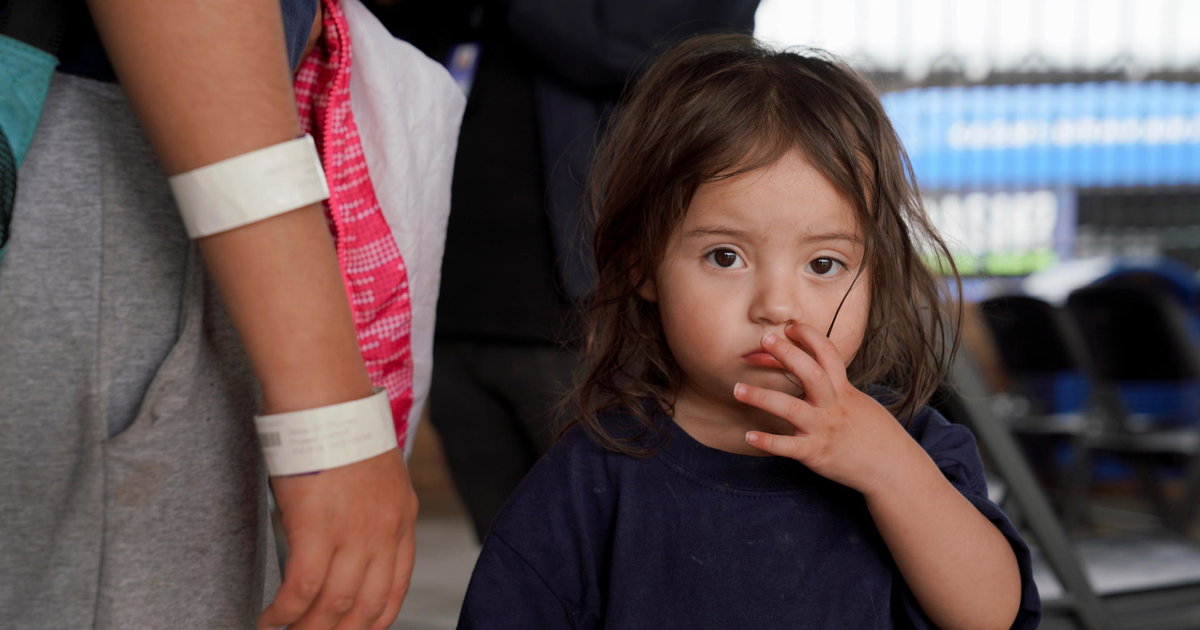 The situation could quickly become untenable. As Joe Biden focuses on fighting the pandemic, showing good results, he is starting to come under heavy criticism for his handling of migration policy, including in his own camp. Concerns are mounting. The humanitarian crisis is emerging. Since the election of the Democratic president, thousands of migrants have flocked to the Mexican border, convinced that they will have easier access to the United States. Joe Biden will now have to answer two questions: how not to create a draw effect? And above all: how to effectively manage the influx of unaccompanied minors, when the issue of migrant children was already very sensitive under the Trump administration?

Read also: With Joe Biden, hope is reborn for thousands of illegals

“No time to come”

On Tuesday, the US Minister of Homeland Security, Alejandro Mayorkas, was unable to say reassuring. “We are on the verge of having more people on the southwest border than we have had in the past 20 years,” he said in a statement, describing the situation as “difficult” . He specifies: “We are working 24 hours a day to manage it.” Unaccompanied minor children are not returned to their country of origin. But, vulnerable, they cannot remain in Mexico without special protection. They are easy prey for all kinds of traffickers. And therefore a real cause for concern for the Biden administration. However, the risk is great that many minors “disappear” in nature: the reception structures for those under 18 at the border are overcrowded, confirmed Alejandro Mayorkas.

For now, other than saying the situation is being taken seriously, the Biden administration doesn’t really have the means to act. Several senior officials insist on the need to practice a “humane” migration policy and to improve the reception capacities of migrants. But the Minister of Homeland Security also told ABC that the White House “sends an important message that this is not the time to come to the border.” “I can say it very clearly: do not come,” said Tuesday, on the same channel, Joe Biden. We are in the process of organizing ourselves. Don’t leave your city or your community. ” In fact, in the midst of the pandemic, most of those who enter the United States illegally are returned to their country of origin or ordered to remain in Mexico. Meanwhile, in migrant networks, word of mouth, sometimes caused by false information knowingly conveyed by smugglers, encourages them on the contrary to always hurry to the southern border of the United States.

Republicans take advantage of these tensions to accuse Joe Biden of being responsible, by dint of wanting to reverse the decisions taken by Donald Trump. Very quickly, the Democratic president wanted to stand out from his predecessor. He posted his priorities in the migration file, which he will concretize through a vast reform: he first ordered the end of the construction of the wall with Mexico, suspended deportations and promises in particular to facilitate the regularization of millions of illegal immigrants already present on American soil for several years. He also inherits from Donald Trump a most sensitive issue: nearly 5,000 migrant families have been separated at the border and hundreds of children, lost in the administrative twists and turns, have still not found their parents.

From now on, to this thorny issue is added that of the new minors, this time unaccompanied, who arrive at the border. In February, out of some 100,000 arrests of illegals at the border on the American side (against 71,000 in December and 75,000 in January), 9,457 were minors without families, according to official figures. This represents an increase of 60% compared to the previous month.

On Twitter, Bennet Omalu doesn’t mince his words. “I’m a Democrat, but I would advise the Biden administration to handle the border crisis aggressively, otherwise there will be a backlash in 2022 (a hint of the midterm elections). Law and order must reign; who will take care of these unaccompanied children? Returning them is perhaps the only option, ”reacts the forensic pathologist and neurologist, who has made himself famous by linking chronic traumatic encephalopathy to the practice of certain violent sports. He himself is of foreign origin. Joe Biden must also face criticism from representatives of the left wing of his party, who accuse him of not being “human” enough in the face of migrants.

Provisional centers managed by the Border Patrol with now nearly 4,000 young migrants crammed together, left to their own devices, what is more during the Covid period: these images will not facilitate the task of Joe Biden who risks having difficulties in pass its migration reform to the Senate. They are reminiscent of those of migrant children detained under the Trump administration. According to a recent CBS / YouGov poll, 62% of those polled approve of the way Biden is handling his role as president, 60% his handling of the economy and 67% his handling of the coronavirus. But only 52% find that they have a good migration policy.

Joe Biden’s detractors are using the scarecrow method of the former Republican president: brandishing fear, asserting that “terrorists” are hiding among migrants, accusing the illegals of spreading the coronavirus, to darken the picture. Border areas are conducive to the spread of all kinds of rumors. Joe Biden is reportedly not planning to go to the border at this time. But on Monday, Kevin McCarthy, the leader of the Republican minority in the Senate, did so, on the El Paso, Texas side, with a delegation from his party, aware of the importance of momentum in criticizing the Democratic president. “It’s more than a crisis. It’s a human heartbreak, ”he noted, playing in the register of emotion. “This was not to happen. This crisis is the result of the policy of the new administration. ” Clarification: Kevin McCarthy has always supported the zero tolerance policy practiced by Donald Trump, including the controversial measure to separate families at the borders.