Christian Vitta, the Ticinese who stood up to Bern 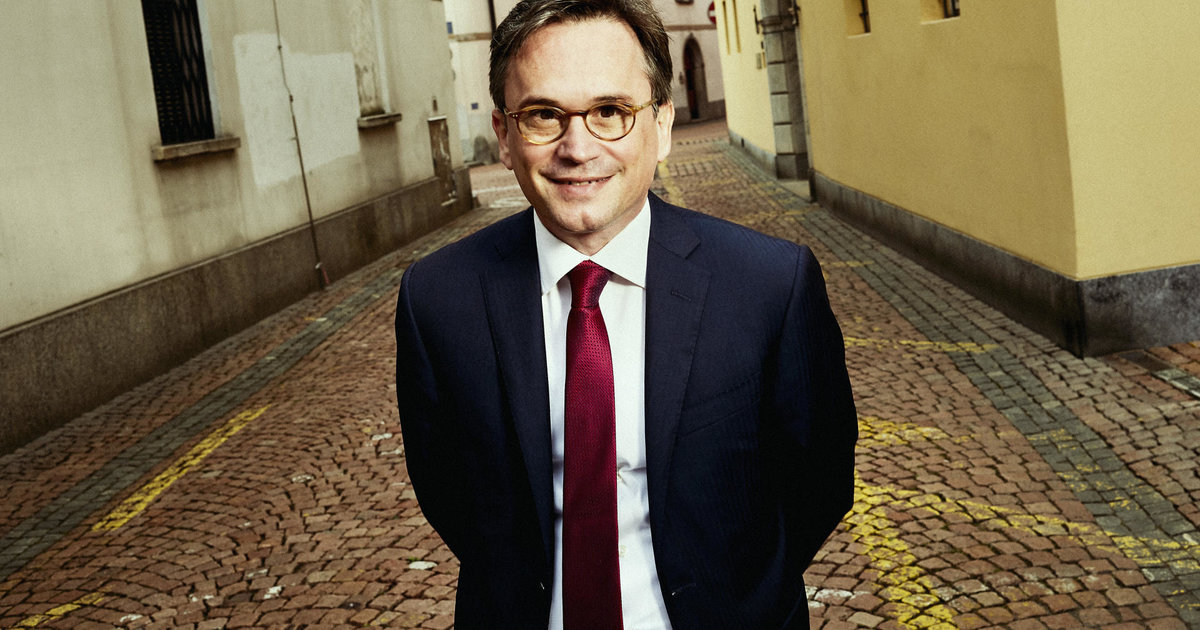 It has perhaps been forgotten for all these months of an international crisis. But after Wuhan and Lombardy, Ticino was the third region in the world to be hit by the Covid-19 pandemic. Christian Vittahe has not forgotten it. In March 2020, the State Councilor presided over his government. While the canton is on the edge of the precipice, this rather reserved doctor in economics, looking like an eternal student, does not hesitate to go to the front. He then engages in a bitter standoff with the Confederation, which blames the Ticino authorities for their decisions deemed illegal. Supported by a whole population, he will not give in.

An appointment was made in the heart of Bellinzona, in the shadow of Castelgrande, in the offices of the Department of the Economy and Finance. Christian Vitta offers to take a seat in one of the large meeting rooms, each at a good distance. The interview is masked. The first memory that the magistrate evokes is Bergamo, the martyred city. “There were these scenes of military trucks in single file piling up corpses. It was the first shock, ”recalls the State Councilor. While the rest of Switzerland remains carefree, Ticino takes fright. The Lombard city is only 60 kilometers from Chiasso.

The other striking image for Christian Vitta is the day when the Swiss army deployed to the border, “a first since the end of the Second World War”. The arrival of the virus is inevitable. On February 25, at the end of the afternoon, the FOPH announces the first case of Covid-19 diagnosed in Switzerland. He’s in Ticino. “It was the carnival period, people were looking forward to the holidays, the return of sunny days… But it went so quickly,” recalls the elected official. In just two weeks, everything changed. On the evening of Wednesday March 11, Christian Vitta, surrounded by all his colleagues, declared a state of necessity. The tone is as solemn as the hour is grave.

It will only take two days for the whole of Switzerland to follow suit with draconian measures such as the closure of schools. But for Ticino, which then alone concentrates half of the country’s covid deaths, these restrictions are not enough to stem the spread of the virus. On Saturday March 21, Christian Vitta returns to television to announce an “economic lockdown”, ie the closure of construction sites, factories and all industries in the canton. But the next day, the Council of State found itself disowned by the Confederation, through the Federal Office of Justice. The decisions would not be in accordance with the law. Bern insisted on a uniform system for the whole country. There is no question for a canton to go it alone.

These reprimands from beyond Gotthard hurt the people of Ticino, who have the impression of being abandoned. “I had the perception that our situation was not understood in the rest of the country, also through contacts that I had with relatives living in the region of Lausanne. Our canton is geographically anchored to Italy but politically anchored to Switzerland ”, recalls Christian Vitta, who finds himself in a Kafkaesque situation where on the one hand Bern accuses him of going too far and, on the other, the neighbor. Milanese not to do enough.

The Council of State is not backing down and is maintaining the closure of businesses. The tension is growing. “Ticino was united behind its government, including employers and unions. All this support gives you incredible strength, insists Christian Vitta. We couldn’t let go. ”

Behind the scenes, the president of the Council of State multiplies informal discussions, outside all the usual procedures, with several federal advisers: the president, Simonetta Sommaruga, Alain Berset, whom he knows for having worked with him in courses at the ‘University of Friborg, as well as his party colleague Ignazio Cassis. Finally, the Federal Council gave in and endorsed the concept of a “crisis window” allowing Ticino to assert its particularity, given the gravity of its situation. “The population would not have understood if we had retreated”, comments Christian Vitta.

Ticino will be completely shut down until the end of April. State Councilor since 2015, former mayor of Sant’Antonino, this 48-year-old father, who liked to present himself as a peacemaker, finds himself propelled onto the front of the stage. During the first wave, the government holds no less than three press conferences each week (Monday, Wednesday and Friday) broadcast live. People stop him in the street. He receives many letters, children’s drawings.

The crisis upsets the role of the presidency – rotating in Ticino – of a cantonal government. “It has become an important anchor point”, underlines the PLR. He particularly remembers this March 30, 2020, the day when, at a press conference, he observed a minute of silence in order to symbolically mark the milestone of the hundredth death of the covid in the canton: “I was surprised at the number of testimonies people, especially those around the deceased, who were affected by this gesture. This should remind us that behind the figures and statistics there are human tragedies. “

Ticino remains to this day the Swiss canton which has paid the heaviest price for the virus with the highest number of deaths per 100,000 inhabitants. It is also the one which recorded the most important job losses. For economist Christian Vitta, projections are complicated to establish, as “the restrictions affect sectors in different ways”. He wants to believe that “the post-crisis euphoria” will allow a rebound: “The question is whether this blow doping can be sustainable. ”

Read also:
Southern Ticino victim of the “lockdown” in Lombardy

But in this unprecedented crisis, where “it is impossible to have certainties over a horizon of more than two weeks”, Christian Vitta calls for caution. He is aware that the incredible solidarity of the first wave has given way to great moral and psychic fatigue. But he also knows that the signals across the border are worrying again. Faced with the third wave, Italy is closing in.