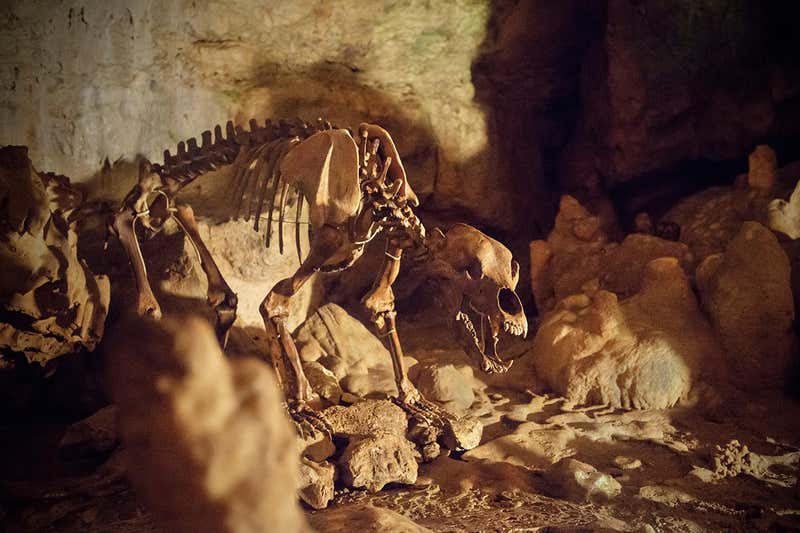 
A tiny ear bone from a cave bear that died some 360,000 years ago has given us the oldest non-permafrost genome. His analysis offers new perspectives on the evolution of these ancient animals.

Cave bears (Ursus spelaeus) appeared in Europe around 400,000 years ago before disappearing around 25,000 years ago. With a length of 3.5 meters and a height of 1.7 meters at the withers, these mammals found throughout the Eurasian continent were larger than modern bears. That being said, we still know little about them. A study now gives us more details.

With DNA, we can decipher the genetic code of extinct animals. The problem is that over time this data disappears. And beyond a certain limit, one becomes blind.

These works, published in Current biology, show that DNA can actually last longer than expected, opening up new opportunities for genetic research. The bone analyzed – a petrous bone in the inner ear – would in fact have formed around 360,000 years ago. That’s about seven times older than anything the team had been able to study so far.

Note that older DNA samples do exist, of course, but they all come from fossils found in permafrost (permanently frozen ground). A few days ago, DNA 1.2 million years old had been recovered and partially sequenced from the molars of two mammoths.

Several characteristics have allowed the conservation of the DNA of this small bone, found in the caves of Kudaro (in Georgia). “Even if it does not come from permafrost, it comes from a cave in the mountains where conditions – such as temperature and humidity – are fairly constant and the average temperature remains low ”, notes Michael Hofreiter of the University of Potsdam. Furthermore, “This is a petrous bone, which is the hardest bone in the mammalian skeleton. Therefore, DNA survives best in this type of structure ”.

A divergence 1.5 million years ago

Equipped with this small bone, the researchers compiled and analyzed billions of short DNA fragments by a computer to eliminate the contaminating sources accumulated over the previous 360,000 years (mainly bacterial and fungal). A reference genome taken from a modern polar bear enabled this cleaning process.

A key question was to what extent this bear might be related to modern bears. Equipped with their genome, the authors carried out a comparative analysis with other specimens evolving between 70,000 and 35,000 years ago. The new document confirms that cave bears and modern bears diverged from a common ancestor and that this split occurred some time ago about 1.5 million years old.

Until now, scientists thought this separation happened just over a million years ago, but they weren’t sure when.

This genome has made it possible to estimate when brown bears and polar bears, as well as the main evolutionary lineages of cave bears, separated. Interestingly, all of these separations happened around the time that the Ice Age cycles got more extreme. So it seems that the climate influenced the evolution of these bear species.

This new study, in addition to telling us more about the evolutionary history of bears, naturally demonstrates the surprising durability of DNA. For researchers, it may even be possible to find ancient DNA outside of permafrost in samples as old as 500,000 years, if the conditions are favorable.