Can’t sing? Neither do these birds … and that’s a big deal 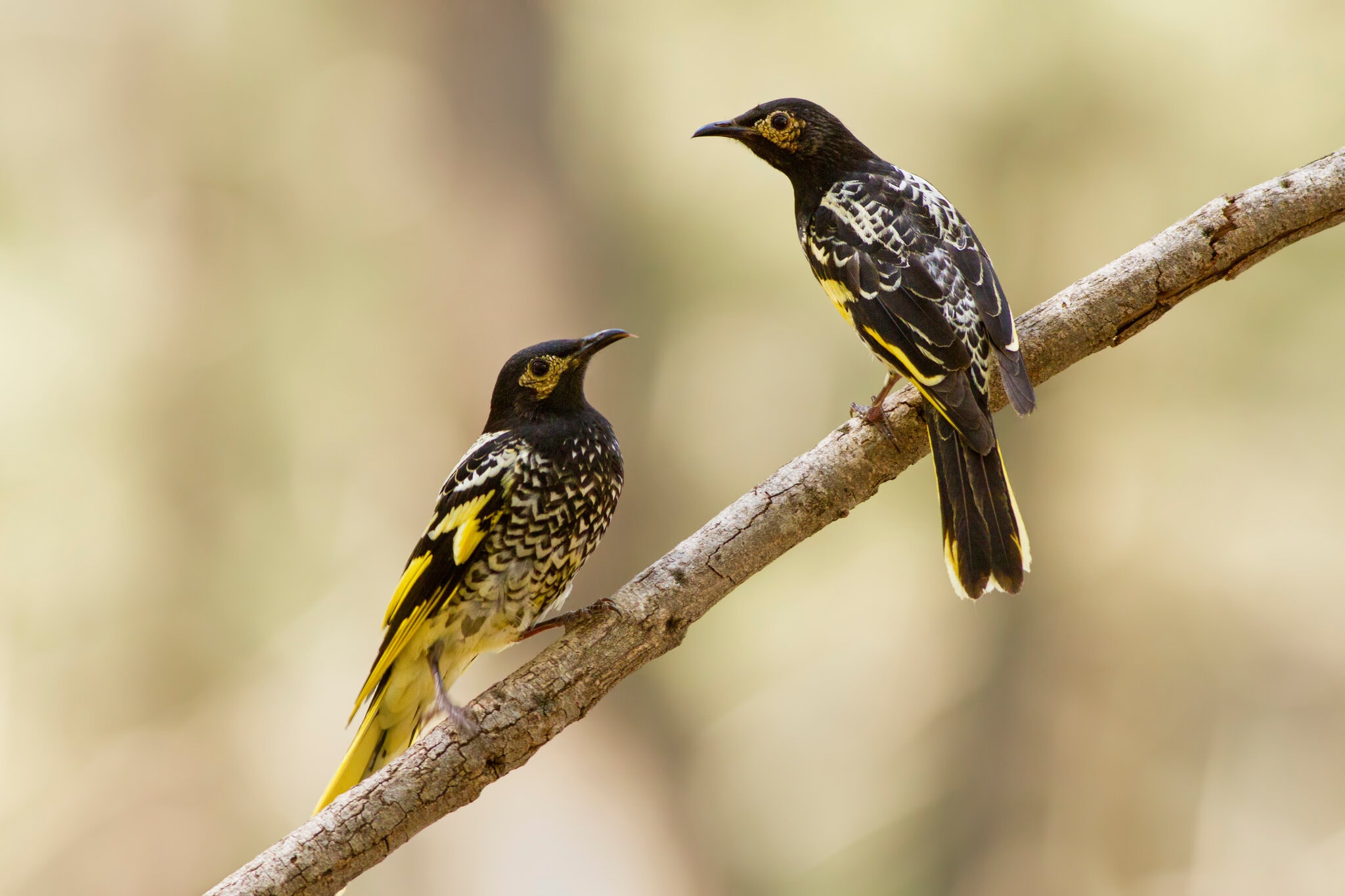 New generations of a critically endangered songbird species struggle to learn the tunes they need to court. Without partitions, no partners. And without partners, it is guaranteed extinction.

Regent Honeyeater once traveled in numbers, feeding on flowering eucalyptus and mistletoe from Melbourne to Brisbane. Sadly, as Australia’s temperate forests have been cleared over the past decades, their populations have plummeted – from around 1,500 birds in the late 1980s to fewer than 400 today. The species is now listed as Critically Endangered by the International Union for Conservation of Nature (IUCN).

These drops in populations have had a direct effect on the youngest specimens who are struggling to find older congeners to teach them to sing, reports a study. As a result, these birds don’t learn the notes they need to court. Some try to compensate by imitating the songs of other birds, but females are not fooled.

While a missed rendezvous would not be much of a problem for a healthy population, for a species with only a handful of individuals spread over an area larger than the UK, the loss of song culture represents what researchers call a “precursor of extinction”.

As part of this work, the authors collected observations of the species recorded between July 2015 and December 2019 in order to assess the distribution and density of populations. They then went to the field to record the songs of several dozen males.

At the same time, they considered the songs of individuals collected from 1986 to 2011. Result: the researchers noted significant differences between the vocalizations of all the individuals. Overall, 12% of males of the study did not learn songs specific to their own species, and the more a bird deviated from the “regional cultural norm”, the lower its reproductive success.

“These are carefully conducted, reasonable, and evidence-based scientific conclusions that, in a few short pages, describe what the extinction of a species looks like.”, concludes David Watson of Australian Charles Sturt University.

“These results underline the importance of taking into account the cultural diversity of animals in conservation studies”, adds Hawaiian forest bird song specialist Kristina Paxton of the University of Hawaii at Hilo. “This study adds to a growing understanding that in many species, such as humans, loss of cultural identity can have dramatic effects on their ability to persist.”.

Ross Crates, the main author of this work, draws a human analogy with the indigenous societies of Australia and the United States, whose languages ​​have been lost among populations whose members have become too scarce to support them.