But who would be able to “kidnap” a space telescope? 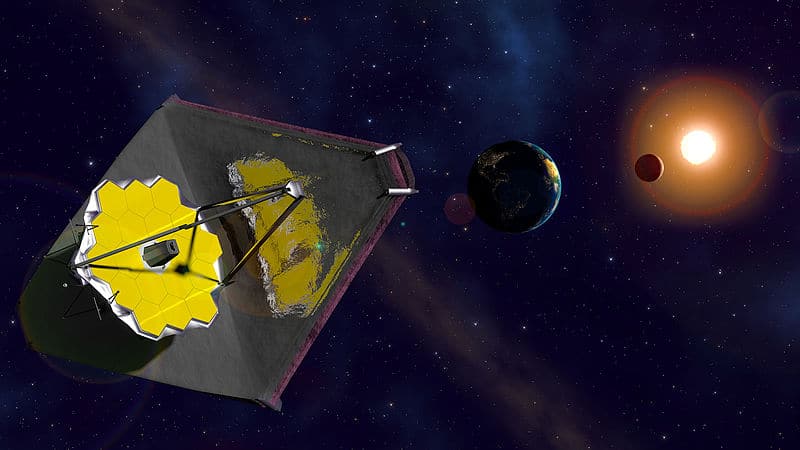 The James Webb Space Telescope is Hubble’s future successor and is slated for launch in October 2021. What if careless individuals plan to steal it? The idea seems completely unthinkable, but it would not be the first time that this has happened in history.

A crazy idea, but not new

In orbit around our planet since 1990, the Hubble Space Telescope should bow out during the decade 2030-2040. Its successor is none other than the James Webb Space Telescope, scheduled for launch on October 31, 2021 aboard an Ariane 5 ECA rocket. However, its value would be around ten billion dollars, which could attract lust according to an article published by Atlantic on March 12, 2021. However, this article is based on the publication a month earlier of a tweet from astrophysicist Christopher Conselice:

We learned today that the exact date JWST will ship by boat to its launch site is a secret as there are fears that hackers will capture it for ransom. Just when you thought things couldn’t get worse …

He attended a NASA meeting during which the delivery of the telescope to the Kourou space center in Guyana from California was discussed. It’s about a long boat trip including through the Panama Canal. NASA, however, did not wish to give more details concerning in particular the means of defense chartered to the convoy. Still, not surprisingly, it could be a United States Navy escort.

Stealing the James Webb Space Telescope, that’s a crazy idea! And yet, the history of space observation has been many times tainted by this kind of misdeeds.

One of the first cases of its kind dates back to 1872, when Samuel Langley, director of the Allegheny Observatory in Pittsburgh (United States), observed the disappearance of the main lens of his telescope. The thief had left a note when he left, offering to return the lens in exchange for a ransom.

Let’s also mention the case of the James Clerk Maxwell Telescope (JCMT) which had to be transported from the United Kingdom to Hawaii at the end of the 1980s. The ship’s captain did not leave directly for the Pacific archipelago, but first made an amazing stopover in the Netherlands. In order to increase his profits, he had highly explosive equipment on board. Arriving very late in Hawaii after many adventures, the captain suffers heavy penalties. He then refuses to pay and threatens to drop the telescope into the sea. A court decision, an anti-piracy law and above all an intervention by the coast guard were necessary to resolve the situation.

The last case of its kind dates from 2012 and concerns a telescope from the University of Minnesota to be delivered to NASA’s Columbia Scientific Balloon Facility, Palestine, Texas. The driver whose mission is to transport it by road disappears for several days. He is found asleep on a rest area in the transport truck without its trailer. It will eventually be found abandoned in a car wash.

When viewing a map, it is possible to imagine the journey that the James Webb Space Telescope will perform. Given that it will leave California for French Guiana via the Panama Canal, it should logically follow Mexico, Guatemala or even Costa Rica. Then it will arrive in the Caribbean and pass close to Colombia and Venezuela before reaching its final destination. Will pirates have the wrong idea to attack the convoy?