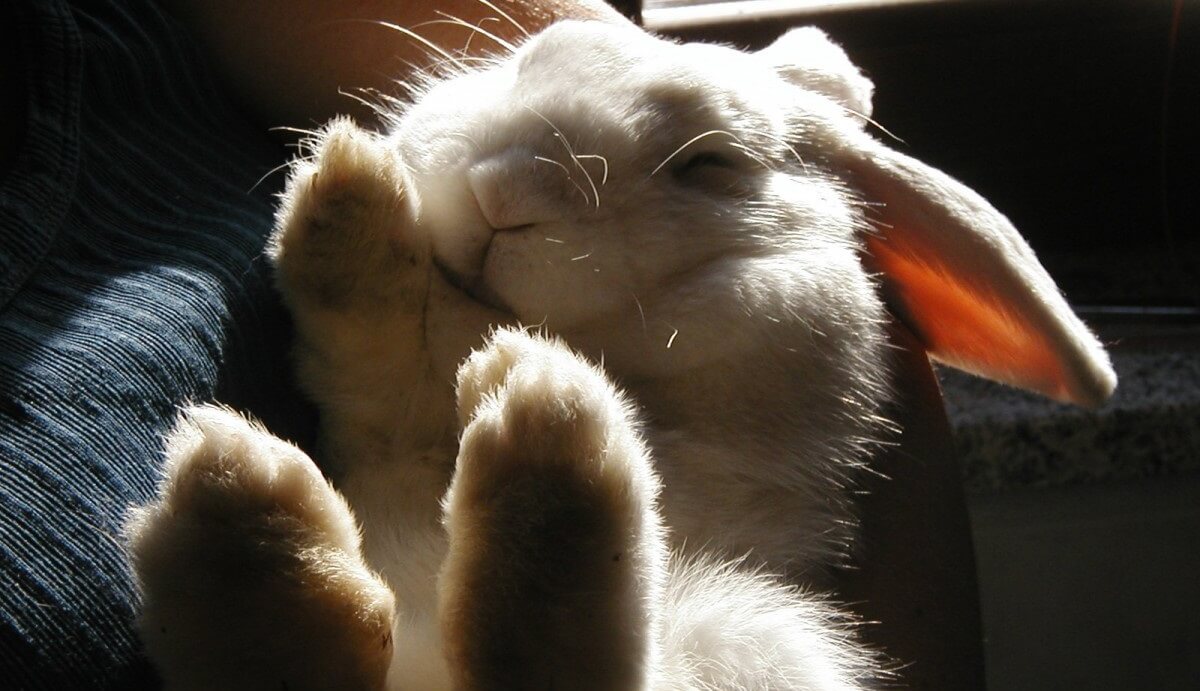 
This is great news to start the new year: the French fashion brand American Vintage has finally committed, via a press release published this week on its networks, to no longer use angora from the fall-winter 2021 collection.

This victory for rabbits comes after nearly two years of campaigning by PETA and its affiliates against the use of angora by American Vintage, which has more than 1,500 outlets in 10 countries. We have organized countless online actions, protests with the One Voice association in front of the brand’s stores in major cities around the world including Paris, London, Rome, Hamburg etc., encouraged compassionate people to call headquarters and brand customer service, and distributed leaflets and posters. Contacted on numerous occasions by PETA, the company had also been bombarded with messages from more than 320,000 supporters of the association and its international affiliates, and has received thousands of comments from indignant Internet users on social networks.

American Vintage thus joins the more than 400 brands, including Naf Naf, Zara, Camaïeu, The Kooples, Calvin Klein and Lacoste, have committed not to sell angora after viewing the surveys disseminated by PETA.

What is wrong with angora?

In allegedly “ethical” Chinese farms visited by PETA USA – and purported to provide animal welfare guarantees to companies like American Vintage – rabbits spend their lives in filthy cages, with no amenities or care. They only come out for violent waxing, during which they scream in terror and agony as they are tied up, held firmly to a work surface, and their hairs plucked out with full handles, sometimes tearing their delicate skin. Finally, after a short life of misery, these rabbits end up violently killed in the slaughterhouse. 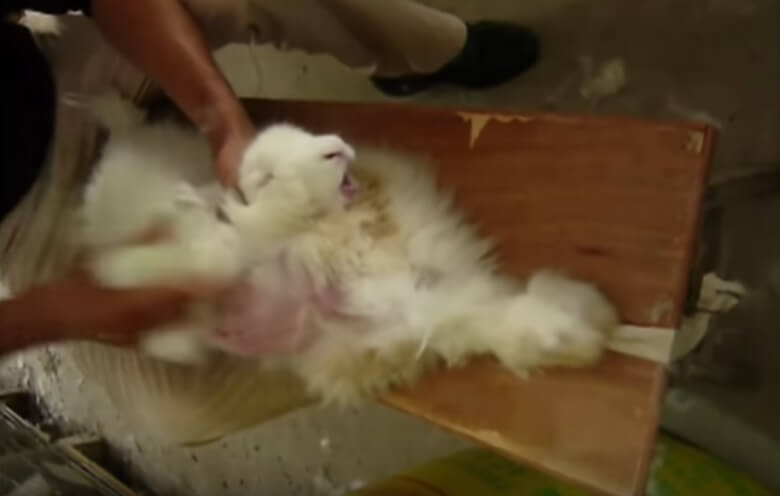 In France, a One Voice survey illustrates that filth, suffering and violence also reign in French Angora rabbit farms.

How to help rabbits

Animals are not at our disposal. The best thing you can do to help abused rabbits for the fashion industry is to refuse to buy angora or fur and ask your family and friends to do the same.

Also, message Farfetch and ask them to follow American Vintage’s lead by pledging not to buy Angora: