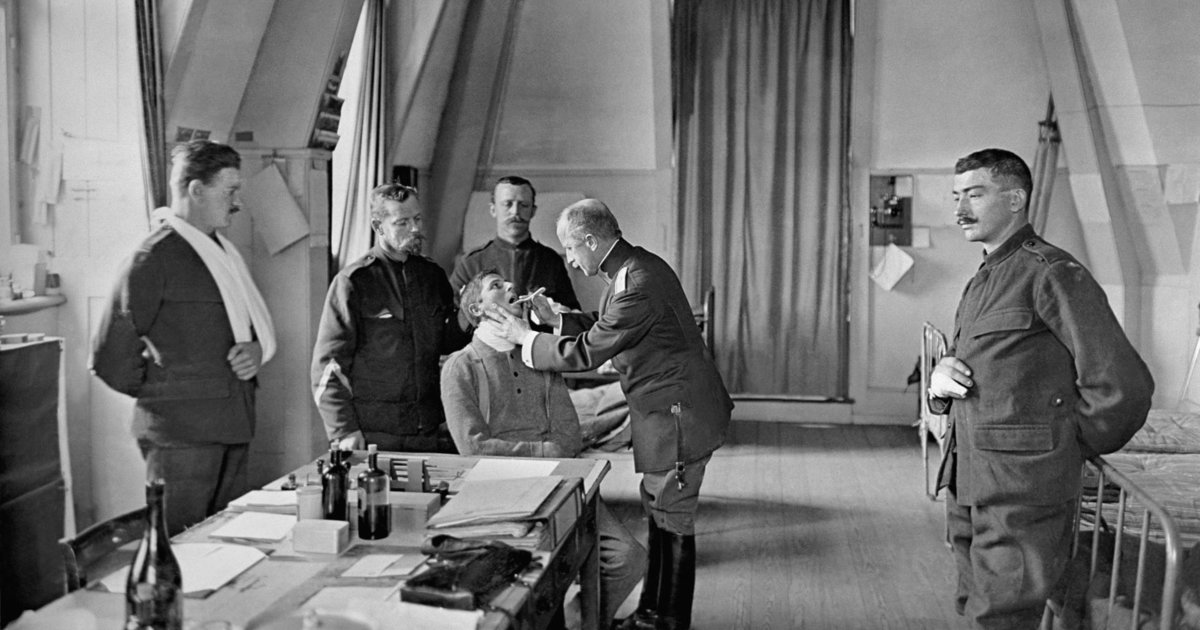 Hesitant actions, too early relaxations or ignored restrictions: the management of the Covid-19 pandemic in Switzerland has striking similarities with that of the Spanish flu, according to a team of Swiss and Canadian researchers who have traced the events that occurred in the canton of Bern during the Spanish flu. To do this, they analyzed nearly 10,000 reports filed in the cantonal archives concerning more than 120,000 cases of Spanish influenza from 473 municipalities.

It turns out that the Spanish flu – which killed 24,447 people in Switzerland – first spread in the French-speaking part of the canton of Bern and in the cities during the summer of 1918. Infections in the regions alpines followed a little later. At the start of this first wave, the canton of Bern reacted quickly and in a centralized manner: it restricted meetings, closed theaters, cinemas and schools. Choral rehearsals were banned, but factories and stores remained open. The number of infections then declined, and the restrictions were lifted far too soon, resulting in another wave appearing in the fall, much worse than the first.

“It is impressive to see how the actions of government and authorities increasingly resemble each other during the pandemics of 1918 and 2020,” said Kaspar Staub, historian at the University of Zurich. There are of course some important differences. Today, it is another virus, living conditions are not the same, the professional world is much more interconnected and medical knowledge has greatly evolved. Nevertheless, some patterns are surprisingly similar.

Find
our main articles
devoted to the pandemic.

According to the study, published in the journal Annals of Internal Medicine, the main mistake of the canton of Bern was to react hesitantly at the start of the second wave, and to place the management of the crisis in the hands of the municipalities. However, in some cases, the latter took much less action than the canton during the first wave. “This decentralized reaction for fear of new restrictions and their economic consequences has not worked,” says Kaspar Staub. It was not until a few weeks before the cantonal government took more stringent and centralized measures, which made it possible to slow the progression of the pandemic somewhat.

The second wave nevertheless maintained its grip, and the situation only worsened when, in November 1918, when the number of cases was still high, conflicts broke out between the government and the workers, events which culminated with a national strike and mass rallies. The presence of soldiers in towns has further increased the number of infections.

In addition, after the nationwide strike, many people opposed the restrictions on gatherings, which were later relaxed. “These events caused a significant rebound in the number of cases, which made the second wave all the longer,” Kaspar Staub analyzes. A similar development is feared today because of the mutations of the coronavirus.

A glimmer of hope

The study shows that Switzerland could have learned lessons from its history, underlines the Bernese epidemiologist Peter Jüni, co-author of the research. “It is difficult to understand how, in a well-organized, developed and privileged country like Switzerland, one in a thousand people could have died of Covid-19 and one in 300 be hospitalized”. Unfortunately, the Federal Council has acted far too hesitantly in this crisis situation, believes the epidemiologist, who considers that there has been a polarization between political representatives and scientists which has led to political paralysis since the fall 2020.

Note, however, that the historical perspective also reveals some hope: in the spring of 1919, the Spanish flu resurfaced in a third relatively benign wave, then it disappeared.