Better understand the manifestations of climate change in France 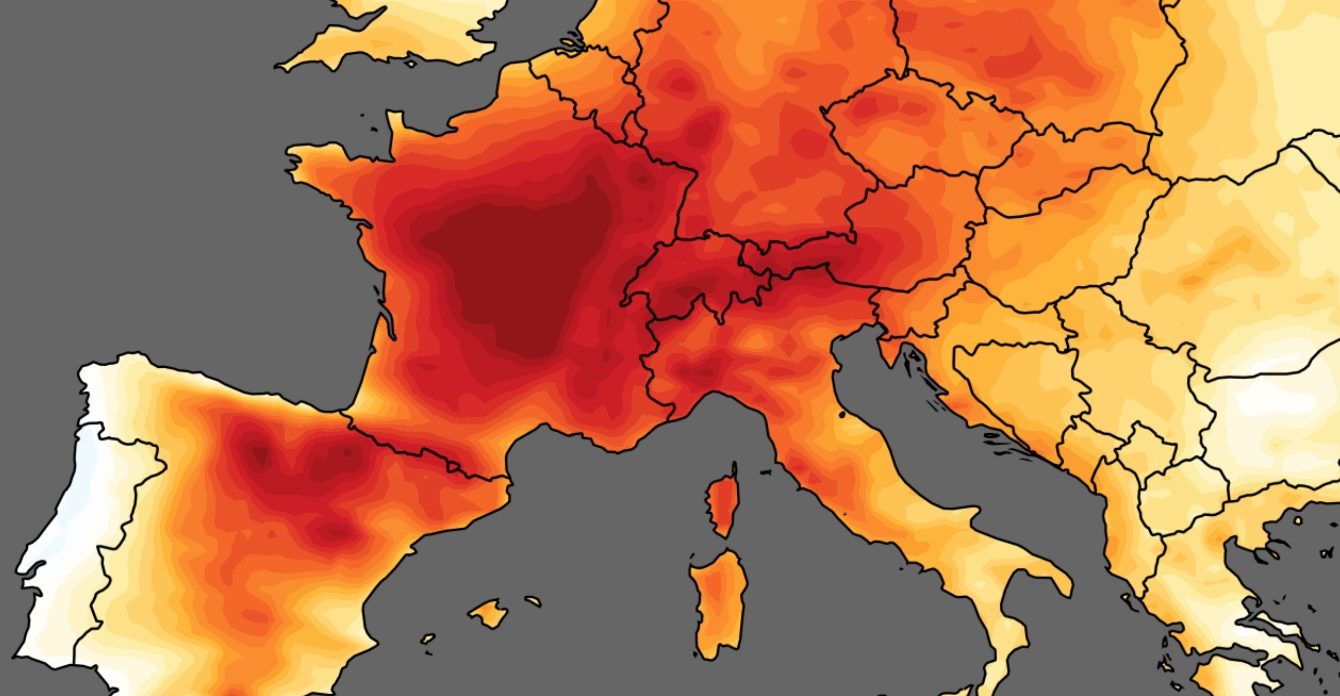 If the planet is warming as a whole, the more local course of this evolution brings into play an additional complexity. In fact, a continuous accumulation of heat is superimposed by events (heat waves, floods, etc.). The latter are often the markers of an awareness or a reminder of the problem for the general public. Also, understanding the way in which climate change is developing at the scale of a country like France and adapting to it requires going beyond the mere averages. This article aims to contribute, modestly but really, to a better understanding of these issues.

Since the start of the industrial revolution, the global average temperature has increased by 1 ° C. An increase which was mainly articulated from the 1970s. Note that this value – indicative – may seem low at first glance. However, it must be realized that it is the result of a wider spatial and temporal integration. Also, noting changes of the order of degree on this scale of integration is very significant. By way of comparison, glacial-interglacial fluctuations are dependent on a variation of approximately 5 ° C on the global average.

For mainland France, the average rise is close to 2 ° C, with a temperature rise of 1.7 ° C since 1900. If the warming continues at the current rate, an increase of around 3 to 4 ° C is expected. ‘here at the end of the century compared to the period 1976-2005. By clarifying things a little, we can note that it is the hot season which is the most strongly affected. In addition, the warming is more marked over the south-eastern half of the country and in altitude, but relatively moderate going towards the north-west.

For precipitation, although the country’s annual average will not change significantly according to forecasts, the spatial and seasonal distribution of rainfall is changing. In fact, we generally expect humidification in the cold season and drying out in the hot season. A perspective that should especially be articulated in the second half of the century (after 2050). Here too, there are appreciable regional contrasts. For example, the summer rainfall deficit promises to be marked over the southern half but more moderate going north.

… punctuated by the complexity of the real world

If this very general brushing of climate change has a practical side of popularization, it nevertheless hides an important fact: we do not directly experience these average evolutions which can only be calculated. Their interest is to isolate more or less slow climatic components in order to provide a general framework for reflection. In particular, for the alert. But the way in which changes are imposed and will be imposed on us comes from the combination of a dominant fluctuation – the warming due to GHG – and a whole series of secondary fluctuations. These latter can be internal to the climatic machine or forced, for example by volcanism.

In our regions, we can distinguish four climatic regimes between which the atmosphere transits from one week to another (see above). However, depending on the regime in place, the decline of global warming in our territories will vary considerably. For example, in diet NO +, favorable to dry weather in the south of France, the risk of heat waves and lack of water will be greatly increased. On the contrary, in regime NO –, conducive to the passage of disturbances over France, the risk of intense precipitation and flooding will be increased tenfold.

In short, the wanderings of atmospheric – or oceanic – circulation mean that the evolution of climatic variables will never be done as simply as the averages suggest. But more realistically in the form of crises alternate, always more frequent and consistent with a globally warmer world. Also, the time that the atmosphere spends in each regime may itself change. In this regard, the upheavals on the way can be seen as a distortion of known statistics.

This complex evolution, which is and will be that of the real world, crystallizes the whole issue of adaptation to climate change. Indeed, developing measures to protect territories requires arbitration in decision-making. Confronting the complexity of the problem is therefore a necessity and, as we have seen, also a source of difficulties. For these reasons, the need for education and pedagogy vis-à-vis these issues is essential. Around such a context, the momentum given by AcclimaTerra in the Aquitaine region – and quickly followed by other initiatives of the same type – is a pioneer in this field.

Sources: ClimatHD: past and future climate in France / DRIAS the futures of the climate / The impacts of climate change in Aquitaine: a scientific overview, Le Treut, H. (2013) / Anticipating climate change in Nouvelle-Aquitaine, Le Treut , H. (2018).